In this article, you will learn about data records of atmospheric essential climate variables that have been produced from satellite observations by the The Climate Change Initiative (CCI). The article will also introduce you to Climate from Space (CfS), which is a web application to visualise CCI data and to engage with stories on the utilities of essential climate variables (ECVs) in describing the climate. 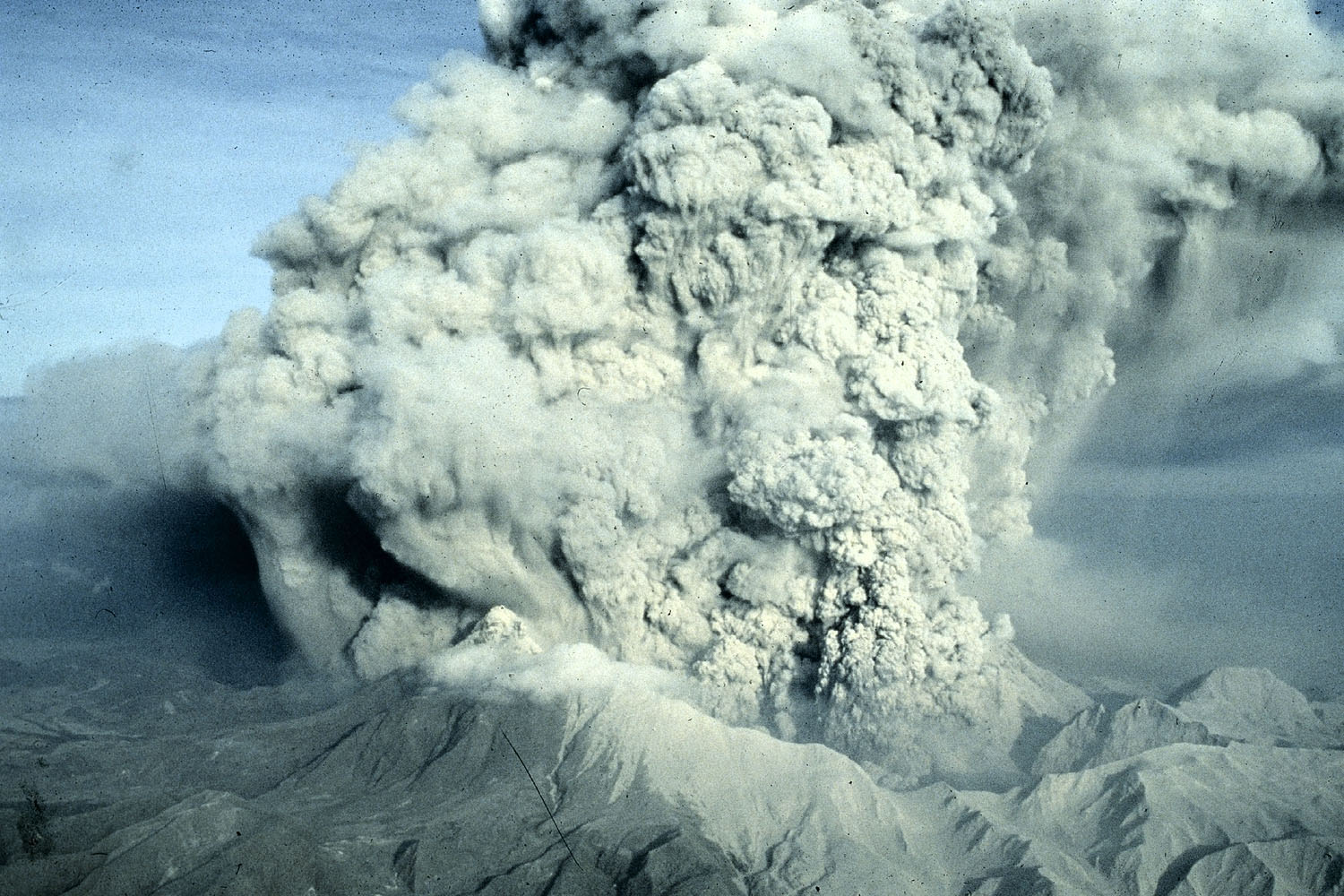 65 million years ago an asteroid 10 kilometres wide generated a huge explosion. This explosion spread a layer of dust and debris (aerosols!) into the atmosphere, which resulted in these aerosols blocking incoming sunlight. The temperature of the earth dropped and this started the extinction of the dinosaurs.

These days, however, most people know aerosols as products from human activities such as fossil-fuel burning and agricultural activities that generate dust and other airborne particles. But though most ‘know’ about aerosols, not many know exactly what they are or what they do, because most aerosols are difficult to detect with the human eye. Or are they? In fact, all these tiny particles in the atmosphere interact with the incoming solar radiation. Depending on the type of aerosol, a certain portion of the solar radiation is scattered in various directions. Water vapour may also attach to these particles, causing cloud formation, and altering their radiative effect (see clouds). Based on their type and location, aerosol particles may cause either cooling or warming of the atmosphere.

The cooling effect of aerosol has masked the accelerated global warming. Besides, these fine aerosol particles are a major concern for public health, causing cancer and cardiopulmonary mortality. Human activities have increased the total amount of aerosol particles in the atmosphere by a factor of two in comparison to the pre-industrial era. Find more on aerosol from the Aerosol Project of the Climate Change Intiative 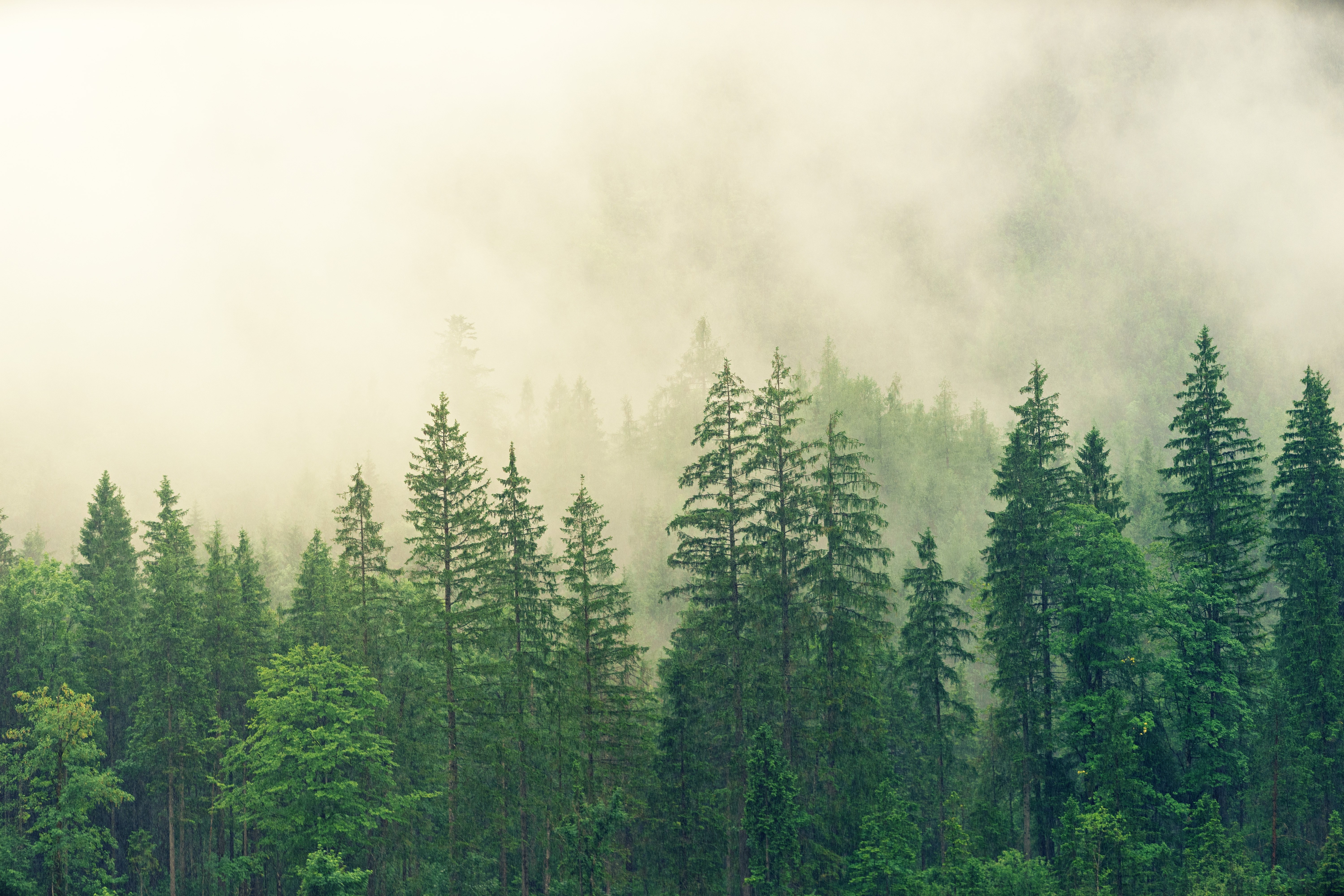 Have you ever taken a hot shower with the door closed? Did it get misty at some point? You probably had to wipe down the condensed water from the mirror before you could use it. Clouds start similarly, except that water vapour does not attach to a mirror, but to the surfaces of aerosol particles: warm moist air rises, cools down, and the water vapour condenses, forming clouds (Read the CfS’s story on the Water Cycle).

Clouds largely control the amount of energy reaching and leaving the earth, and different cloud types do so in different ways. The type of cloud is determined by many factors: the land cover (water, forest, urban area), topography, movement of weather systems (fronts), and altitude. A recent discovery has shown that urban areas enhance the persistence of cloud cover in the afternoon and evening which may lead to an increase in the urban heat island effect (Read the CfS’s story on Urban Heat). Find more on clouds from the Cloud Project of the Climate Change Intiative 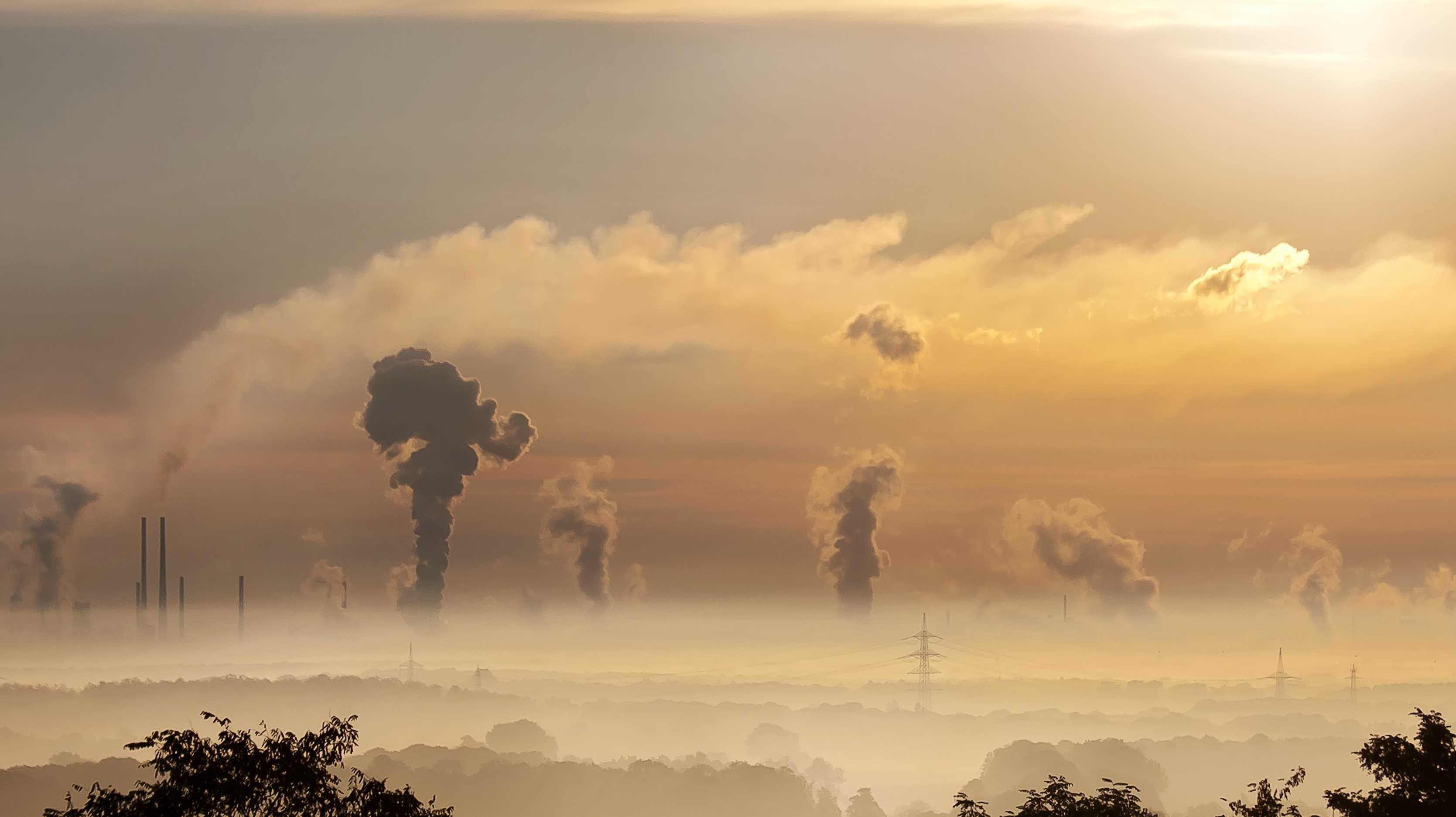 Do you know that feeling; the first warm day of the year. You sit in the classroom looking forward to going outside and finally enjoy the warm weather. The sun shining through the window is almost burning your skin, but when you can finally go outside, the sun no longer seems that strong. Inside the classroom, it is almost as if you are in a greenhouse; all the heat that enters through the window gets trapped, and once in, even at night, merely escapes. Greenhouses make sure that even in geographical areas that are generally too cold to grow certain crops, they can be grown. They also help sustain high enough temperatures for crops during winter.

In greenhouses, it seems like the only way for heat is in. Once in, there’s no way out. The atmosphere around the earth acts similarly, but on a bigger scale. Instead of glass ceilings trapping the heat, it is certain gases in the atmosphere that do so. Any idea what the overarching name is for those gases? Do you see the link yet? They have been called greenhouse gases! 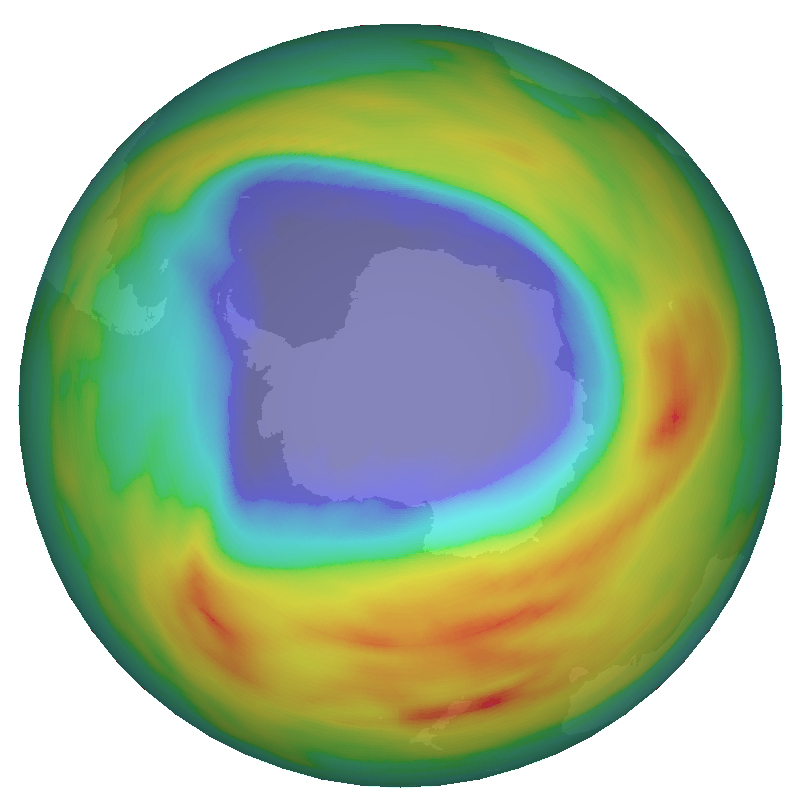 Who has not been confused about ozone; if the hole in the ozone layer is bad because it allows harmful UV to burn our skins, then we need ozone right? But then it is also bad because it pollutes our air? (Read the CfS’s story on Is ozone good or bad?) Let’s have a closer look at that. The chlorine and bromine-containing gases that come from our deodorant are responsible for major ozone losses in the upper atmosphere, which results in a cooling effect on the Earth’s surface. In contrast, pollution from car exhaust and fossil-fuel burning will increase the level of ozone lower down near the surface which is harmful and has a warming effect on the Earth’s surface. Due to these dual processes, the climate impact of changes in ozone concentrations varies with the altitude.

Satellites have aided the discovery of the hole in the ozone layer and now help us monitor the changes in total ozone as well as its vertical distribution. Find more on ozone from the Ozone Project of the Climate Change Intiative 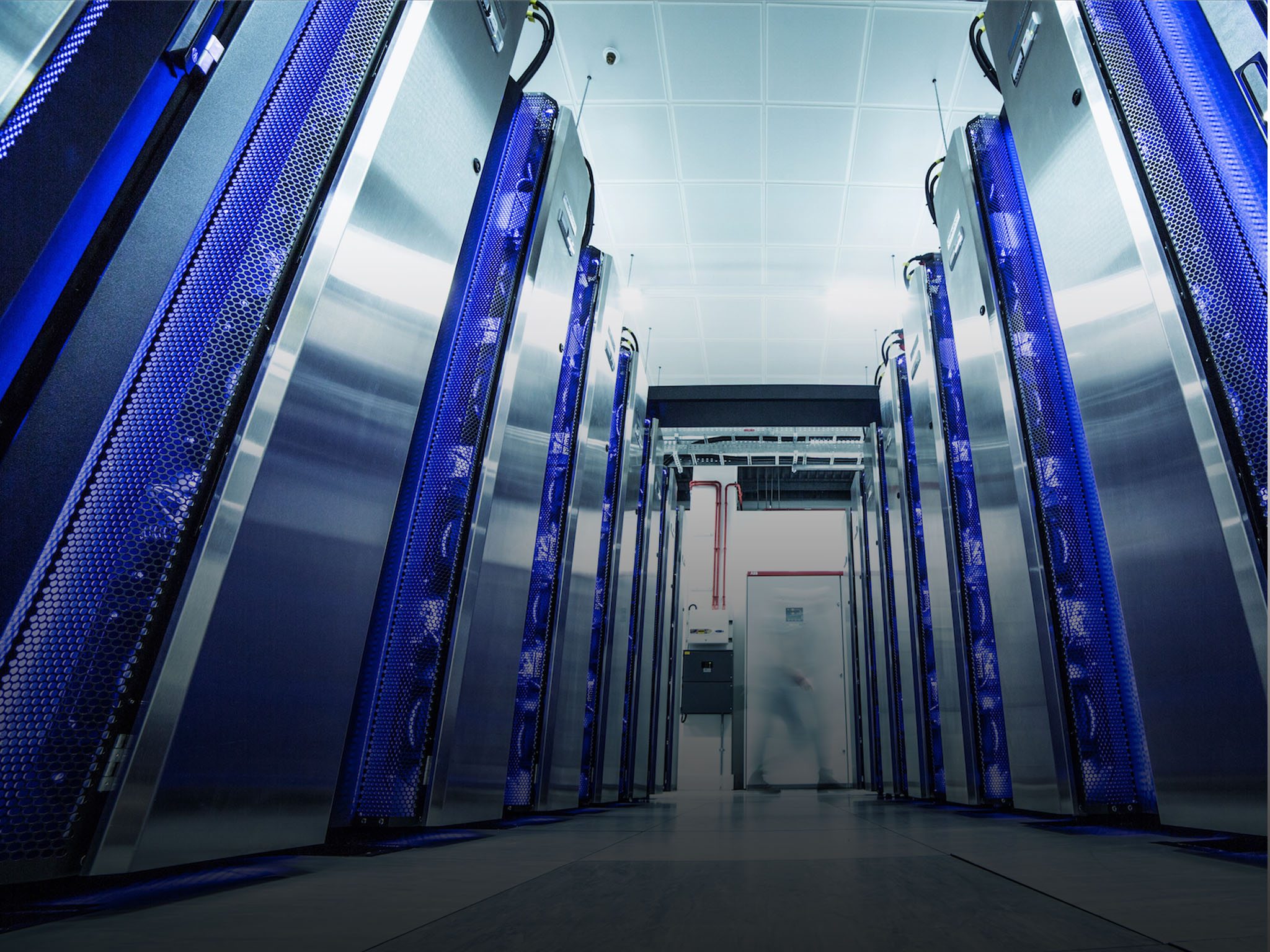 If we were to give you and your friends a 100 Euro bill and said you could buy anything you want, you would still have to make decisions; who is going to get how much? What are you going to spend it on? Maybe, if you all take some side-jobs, you could make some more money to spend! But what if one of you gets a higher hourly wage; are you still going to distribute the money you collectively make equally?

This is something policy-makers worldwide also have to deal with. Except that they have to share and allocate greenhouse gas emissions. To fight global warming, it is now globally decided that we cannot just keep going the way we have done before. We need to drastically reduce the amount of fossil fuel burning so that emissions are limited. For this reason, there is a Global Carbon Budget – a total maximum amount of greenhouse gases emitted by humans redistributed among the ocean, atmosphere and biosphere. This budget is divided between countries so that they all know how much they can ‘spend’. But what if a country takes on a side-job of creating more carbon sinks? Then practically, they have more to spend (Read the CfS’sstory on the Carbon Cycle). They can decide to emit more themselves or sell their emissions to other countries.

How can you quantify regional emissions and sinks? To monitor whether the carbon budgets are reached, ESA’s REgional Carbon Cycle Assessment and Processes (RECCAP) project collaborates with the Global Carbon Project. They support and accelerate the analysis of regional carbon budgets, closing the gap between the emissions measured and finding the sources (and sinks) to reduce the uncertainty in the budget. The data-driven models allow for the monitoring of regional CO2budgets. This enables policy-makers worldwide to collaborate on finding solutions to keep our planet healthy (Read the CfS’s story on Climat Modelling). 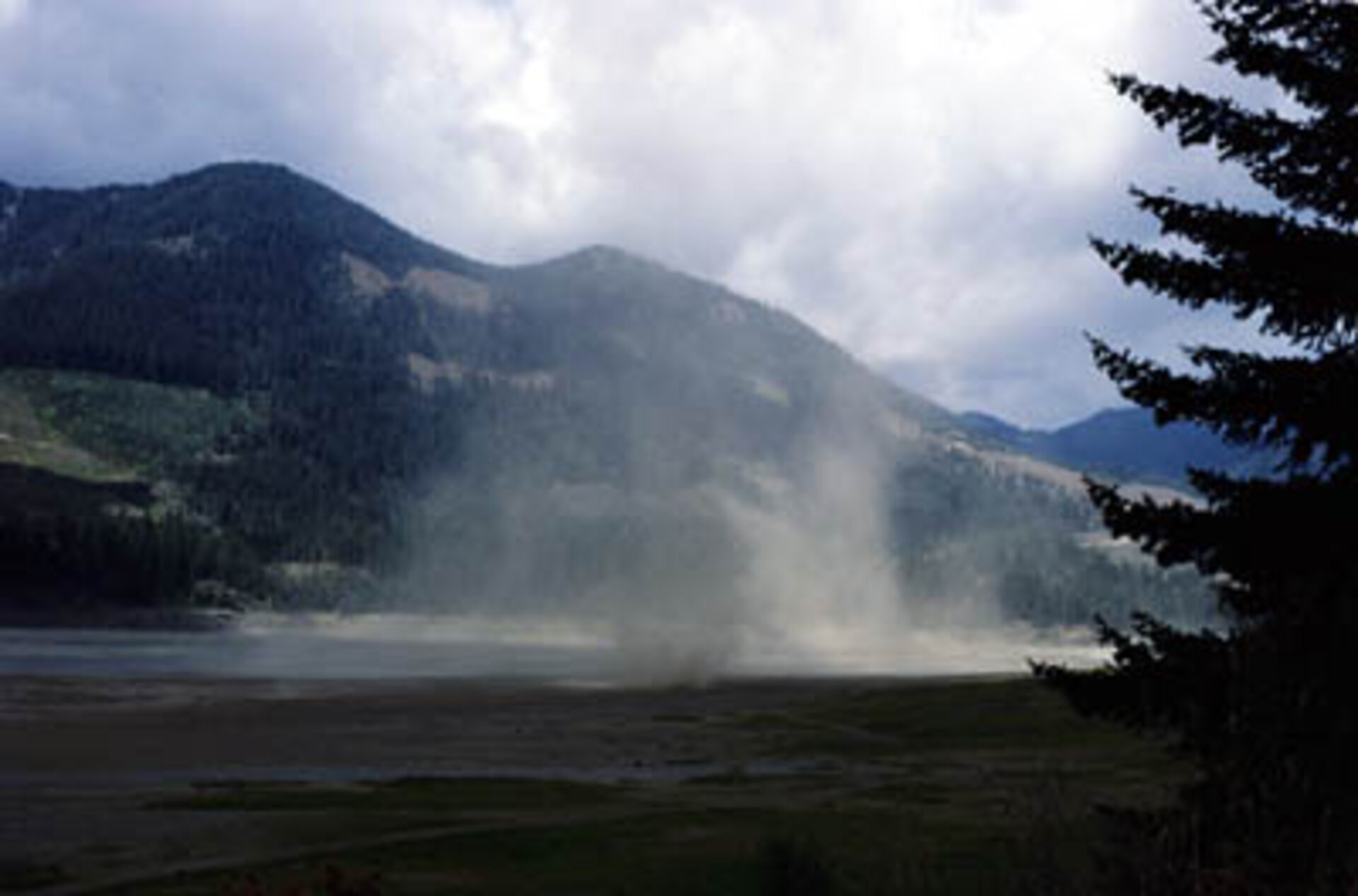 If you have ever been in a sauna, you have seen that to keep the sauna hot and humid, you must put water on glowing stones. The water evaporates and becomes water vapour. The higher humidity makes it feel hotter and therefore you sweat more. Sauna steam has a Finnish name: löyly. Interestingly enough, water does not need to boil to evaporate. Water evaporates at almost any temperature, because evaporation depends on the energy of individual water molecules. When a water molecule gains enough energy, it can escape the water surface as vapour.

Water vapour in the atmosphere is a key component of the Earth’s hydrological cycle. Many physical processes help redistribute water from the oceans to the land involving the formation of clouds, precipitation, and extreme weather events (Read the CfS’s story on the Water Cycle). Water vapour also has a key role in constraining the Earth’s energy balance. It is the most important natural greenhouse gas in the atmosphere and constitutes strong positive feedback to anthropogenic climate forcing from carbon dioxide (CO2). The water vapour feedback is critically important in understanding the past and determining future climate change, along with its global and regional impacts. Because of its importance in these different processes, water vapour is an Essential Climate Variable (ECV).

The properties of the Earth’s atmospheric water vapour distribution challenge not only climate research but also Earth observation science, from instrument development to retrieval of science. Find more from the Water Vapour Project of the Climate Change Intiative

The next article will deal with essential climate variables of the cryosphere that have been produced from satellite observations by the Climate Change Initiative, CCI.