You will learn about the solar radiation reaching the Earth and the exchange of energy between the atmosphere and the Earth's surface.
© University of Twente
Earlier on, you have reviewed atmospheric circulation and the difference between weather and climate. Now you will turn your attention to the main cycles that control the dynamics of the climate. In this article, you will learn about solar radiation reaching the Earth and how the energy available to the atmosphere, land, and oceans controls the climate.

Without energy, everything we know would be eternally still, motionless, flux-less, until some energy is made available, by our Sun.

Solar radiation entering Earth’s atmosphere triggers a chain of physical (and chemical) reactions, creating differences in potential energy. Those generate fluxes moving from regions of high potential to regions with low potential, to restore the balance. This cycling of heat between the atmospheric layers and the Earth’s surfaces is the energy cycle, see Figure 1. 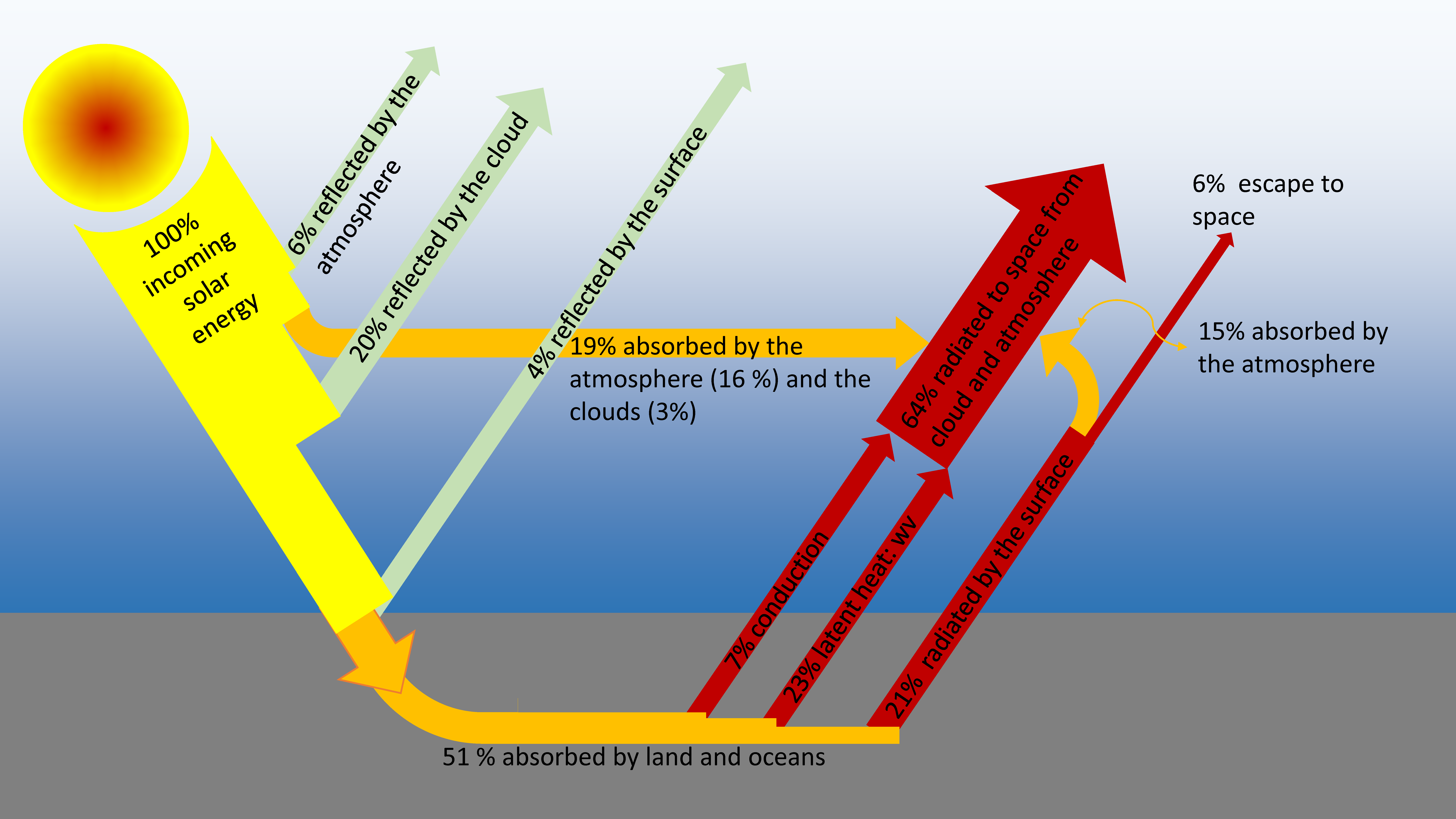 Over much of the atmosphere, the emission exceeds the absorption, and this is called net radiative cooling (NRC), but in the tropical and summer portions of the stratosphere there is net solar absorption.

How does the energy cycle affect the climate?

The inhomogeneous absorption of energy by the atmosphere, land, and oceans is the primary driver of atmospheric circulation and ocean dynamics (Ma et al., 2021).

Heat transport from the tropics to the polar regions and energy conversions between potential and kinetic states are the main drivers of atmospheric circulation (Lorenz, 1955). Any change in the energy cycle, due for example to net warming, affects the mean state and variability of the climate system. For example, Li et al,. (2017) showed that the efficiency of Earth’s atmosphere as a heat engine increased in response to climate change. This has caused a significant increase in eddy energies – the energies associated with storms, eddies, and turbulence. Changes in the energy cycle also have considerable effects on the water cycle. Laliberté et al., (2015) showed that global warming may increase the intensity of the water cycle but at the expense of its ability to power atmospheric circulations.

In the next article, we will explain the water cycle and show how it is linked to the energy cycle. Then we will see how they control the weather patterns and climate.