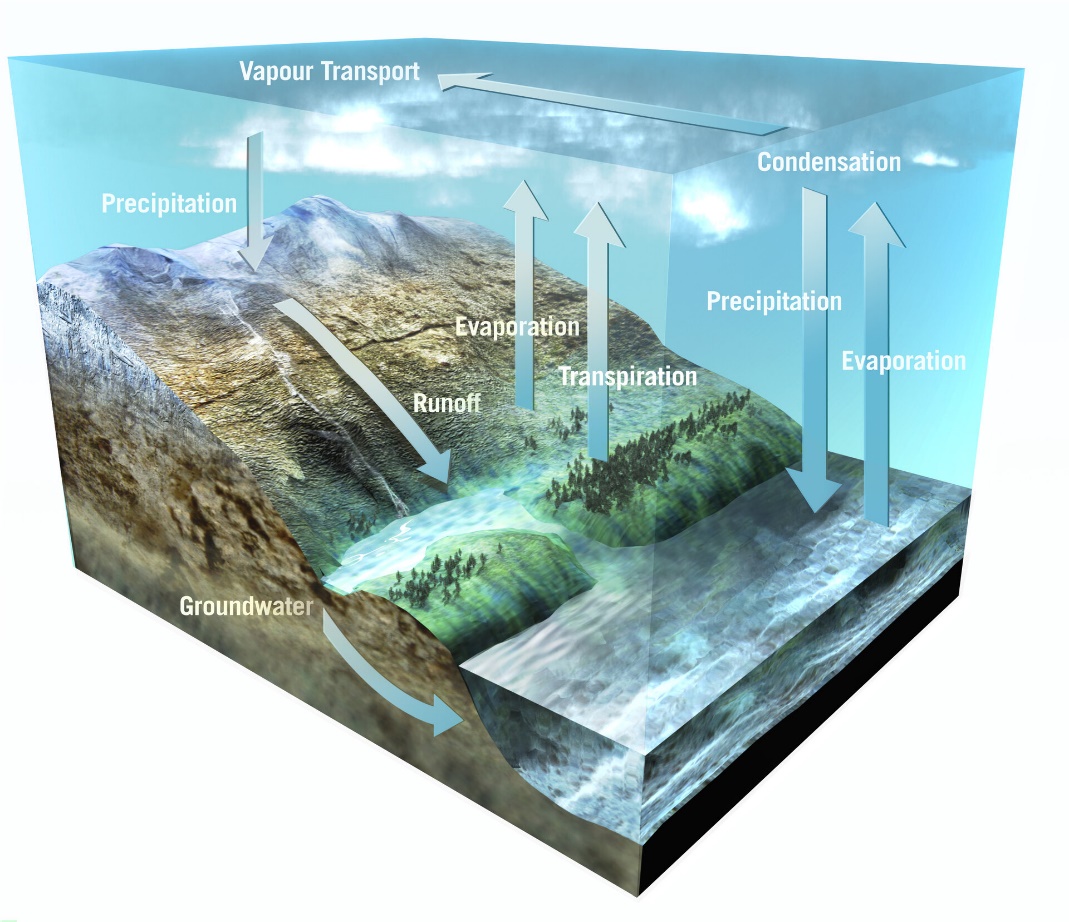 In this process, water molecules should be susceptible to absorb energy. This susceptibility depends on a number of factors: location of the water, accessibility of the water to areas where exchange of energy is possible, and the lack of a strong adhesion of water to particles allowing water to flow and escape these forces.

Water absorbs and releases a huge amount of energy. It requires 2260 kJ of energy to evaporate 1 litre of water. Considering that, on average, net solar radiation reaching the Earth’s surface is 8640 kJ per day, it suffices to have 4 mm of water per square meter of surface to use up all this energy in the evaporation process.

Water transport can be fast, mainly when it is in liquid or vapour states. The water resides temporarily in the atmosphere (as water vapour), on land (as rivers and lakes) in the land (as soil moisture and groundwater), and in the oceans. The system where the water resides is called water storage or reservoir. Water will stay in these reservoirs until energy of some sort is absorbed or released by the water. Then water molecules will flow to another reservoir. In this sense, the water cycle is made up of water fluxes between reservoirs, so the starting point of the cycle is a matter of preference. In hydrology, it is standard to start by the process of evaporation, where liquid or solid water molecules are released by the surface and flow towards the atmosphere in the form of water vapour. During this flow, water absorbs energy. The energy and water mass released and gained in this process is enormous, making the water and energy cycles the main influencer of weather patterns and the climate.

How does the water cycle affect the climate?

As the global temperature rises due to the increased emission of greenhouse gases, more water will be evaporated into the atmosphere, increasing thereby the intensity of the water cycle (Laliberté et al., 2015).
One of the main effects of climate change on the water cycle is the increased intensity and frequency of extremes, like drought and floods (see Stagl et al., 2014 and Kundzewicz, 2008). In the IPCC special report on Climate Change and Water it was shown that global warming over several decades has been linked to increased stress on freshwater resources (see Figure 2). 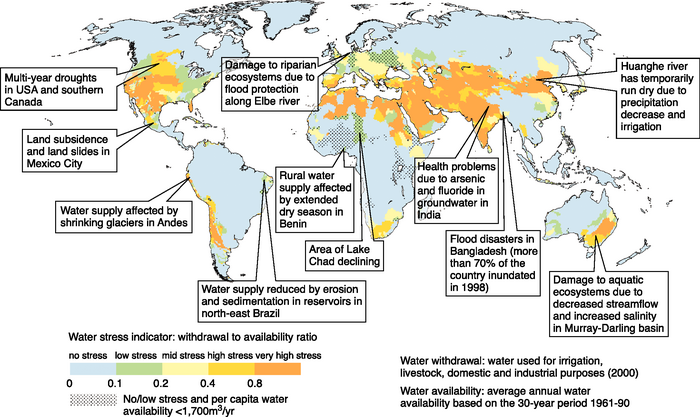 Figure 2: Examples of current vulnerabilities of freshwater resources and their management, Source IPCC (Click to expand)

There are many variables that describe the water cycle and its relationships with climate. Satellite observations provide an excellent means to map these variables globally and on time scales suitable to describe the climate. The Climate Change Initiative programme of the European Space Agency has the longest climate data records of water content in the atmosphere (water vapour), in the land (soil moisture), on land (ice sheets, glaciers, lakes, snow), and in the ocean (sea level, sea ice). These are used to describe the climate and its interaction with the water cycle.

The next video will show you the water cycle over the Mediterranean.