A new era in international relations

A New Era in International Relations step 1.2
© University of Glasgow
This is a course about big questions: world war, world governance, international cooperation, and the impact of a major peace conference. But perhaps the best way to begin it – and to illustrate the novelty of the Paris Peace Conference of 1919 – is to look at three simple figures: 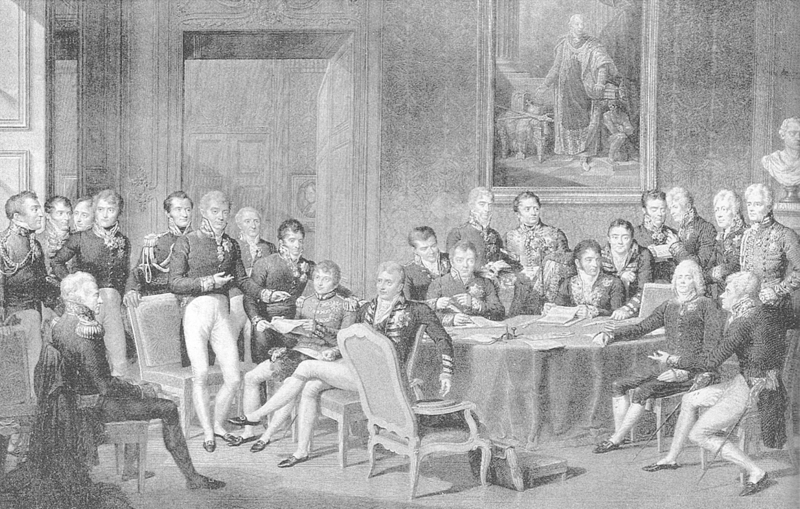 But the Paris Peace Conference aimed at international governance of a different, unprecedented, kind. The stakes were higher, the ambition greater, and the agenda larger. Where the Congress of Vienna had been largely a European affair, the focus of the Paris Peace Conference was global. While much of its work was devoted to European settlements, the Conference was dominated by an American President and attended by delegates from (amongst many other nations) Siam and Korea.The Conference was convened after four years in which – as historian Margaret MacMillan describes it – ‘proud, rich Europe had torn itself to pieces’ (MacMillan, Paris 1919, p. xxv). It aimed to re-allocate spheres of influence in the Middle East, to discuss questions of racial equality, and to set up a world organisation to preside over international diplomacy. It accelerated the move from a Euro-centric to a universal order.Paris differed from Vienna in various other respects. National delegations were of a completely different scale. Whilst British Foreign Secretary Castlereagh had taken fourteen diplomats to Vienna in 1814, the British delegation to Paris in 1919 numbered 207 delegates (not to mention uncounted assistants and helpers). It included the Prime Minister and cabinet ministers; and occupied two large hotels, the Majestic and Astoria, plus flats rented by its leaders.

View Course
Paris 1919 was the largest international conference the world had ever seen: it marked the beginning of modern ‘summitry’, where diplomacy is considered ‘too important to be left to the diplomats’ (says David Reynolds) and public opinion becomes a relevant factor.

But most importantly, Paris 1919 was different in that the delegates wanted to open a new chapter of international relations. While the Congress of Vienna today is widely perceived as a broadly successful settlement (perhaps even an iconic one), from the perspective of 1919 it symbolised the old way of going about international relations. Negotiations at Vienna had happened in secret, behind closed doors, with little regard to the wishes of the people. By contrast, Paris was meant to be an inclusive, an open and a transformative event: a peace to end all wars.Nowhere is this expressed more poignantly than in the account of a British diplomat present at Paris. Harold Nicholson’s ‘Peacemaking 1919’ is a book we’ll return to often in this course, as it offers a first hand account and sharp judgments. But it also highlights the spirit in which the Paris Peace Conference began. Nicholson distances his contemporaries from the ‘pathetic aristocrats’ who had represented Great Britain in 1814:

“We believed in nationalism, we believed in the self-determination of peoples. ‘Peoples and Provinces,’ so ran the ‘Four Principles’ of our Prophet [that is Woodrow Wilson – on whom much more later], ‘shall not be bartered about from sovereignty to sovereignty as if they were but chattels or pawns in the game.’ At the words ‘pawns’ and ‘chattels’ our lips curled in democratic scorn.

This course – an overview

This course is an attempt to trace that spirit, and to find out what became of it after 1919. While we cannot be comprehensive, we will frequently draw on the most prominent works, among them Nicolson’s account and Margaret MacMillan’s detailed analysis set out in her book ‘Peacemakers: The Paris Peace Conference of 1919 and Its Attempt to End War’. Our focus throughout will be on the novel features of that conference, and its attempt to bring about a new world order.In week one we will introduce the League of Nations – the first world organisation, established at Paris, and the predecessor to today’s United Nations. In week two, we will revisit some of the Conference’s ‘core business’, namely the re-arrangement of borders and boundaries in many parts of the world, as well as related questions of minority rights and dispute resolution. After two weeks spent discussing the events of 1919 and their impact on the inter-War period, we will move on – in Week three – and discuss whether decisions taken in 1919 still affect us today. So our discussions during the third and final week of this course will take us from the League of Nations to the United Nations; this illustrate how States today attempt to deal with questions of international security and international governance.It is easy to be cynical about the Paris Peace Conference, Nicolson’s hopes were sky-high, but he made a quick and decisive transition from enthusiast to sceptic. Our course will not ignore the failures of the Conference, but will instead look beyond them and ask whether there is room for a different, more nuanced, perspective.
© University of Glasgow

Hi there! We hope you're enjoying our article: A new era in international relations
This article is part of our course: World War 1: Paris 1919 - A New World Order?