We take a look into Australia’s primary, secondary, and higher education system, for domestic and international students. Find out about the past, present and future of Australian education. 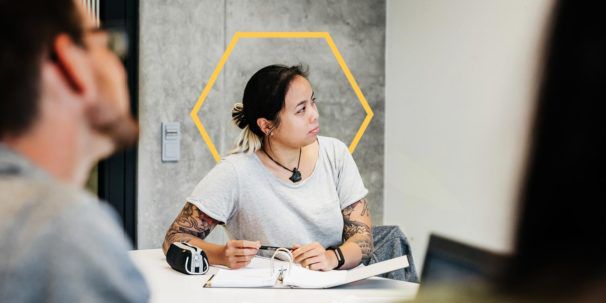 The Australian education system is considered one of the best education systems in the world, for both domestic and international students. It enjoys high standards, a comprehensive curriculum, and highly qualified teachers.

Here we take a look at the history and evolution of the education system in Australia, including education facts and statistics you should know.

We will also share unique ways you can gain new skills as an education provider, plus create a more interesting and inclusive learning experience for your students.

Education in Australia is similar across all six states – Queensland, New South Wales, Victoria, Tasmania, South Australia, and Western Australia, including two territories, the Australian Capital Territory (ACT) and the Northern Territory, known as the Commonwealth Territory, with only minor variations between states and territories.

Australia’s first education system was an Indigenous education. Knowledge of spirituality, cultural values and societal obligations were orally shared among First Nations clan members to ensure the continuation of family heritage and traditions.

Aboriginal children were taught skills that would enable them to find shelter, including hunting, gathering, and fishing methods, to ensure their survival.

Education changed when, in 1787, eleven ships sailed from Great Britain to Australia to create a penal colony of European settlers, known as the First Fleet. Fifty children were aboard.

By 1792 the first two schools opened in New South Wales. The education system mimicked that of England and the philosophies of the Anglican Church.

Consequently, the first schoolmaster in the colonial chaplain was Reverend Richard Johnson. His educational efforts came in the form of sermons and a variety of moral and biblical tracts. This essentially began the tradition of non-Indigenous education in Australia.

As a result, of the diverse beliefs of further arriving convicts and colonists, the first religious schools began to emerge, including, Catholic, Methodist, and Presbyterian.

In 1860, alongside an improved education system, there was the opening of universities in Sydney and Melbourne.

By the 19th century, private education also bloomed, as it was the only option for those seeking university degrees. As a result, approximately one-third of all school students attended private schools.

By the 20th century, changing policies made schooling accessible and open to all members of society. This saw students attending school beyond the compulsory schooling age.

In the 21st century, secondary schooling is being completed by most demographic groups. University has become accessible to a diverse group of students, many of whom wouldn’t have access to such options a few decades ago.

Interesting facts and statistics about the Australian education system

Under the Education and Training Reform Act 2006, schooling is compulsory for students aged between 6 and 17 years.

The three very visible sectors of schooling in Australia are the public or the government schools, followed by the Catholic and the independent schools, referred to as private schools.

Australia maintains one of the highest concentrations of religious schools, predominantly Anglican and Christian, compared to other OECD countries. Approximately 30 per cent of all schools in Australia are affiliated with a religion, which is equivalent to 94 per cent of private schools.

In 2020, there were about 3.13 million people enrolled in study in Australia, over half of which were female. The state with the highest enrolments is New South Wales, with over one million students.

The Federal budget for all Australian schools for 2021-22 is $24.4bn. This includes $42.4m for women to pursue STEM qualifications.

Kindergarten is officially the first stage of formal schooling in Australia. The aim is to teach children to work with others, make friends, express their creativity, build communication skills, and the reading, writing and numeracy skills required to effectively participate in subsequent learning opportunities. Help your students prepare for the global challenges of tomorrow with our Global Education for Teachers course.

Primary schools offer programs from Foundation to year six. Primary education focuses on developing essential literacy, numeracy, intellectual and social-emotional skills. Knowledge about the world around them is also taught.

In some states, students can drop out at Year 10 to enrol for vocational training and pursue an apprenticeship.

After completion of senior secondary school (Years 11 and 12), students sit for exams and are awarded a Senior Secondary Certificate of Education.

Also known as tertiary education, higher education in Australia includes all formal education beyond high school. It’s divided into two sectors; vocational education and training (VET), which is registered and regulated by the Australian Skills Quality Agency (ASQA), and universities which are registered by the Tertiary Education Quality and Standards Agency (TEQSA).

VET is based on partnerships between Australian governments (federal and state) and industry bodies and is designed to expedite entry into a job after graduation.

Many vocational courses incorporate a period of on-the-job training, in addition to classroom or online learning.

VET qualifications range across four levels of certificates (Certificate I, II, III and IV), as well as Diploma courses and Advanced Diploma courses, depending on the years of study and the occupational skills and competencies gained.

At the undergraduate university level, student’s study for a bachelor’s degree as initial preparation for a professional career of their choice.

Completing a bachelor’s degree involves a minimum of three years of full-time study. However, some institutions offer a fast-track system to complete a degree in two years.

At tertiary level, the majority of Australian universities are public, and under Study Assist, fees are subsidised through a student loan program where payment becomes due when students enter the workforce and reach an annual income level of  $47,000. The average cost of a bachelor’s degree is AUD$15,000 to $33,000.

In 2018, the most popular field of education at higher education institutions in Australia was Management and Commerce. Subjects in the society and culture, and health fields, were the next most popular study options in that year. The most popular subjects include medicine, law, business and management, dentistry, education, environmental science, accounting and engineering.

As of 2021, Monash University was the number one ranked university in terms of number of students enrolled, with approximately 57 thousand enrolled full-time students.

Post-graduate and Doctorate study in Australia

Australian universities offer a wide range of post-graduate options, to either take studies in a new direction or advance work opportunities.

Homeschooling is legal in all Australian states and territories. Each state or territory has a homeschool registration authority that seeks to register homeschooled children and to monitor their academic work. Parents can teach their children or employ a tutor. Across Australia, there are around 20,000 homeschooled students and the numbers are growing.

Online and distance education programs allow students to obtain an Australian education qualification, using the latest digital technologies. Students that prefer online education often live in remote areas, have learning or other special needs like ADHD, or are children of parents working overseas.

Students are supervised by an adult, and they learn through webinars, live-chat, email and video recordings.

Our course, The Online Educator: People and Pedagogy, will enhance your skills in designing online education courses, and help you shape your digital identity as an educator.

For toddlers ages 2.5 to 5 years, bush or Forrest schools, led by education rangers, get children outdoors playing in the unique Australian landscape. Children engage in bushcraft activities and increase their love for the natural world while becoming “school ready.”

The impact of COVID-19 has brought blended learning – a combination of face-to-face and online learning – to the forefront, and it’s not going away. Blended learning is taking off in classrooms and is expected to grow significantly in the next five years. Australian universities are currently engaged in a pilot programme with Vietnamese universities, in a first attempt of blended transnational higher education.

Adult Learning Australia (ALA) is the national peak body for Adult and Community Education (ACE). It’s a discrete fourth sector of education in Australia that offers disengaged or disadvantaged adults the chance to transition back into learning and develop work skills.

A new National School Reform Agreement came into effect in 2019. It’s a joint commitment between the Commonwealth, states and territories of Australia, to provide high-quality and equitable education for all students

Its core education policies follow on from previous years and include:

As we can see from the facts, the Australian education system is ever-evolving into an education leader. Policies are constantly being reviewed and updated to ensure and promote equity in education, to enhance STEM skills, but above all maintain a high standard of education for both domestic and international students, irrespective of economic and cultural background.

We hope we’ve provided you with enough relevant information that helps you pursue a globally recognised Australian education degree. Whether that’s through the many online courses or in-person, it’s assured that it will be a world-class educational experience.