Find out more
Home Discover the fastest-growing industries in the Philippines
Published on August 25th, 2021

We explore the industries in the Philippines that are growing the fastest and look at some skills you’ll need to enter them. 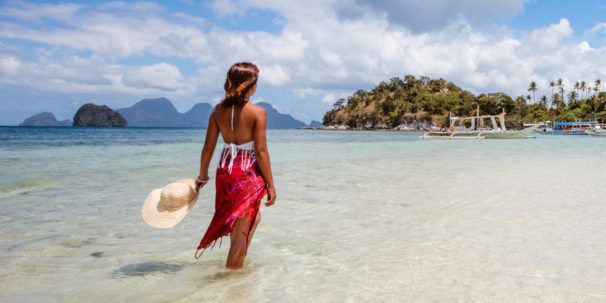 If you want to equal or exceed the average income of 44,600 PHP per month, you may benefit from finding a job in one of the Philippines’ fastest-growing industries. Choosing a fast-growing industry could net you a higher wage and better job security.

In this article, we outline what those industries are, why they are growing and what skills you’ll need to enter them.

Why work in a growing industry?

Before we cover the Philippines’ fastest-growing industries, it’s helpful to be clear on why it’s beneficial to work in one.

Companies in growing industries tend to have greater financial success, meaning higher-paid jobs. Plus, the rapid rate of expansion ensures that a greater number of jobs are available. Assuming that the industry continues to grow, these jobs will be more secure than those in stagnant or declining industries.

Working in a growing industry also gives you the chance to innovate, and to make changes that are beneficial to wider society and to the planet.

How much do people earn in the Philippines?

An individual working in the Philippines makes roughly 44,600 PHP per month on average. Salaries range from 11,300 PHP (the lowest average) to 199,000 PHP (the highest average). This monthly average includes housing, transportation, and other benefits.

Poverty is still a significant issue in the Philippines, with efforts to tackle it progressing slower than in other Southeast Asian countries. Economic progress primarily benefits metropolitan areas, while rural areas remain impoverished. In 2010, close to 25 million Filipinos lived on less than $1.51 a day, according to the Asian Development Bank.

What is the average education level in the Philippines?

Based on a report by the United Nations, the Philippines has the highest literacy rate in Southeast Asia, at 97.95% for those aged 15 or over. Among 15–24-year-olds, the literacy rate is 98.9% among females and 97% among males.

However, these statistics don’t give the full picture, as the government provides an Alternative Learning System (ALS) to children who cannot access conventional education, such as those in remote communities.

The rate of enrolment in tertiary education – both universities and technical colleges – stands at 35% and is increasing at a rate of around 1% per year.

What are the fastest-growing industries in the Philippines?

Below, you will find six of the Philippines’ fastest-growing industries, along with the reasons behind their rapid growth.

Construction in the Philippines increased by 11% in the fourth quarter of 2016. That’s far higher than the national average of 8.2%, and there’s no sign of it slowing down anytime soon. There are signs of significant growth in the building trades, even outside of large cities such as Manila. Both commercial and residential builders can expect to be busy for the foreseeable future, thanks to foreign investment bringing money into the country.

It is perhaps easier to break into this flourishing industry than it is to break into any other field in the Philippines. Because of the high demand for labour, nearly anyone can begin working as a roofer or a site cleaner for a general contractor. You can work as an apprentice in one of the trades, such as plumbing or electrical work, with just a little training. From there, it’s a smooth transition to running your own company.

Manufacturing jobs have begun to shift away from mainland China and to the Philippines, where labour and raw materials are more affordable. What were once modest independent shops have grown into global consumer goods producers.

It’s easy to get contract work for a major multinational brand if you have space for a shop. Household-name brands employ local people to make their apparel, much of which is resold worldwide at profit. To accomplish this, they usually establish contracts with local one-person shops, which are free to expand as needed as business picks up.

Once you’re established, you may be able to start your own brand. Clothes are just the beginning – consider branching out into other in-demand areas, such as toys, mechanical parts or homeware.

Historically, vast numbers of tourists from Western countries have visited the Philippines’ white-sand beaches and lush forests. South Korean, Japanese, and Malay tourists have joined them, and the local tourism sector has flourished as a result. With English having official-language status in the Philippines, Filipinos are ideally placed to capitalise on increased tourism.

You already benefit from tourism if you drive public transport or create souvenirs for visitors to take home. If you’re starting off and don’t have any money, be resourceful. You could teach foreigners traditional games, such as sungka, or dances such as tinikling; you could run Filipino cookery classes or open a scuba diving centre.

Of course, there is also the option of running guided tours if your English is particularly good. Adventure tourism jobs can be particularly lucrative. Consider branching out into other foreigner-friendly sectors, such as translation. Working for foreigners, you may be able to command a higher rate than working purely for local people.

In the last 12 months, the number of job openings in the business services sector has increased by 10%. Skills like digital marketing and software engineering are becoming increasingly sought after, as more firms seek to stay up to date with the digital age. As firms in the Philippines continue to expand their horizons, applicants who are multilingual – particularly those who speak Mandarin – will be at an advantage.

Business process outsourcing (BPO) has played a crucial influence in the growth of the service sector. The Philippines was able to expand its BPO sector due to the availability of specialists who spoke the appropriate languages, as well as the Philippines’ former status as a US colony (the USA is the Philippines’ largest BPO market) and the customer service-oriented nature of the industry’s professionals.

The Philippines’ Fast Moving Consumer Goods (FMCG) and Retail industries are two of the main factors behind the country’s economic progress. This sector accounts for 23% of the whole services industry and is regarded as one of the Philippines’ most important development drivers. This trend looks set to continue, as more enterprises enter the market, diversify, or expand their operations abroad.

The Philippines’ Information and Communication Technology (ICT) industry has experienced tremendous expansion in recent years. With the number of start-ups in the Philippines on the rise, this industry is a source of enormous opportunity and promising future possibilities. Furthermore, with the recent launch of a third telecommunications carrier, more Filipinos working abroad are expected to return home to look for work.

As technology grows more widespread in the Philippines, the demand for graduates with a strong educational background has increased. Fresh graduates should keep a look out for job openings in this field. Software engineers and managers, as well as developers, project managers, and human resource experts, are in high demand.

While being tech-savvy is desirable, applicants with sales, finance, or marketing skills are also sought after. People management and digital marketing and analysis are the most valuable skills in this industry.

As more start-ups enter the market, competition will increase, and professionals who understand their worth can be more selective about where they work. Employees in this industry can expect a salary increase of 25-40% when transitioning to a different job with equal responsibilities.

Upskill for the best Philippines jobs with FutureLearn

When you’re searching for the best paying jobs in the Philippines’ fastest-growing industries, one way to prepare yourself is with qualifications and certificates. FutureLearn provides courses on all the industries covered above – and many more. These will help you to obtain that coveted job in a desirable industry – or even pave the way to starting your own business.

Here is a selection of courses to get you started: