Find out more
Home Native Australian plants and where to find them
Published on February 18th, 2022

Australia is home to more than 30,000 indigeneous plants. Learn all about native Australian plants and where you can find them as we explore Australia's top 10 native flora. 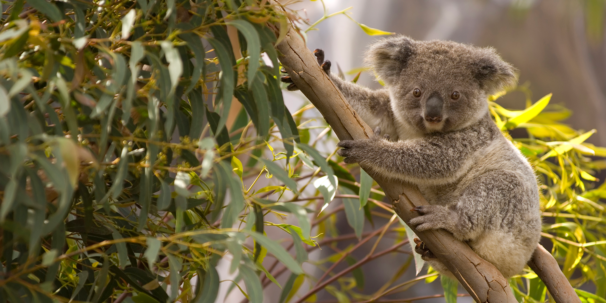 Did you know Australia is home to more than 30,000 indigenous plants? Some are found only in the land down under. Some are endangered, most are incredibly beautiful and all are unique.

Australia is a wonder of the world when it comes to flora and fauna. More than 80% of its plants and animals are unique to Australia.

Australia has spent millions of years geographically isolated from the rest of the world and surrounded by the ocean. Most geologists agree that this is the main reason for Australia’s rare ecosystems, unique animals and unique indigenous plants.

Australia is the driest inhabited continent on earth. Of all the continents, it has the least amount of water in rivers, the lowest run-off and the smallest area of permanent wetlands. While most of Australia is semi-arid or desert, ecosystems here range from alpine heaths to tropical rainforests.

However, this treasure trove of unique flora and fauna comes with a responsibility to protect it. Various factors are harming Australian ecosystems today. The main pressures are climate change, invasive species, land-use change and degradation.

Over the past few decades, the Australian government and many National Parks services have made great strides to protect Australia’s national parks and ecosystems. They’ve created protected areas where rare plants can grow without human interference.

These organisations not only prevent the extinction of native Australian plants but increase the survival of native animals as well.

Now, let’s go through some of the most interesting indigenous plants that are native to Australia.

Bottlebrushes are among the hardiest of Australian native plants. They typically live a long life, need minimal maintenance and are almost impossible to kill for the budding gardener. Most Bottlebrushes grow in the east and southeast of Australia and their brushlike blooms are red, pink, mauve, cream and green.

When they bloom, the petals open to reveal colourful stamens which is the male part of the plant. The collection of all these flowers with their brightly coloured, long stamens densely packed around the stem is called the flower spike. This makes up the familiar “bottlebrush” that Australians know so well.

The native bottlebrush produces plenty of nectar and pollen. They also carry seeds and, because of this, attract many birds. Wattlebirds, cockatoos, fairy-wrens, warblers, buntings, and orioles are a few bottlebrush-loving birds.

Gum trees earned their name because they ooze thick gummy-like sap if their trunk surface is damaged. Almost all gum trees love a warm temperate climate and are native to Australia.

Many gum tree species are found in the forests of south-eastern Australia, including commercial timber species such as mountain ash. The gum tree leaves range from blue to white, and they bear woody fruits and flowers without petals.

The well-known eucalyptus is one of three types of gum trees commonly referred to as eucalypts. Gum trees are valuable sources of hardwood and oils and they are the favourite food of koalas – another Australian icon.

According to the Australian National Herbarium, the Acacia genus, which includes all the wattles, is the largest group of trees and shrubs in Australia. Native to New South Wales and Victoria, the wattle produces lovely yellow or golden flowers, and cup or bell-shaped fruit. Plus, it’s well suited to withstand Australia’s droughts, wind and bushfires.

Wattle bark is rough and fibrous. The wood from wattles is used to produce handles for axes, clap sticks, spears, boomerangs, clubs and digging sticks.

The wattle is resilient and determined, just like the Australian people. In recent times, the golden wattle has been used as a symbol of remembrance and reflection. In fact, the Golden wattle (Acacia pycnantha) is Australia’s national floral emblem.

Banksia is one of the most ornate of all native Australian flora, reflected in its Latin name, which means “showy”. These beauties are typically creamy or bright yellow but can be bronze, orange or even purple too.

Southwestern Australia has the greatest diversity of banksias, with 60 species recorded. The banksia is also an important part of the flora of Australia’s eastern coast while only a few are found in the rainforests of the eastern coast or the arid regions of Australia.

Banksia are quick-growing evergreen perennials. Sometimes they are prostrate and other times they’re shrub-like, growing up to 15 metres tall. Banksia is often used as a cut flower in native flower arrangements.

Fun Fact: There are 77 species of banksia and all but one is native Australian flora.

This whimsical plant gets its common name from its tubular flowers, which open to look like the curved fingers of a kangaroo’s paw. Kangaroo Paws are truly one of Australia’s most iconic indigenous plants. The floral emblem of West Australia is the Kangaroo paw, where this interesting plant originates.

Kangaroo paws grow best in sunny areas that get winter rain. They’re pollinated by birds and small nectar-feeding possums. Some plants die during a hot, dry summer or after a bushfire. But, the kangaroo paw has a thick, underground stem called a rhizome that will grow a new clump of leaves in autumn, when conditions are more favourable.

The very slow-growing grass tree has a growth rate of only 1-2cm per year. Even so, they can grow to over 6 metres tall and live to be over 400 years old! All 66 species of grass trees are found in Australia, especially on the coasts.

The grass tree has a thick, woody, often palm-like stem and at the top, a tuft of sturdy grassy leaves.

Grass trees grow in coastal heaths as well as wet and dry forests of Australia. They can survive extreme drought and frosts, and can survive in rocky or nutrient-deficient soil with its shallow root system.

The grass tree has historically been quite valuable to the Aboriginal people. Indigenous people extracted the grass tree resin then used it as an adhesive, sealant and currency. Spear shafts could also be made from the base of the grass tree and its native flowers were the prime ingredient in making a mildly alcoholic beverage.

The waratah is another iconic native Australian plant. This lovely bush flower can be found on sandstone ridges around Sydney and the NSW South Coast as well as on paraphernalia like stamps and postcards, tea towels and t-shirts.

The waratah has a vibrant crimson red flowerhead, measuring up to 15cm across, that blossoms in spring. The red colour is stunning. However, other varieties have produced white, pink or yellow flowers. Native to the southeastern parts of Australia, the waratah is the New South Wales state emblem.

The name Eremophila originates from the Greek word ‘eremophilos’ meaning desert-loving or lover of solitude. There are over 250 species of eremophila and they flower in almost every colour: white, yellow, red, pink, green, pink and purple. Abundant in Western Australia, many eremophila species change colours as the native flowers age.

Eremophila is a hardy perennial plant that can be low-lying ground covers, shrubs or small trees. Eremophila is known for its sticky vegetative parts, tubular flowers and woody fruits. They’re also known as the emu bush because emus feed on the fleshy fruits of some species.

There are more than 200 species of melaleucas that cover over 6 million hectares across Australia. Melaleuca’s native range is along the coast of eastern Australia as well as in New Caledonia, Papua, New Guinea and Irian Jaya. Melaleuca grows on creek beds and even on hillsides if groundwater is near the surface.

Melaleuca typically has whitish, spongy peeling bark. The leaves are arranged alternately and are smooth, soft and linear in shape. Melaleuca’s small white flowers have bushy spikes that are bunched together at the end of their branches. Only a few melaleuca species develop into taller trees which are commonly called paperbarks or tea trees.

These Australian native plants range from small shrubs to large trees, with many varieties. The feathery leaves of the grevillea tree look similar to that of a fern and blooms with bright yellow and orange flowers. After blooming, it reveals tough black seed pods containing nectar that attract many birds and insects.

Grevilleas can be found in every region of Australia. They’re quite hardy and can survive in most habitats, thriving in alpine areas, swamps or saline soils.

Grevilleas are also cold-tolerant and can withstand temperatures down to -10°. They can still survive even after being covered by snow for months in the winter.

We hope you enjoyed this introduction to Australia’s wide range of native plants. These are only a few of Australia’s prized flora but there are many more! Consider learning about Australia’s amazing native plants with FutureLearn.