Find out which animals in Australia are facing extinction and what's being done to save them. 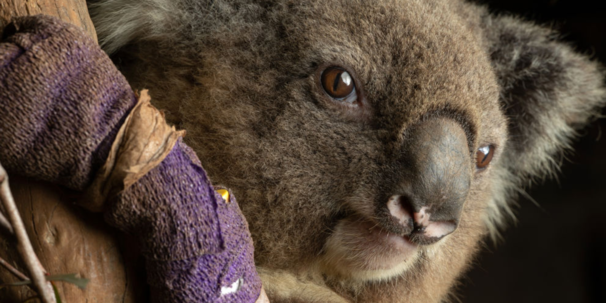 In a place teeming with magnificent wildlife such as Australia, it’s heartbreaking to think about all the endangered Australian animals in danger of being lost forever.

Whether caused by poaching, climate change or natural extinction, the fact remains that countless animal species are at risk of dying out every year.

More than ever, people are concerned about the state of our ecological landscapes and are looking for solutions to the complicated problems that we’re faced with as a result.

In the modern age, balancing the need for carbon emissions with eco-consciousness is certainly tricky. Agriculture and urbanisation has put wildlife populations at risk for centuries, but is it getting worse as time goes on?

In short, you don’t have to be a die-hard animal lover to care about the future of native Australian species who are becoming extinct as a result of our modern lifestyles. But is there anything we can do about it?

Here, we’re exploring animal extinction in Australia as well as its causes, which animals are most at risk, and how to save endangered animals before it’s too late.

Australia’s extinction rates: normal or not?

The rate of animal extinction in Australia is one of the worst in the world. Various estimates place Australia as having somewhere between the absolute worst extinction rate on the planet or, at best, coming in fourth as having an extremely high rate of extinction.

The question is, are these types of extinction rates normal? After all, extinction is a natural part of the life cycle of a species.

Now, let’s look at the extinction rate specifically in Australia. Since 1770 (when Captain Cook landed in modern-day Australia), more than 10% of the 320 land mammals known to have existed in Australia have become extinct. That means that the same percentage of Australian animals went extinct in 250 years as would normally go extinct in a million years.

In other words, the current extinction rates are anything but normal. However, the truth is that most of our extinction rate numbers are purely estimates and they can vary widely.

Some experts believe we’re currently in the midst of the sixth mass extinction event with between 24 to 150 species being lost every single day worldwide.

These estimates are based on computer models and, since the International Union for the Conservation of Nature (IUCN) have created strict protocols around what’s considered extinct, all of these numbers can become confusing.

Not to mention, we’re not even aware of many of the living species on earth as they’re yet to be discovered. So, how can we determine whether or not the extinction rate is going up or down if we don’t have the proper data?

While the rate of extinction isn’t an exact science, it still goes without saying that it’s important to do what we can to save endangered Australian animals, particularly from unnatural causes created by human intervention.

Before we explore why the extinction rate in Australia is so extreme, which endangered animals are now at risk of disappearing?

There are a total of 86 endangered species in Australia at risk of extinction. A handful of the most critically endangered Australian animals include:

While this list only scratches the surface, it’s important to put names to the numbers of these animals that are facing extinction. Somehow, it makes it all the more real to us. It encourages us to ask, what’s causing all of these vastly different animals to become critically endangered?

Recently, unbelievable bushfires swept through much of Australia from July 2019 to March 2020. Caused by extended drought, rising temperatures and limited fire prevention capabilities, the bushfires tore through the natural habitat of many Australian animals.

Carbon emissions in Australia were a large part of what led to these harsh conditions putting so much wildlife at risk. If not dealt with soon, more animals are likely to become endangered and potentially extinct in the coming years.

Yet, the bush isn’t the only environment in Australia that’s dealing with climate change.

The Great Barrier Reef in Australia’s north has also been put at risk and the coral populations that live there are dying out. Coral reef bleaching ruins the habitats of many marine species, creating a whole new category of endangered species.

Prolonged droughts led to low oxygen flow in the Darling River in NSW, causing millions of fish to die. Heatwaves killed two-thirds of Australian spectacled flying foxes in only two days. Moths are completely disappearing from the Australian Alps as extended droughts destroy the grasses they rely on. Around 99% of green turtles are being born female since higher sand temperatures determine female sex and nest temperatures increasing to around 29°C.

More widely publicised are the decimation of Australia’s beloved koala population due to climate-change-related habitat destruction which, if nothing is done, could cause their extinction by 2050.

However, there are other reasons why Australia’s animal extinction rates rank as one of the highest in the world. When Australia was first colonised, hunting and rapid urban and agricultural expansion led to the first large wave of animal destruction.

Not to mention, there used to be laws in place allowing citizens to kill marsupials due to the “perceived competition for feed” between livestock and the wild animals.

To figure out how to save endangered animals in Australia, there are a few approaches we can take, including:

Each is important, and each has its own flow-on effect, which helps to protect endangered animals either before, during, or after they’re put at risk of extinction.

Zoos and wildlife sanctuaries such as Australia Zoo reserve a huge part of their efforts for conservation. You can also find a way to volunteer at many other ecological conservation programs throughout Australia by working with Conservation Volunteers Australia.

Humans can also do their part for the benefit of endangered species in Australia by reducing carbon emissions to help slow down climate change.

Still, each individual has the opportunity to reduce waste, limit their carbon footprint and make conscious choices about how they use natural resources and we can all make a difference towards protecting vulnerable wildlife.

Animal rehabilitation is a more specific type of conservation effort for endangered animals.

Especially after natural disasters, many animals need a lot of care. Rehabilitation programs are in place to treat and release endangered animals back into the wild so that they can continue to propagate naturally.

Getting involved in rehabilitation programs or simply donating to your local wildlife conservatory can do wonders in helping endangered animals get back on their feet.

As extinction rates increase and climate change continues to put endangered Australian animals at risk, it’s up to us to take responsibility and protect these animals as much as we can.

While conservation programs, carbon reduction plans and animal rehabilitation are all magnificent forms of animal conservation in Australia, the real work starts with education.

By learning about the importance of ecological environments and the incredible animals that live there, we can inspire more and more people to get involved and do the research needed to figure out how to save endangered animals on a wider scale.

Interested? Check out some of our Nature and Environment courses focusing on ecology, climate change and more.