Skip main navigation
Home How and where to study abroad for Filipino students
Published on March 25th, 2022

Discover the best countries to study abroad in for Filipino students, plus find courses to help you get started. 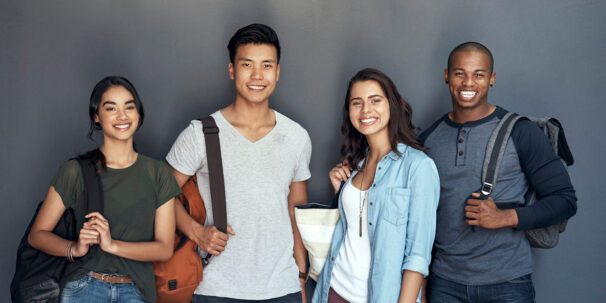 International students are welcomed around the world, and many countries are looking for people who fit the profile of those who can contribute to the host country’s global competitiveness. Studying abroad can also be a rewarding and exciting experience.

Of course, one of the most direct and immediate benefits to the host country is the billions of dollars in tuition fees that overseas students bring in, which creates jobs, revenue, taxes, and social services.

According to the US Department of Commerce, international students contributed more than $30.5 billion to the US economy in 2015; a record $17.5 billion to the Australian economy in the year ending March 2015; $8 to $10 billion to Canada; and billions of dollars in tuition fees to educational institutions in New Zealand and the United Kingdom.

In this article, we’ll round up the best countries for Filipino students to study abroad and why you might wish to go there.

How studying abroad is different

Traditionally, studying has been associated with a school or classroom atmosphere. Most students in the Philippines – particularly at the university level – are full-time. Of course, there are others who are working students, meaning they work full-time and study part-time.

Studying abroad will not suit everyone. Tuition fees plus the expense of studies might add up to a significant sum.

Unlike in other southeast Asian countries, where obtaining qualifications and credentials is primarily aimed at advancing one’s career at home or ensuring one’s place in the global job market, many Filipino students pursue studies abroad to gain access to potential employers.

Employers like these are viewed as potential sponsors for lawful permanent resident status. As a result, the route from student, to employment, to permanent residency is the most appealing option for children of overseas Filipino workers (OFWs), as well as middle-class students who are not as well connected as their wealthy peers.

The best countries to study abroad for students from the Philippines

Canada stands out as an attractive country to study because of its academic brilliance, affordability, and adventure. More than 250,000 international students study in Canada, which has seen a significant increase in demand in recent years.

In Canada, the cost of living and tuition are both quite low. To live as a student in Canada, you’ll only need roughly PHP 800,000 per year, which is substantially less expensive than studying in most other affluent nations.

Canada is famed for its natural beauty, clean cities, and world-class healthcare and transportation systems. Although Canada is known for its diverse seasons, temperatures, and even snowfall, some sections of the country experience very mild winters. Canada is also generally safe, politically stable, and organised, making it ideal for students seeking a stress-free learning environment.

Students seeking a safe learning atmosphere and an active outdoor lifestyle should consider New Zealand. International students love its diversified and dynamic cosmopolitan community. New Zealand also has high-calibre educational institutions. If you want a world-class education in a safe and beautiful environment, New Zealand is the place to go.

According to New Zealand Immigration, international students will no longer require a job offer to obtain a post-study work visa in the country.

Australia is a culturally diversified country with a population of approximately 25 million people. 29 percent of Australians were born outside the country, with the Philippines accounting for 1.1 percent – making Filipinos the sixth-largest group of overseas-born residents.

In Australia, those seeking to pursue a world-class degree or advance their professions will discover a variety of options. Whether you’re studying science, engineering, medicine, or humanities, Australia is hard to beat in terms of academic excellence and living standards.

It’s no surprise that Australia is the third-most-popular location for international students, thanks to its advanced infrastructure, world-class healthcare services, a diverse choice of public transportation, various student services, and a fairly low cost of living. In terms of quality of life, career possibilities, cost of living, and student community, at least six of Australia’s state capital cities – including Brisbane, Sydney, Melbourne, Canberra and Adelaide – are among the world’s 30 best cities for students.

The Australian government also offers a variety of incentives to students interested in studying abroad in Australia, including scholarships worth more than $200 million, job visas in a variety of fields, numerous research opportunities, and the possibility of obtaining permanent residency status after graduation.

Following the completion of their education, many overseas students have the opportunity to spend extra time in Australia. The temporary graduate visa, for example, permits graduates to live, study, or work in Australia after completing their degrees.

Another popular destination for Filipino students is Japan, which allows them to immerse themselves in the colourful Japanese culture without having to go too far from home.

Japan also has a website dedicated to meeting the requirements and inquiries of overseas students – Japan Study Support. Filipino students can use this platform to get the information they need to support their stay in the country.

In Japan, Filipino students will enjoy a safe atmosphere. Japan, as a technological leader, may encourage Filipinos to study in new ways. It also has one of the most efficient transportation systems in the world.

Ireland has one of the top educational systems in the world, and there are many advantages to studying here. Schools and universities in Ireland have an international outlook, and graduates can work in many different fields in many different countries.

Ireland has seven top-tier universities, with a strong emphasis on research and international collaboration. It’s a safe and tolerant country that consistently ranks among the world’s top 20 countries for social, political and quality of life factors. With a third of the population under 25, it is also a young country. Studying in Ireland will place you among 35,000 international students from 161 countries.

A degree from an Irish university will help you to start your career on the right foot. Ireland has a high educational quality ranking, giving graduates an advantage in a competitive economy.

The major cities in this region are lively and culturally developed, despite being more compact and navigable than large cities in other countries.

The United States of America

The United States of America has a well-developed and high-quality tertiary education system. The United States has seven of the top ten universities in the world – as well as 76 of the top 200 colleges, according to the Times Higher Education World University Rankings.

Due to the vast size of the United States and the large variety of educational institutions, every student will find their ideal fit: from small, intimate campuses that feel like a group of close friends to large, sprawling campuses that feel like cities. You can travel to tropical islands, arid deserts, icy plains, California, the Grand Canyon, and New York City – to name just a few attractions. In the United States, there is something for every type of student.

Living on campus in the US might help you broaden your educational experience and make new friends. You can also live off-campus and immerse yourself in American society.

Universities in the United States provide a diverse range of academic, cultural, and sports opportunities. A variety of sporting teams, fraternities and clubs are on offer.

Every year, over 400,000 international students enrol in higher education in the United Kingdom. UK universities, which are ranked among the top in the world, have a reputation for producing skilled graduates that are highly sought after. You will actively engage with your teachers through exciting seminars, conversations, and practical projects, not just by attending lectures. This will aid in the development of critical thinking, creativity, and self-assurance.

Thanks to the UK’s reputation for world-class research, you will have access to up-to-date facilities, as well as the academic tradition of some of the world’s most prestigious universities. Education in the United Kingdom will also help you improve your English abilities and confidence in speaking the language, which is a quality that is highly prized by companies worldwide.

Whatever brings you to the UK, you will learn in a secure, multicultural atmosphere, whether you study at undergraduate or postgraduate level, in boarding school or at a further education college. You will be supported throughout your studies because all UK institutions provide significant student support and welfare services. Music festivals and football tournaments, as well as ancient castles and thriving nightlife, are all part of the cultural experience.

If you have not completed an international curriculum, such as the IB, a UK university may ask you to first complete a foundation course before being admitted. A foundation course is a one-year preparatory course for students who require extra English language or academic preparation before enrolling in their first year of university.

The university and course you choose will determine the English language requirements. An IELTS score of 6 or 6.5 is usually necessary. A higher score may be required by some departments.

Filipinos have flooded to Taiwan with the implementation of the visa waiver programme for Philippine passport holders in 2017. Temple hoppers, shopaholics, foodies, and, of course, international students will find a plethora of attractions in the birthplace of the world-famous bubble tea.

Taiwan is an excellent place to learn Mandarin Chinese because it is the only place in the world where traditional Chinese lettering is used extensively. Taiwan offers exciting opportunities to get access to high-quality higher education and the Asian job market.

Taiwan is a global leader in a variety of industries, including technology and healthcare. Scholarships for Filipino students will help to foster talent in these sectors, which will help to advance the local technology industry.

There are plenty of exciting opportunities for Filipino students looking to study abroad. Getting qualified with a FutureLearn short course will increase your chances of acceptance – especially as many of our courses are hosted by top 10 international universities such as King’s College, London. And if you want to improve your language skills before moving to a foreign country, check out our range of courses in English, Mandarin and more. 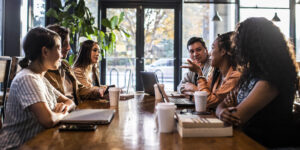 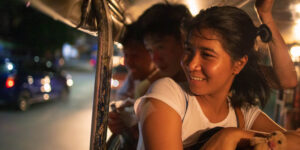