A linear model is one that outputs a weighted sum of the inputs, plus a bias (intercept) term. Where there is a single input feature, X, and a single target variable, Y, this is of the form:

Notice that the intercept, \(\beta_0\) is unusual for the parameters of the model in that it is not a coefficient of any \(X\) variable. To allow for simpler representation, we can introduce a ‘dummy’ variable \(X_0\) which always takes the value of 1. We now treat \(\beta_0\) as the coefficient of \(\X_0\). Note that whenever in this course you see \(X_0\), i.e. an \(X\) variable with a zero index, this will be taken to be a dummy variable with constant value 1.

This allows us to represent the previous formula as:

Or, in matrix notation:

Linear models have a number of advantages: They are easy to interpret, and fast to train and use, since the mathematics involved is simple to compute. Unfortunately, though, the real world is seldom linear. This means that linear models are normally too simple to be able to adequately model real world systems. Instead, we often need to use non-linear models.

Let us assume we have the data given below. We wish to generate a model that estimates the value of Y given X.

With the regression curve: 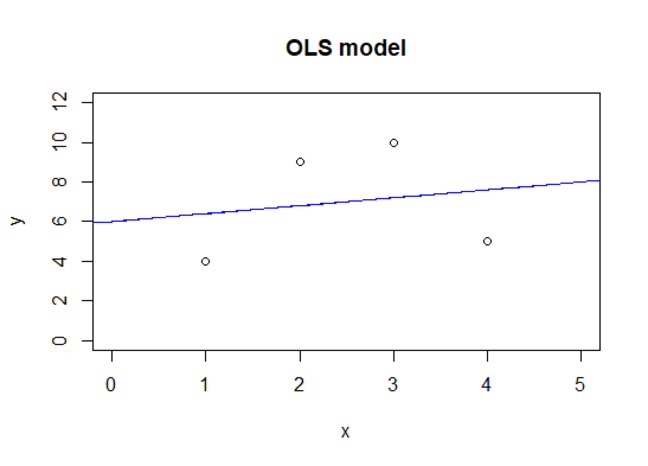 Let us consider two such transformation functions of X:

Applying these in our case gives us the new data:

Now, the regression plane in 3-dimensions is: 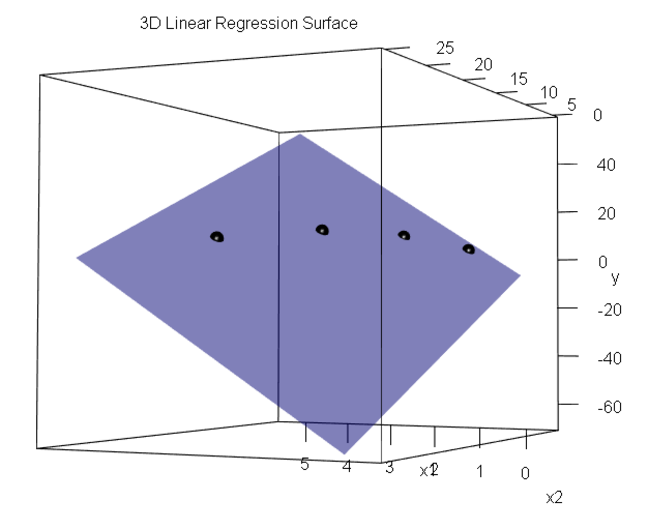 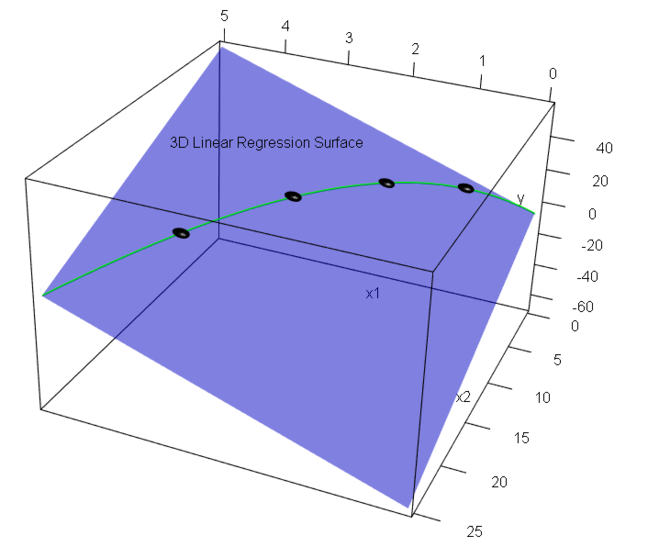 We can plot it in the data space corresponding to our original data: 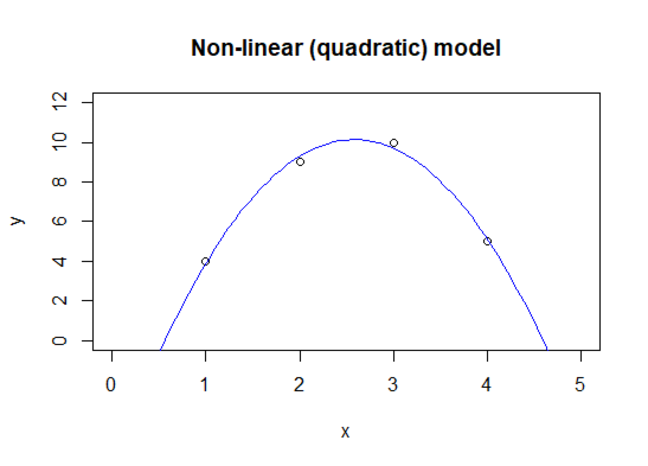 We have thereby obtained a non-linear model in our original data by combining a linear method with non-linear transformation of our original data. This approach is one that is we will encounter repeatedly being used to turn both linear regression and linear classification models in much more flexible non-linear models. The key to understanding what is going on is that we are producing a linear model in a high dimensional space where the data coordinates are given by non-linear transforms of the original input features. This results in a linear surface in the higher dimensional space. But when we look for legitimate values of the coordinates in this data space, we obtain a non-linear ‘hypercurve’ along that linear surface. This ‘hypercurve’ is non-linear precisely because our transformations were non-linear.

Some points to remember about this important process:

Similarly, we could proceed by looking for linear relationships between X and non-linear transformations of Y. In fact, such models are known as generalized linear models (GLMs) and in the related nomenculture the transformation of Y is known as the link function. GLMs are used to model data with a wide range of common distribution types (see here). Note that logistic regression, which we will see used as a linear classifier in combination with non-linear transformations, is just such a GLM. It is both a linear classifier of Y and a non-linear regression model of P(Y=1). We will make use of another GLM, Poisson regression, in some early video exercises. If you are unfamiliar with Poisson regression models you may like to review them.