Learn why the UK is holding an EU referendum, the issues at stake and what the result means, with this free online course

The UK will hold a referendum on whether to stay in or to leave the European Union on 23 June 2016.

The EU can often be confusing and the UK’s relationship with the EU over the years has been complicated. This three-week course breaks down the key facts and guides you through the referendum.

We look at how the UK ended up having a referendum on EU membership. We then consider the campaign issues, public opinion and alternatives to being in the EU. After the vote, we reflect on what the result means for the UK and for the rest of Europe.

Join us as we explore one of the biggest decisions facing the UK in a generation.

0:06Skip to 0 minutes and 6 secondsThe United Kingdom will hold a referendum on whether to stay in or to leave the European Union on 23 June 2016. There are many uncertainties around the referendum. If the UK votes to leave, what kind of relationship would it have with the EU? What will the result mean for the different parts of the United Kingdom? What kind of effect could Brexit have on the rest of the EU? The UK's history with the EU has also been complicated over the years. Why has the UK often found it difficult being in the EU? What would the EU renegotiation change in this relationship? Will this referendum settle the issue once and for all?

0:47Skip to 0 minutes and 47 secondsThis three-week course addresses these questions and sets out the key facts. In Week 1, we look at the how the UK ended up having a referendum on EU membership. In Week 2 - referendum week - we consider the campaign issues, public opinion and alternatives to being in the EU. In Week 3 - after the vote - we reflect on the result and what it means for the UK and the rest of Europe. In addition, the course offers you the chance to predict the referendum result and to share images of what the EU means to you. You can also ask questions and discuss the issues in our weekly Referendum Round-up and Twitter Town Hall.

1:21Skip to 1 minute and 21 secondsOur team of experts from the University of Edinburgh will guide you through this historic referendum. Join us as we explore one of the biggest decisions facing

1:29Skip to 1 minute and 29 secondsthe UK in a generation: to remain in or to leave the European Union. 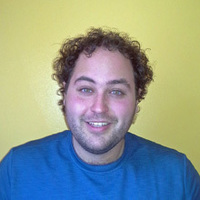 Anthony is PhD Candidate in British & European Politics at the University of Edinburgh. He researches the politics of the UK’s EU membership and edits European Futures, the University's blog on Europe 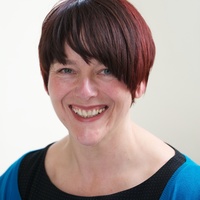 Professor of European Politics and Senior Fellow, UK in a Changing Europe Programme. Researches EU identity and how the public views the European Union, using twitter and experimental approaches.

Founded in 1583, the University of Edinburgh is one of the world’s top universities and is globally recognised for research, innovation and high-quality teaching.

You can use the hashtag #EdinEUref to talk about this course on social media.