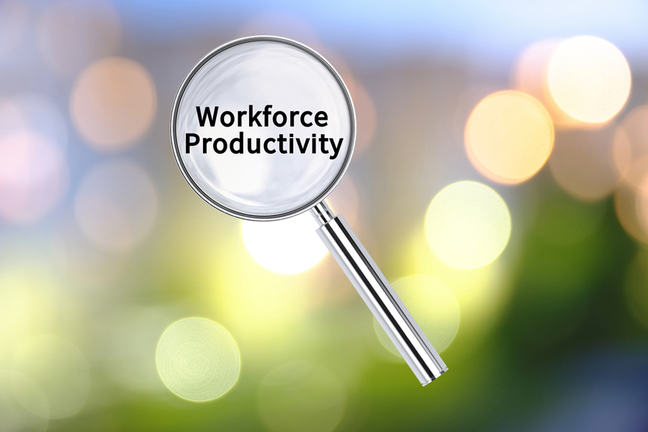 Productivity isn’t everything, but in the long run it is almost everything. A country’s ability to improve its standard of living over time depends almost entirely on its ability to raise its output per worker.

There are different notions of productivity but we will refer to labour productivity or output per worker (or more accurately output per hour worked), which is the definition that Paul Krugman used. For a more detailed look at how we define what productivity actually is and what drives productivity, read this research note produced by the Productivity Commission (2015a).

Essentially, labour productivity means getting more output from workers. It is about the efficiency of labour. Let’s look at Australia as an example. There was a steady rise in labour productivity growth from 1973 to 2014 of 2.3% on average, particularly from March 1978. We can see this clearly in the chart below. This increase is despite some bumps along the way. 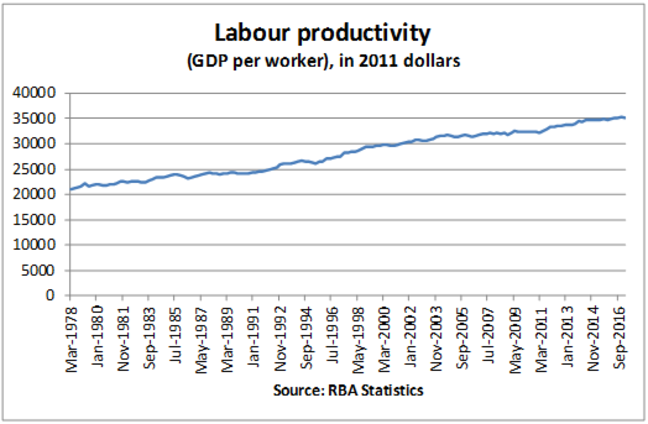 You can also view these statistics and more in the Australian Government’s Productivity Commission’s 2015b update. On this webpage you may find the tabs on productivity at a glance and the infographic of particular interest.

For an explanation of how these factors affect productivity growth see Productivity Commission (2015a, pp.1-7).

However, over the 12 months from January to December 2016 labour productivity growth in Australia was just 1.1%, a decrease from the average 2.3% enjoyed in the previous 30+ years. This productivity slowdown has been felt in all advanced countries.

There is now intense debate among economists about whether productivity growth has permanently slowed or whether the current slowdown is just temporary. This is yet to be seen - either way it will impact the next generation as we have seen that productivity growth greatly affects the living standards future generations can expect.

Consider which side of the debate you would argue - that productivity growth has permanently slowed or that the current slowdown is just temporary. Share your ideas in the comments below.