Ramon Llull, born in Majorca in the 13th Century, was an influential philosopher, writer and pioneer of many different subjects. This controversial man was admired and scorned alike by some of the most enlightened minds in European culture. He was also one of the leading lights in the intellectual circles of the late 13th century, in which Arab, Jewish and Christian philosophers and scientists alike participated.

Today he has acquired a new importance in the current debate on the ways knowledge is shared with others. In this course we’ll explore his work and how it’s influenced the arts, literature, science and technology.

Explore the work of Ramon Llull and his Ars Combinatoria

“Every philosopher has the ability to be a good mechanic.”

Ramon Llull invented a method of understanding knowledge that consisted of a complex mechanism of geometrical shapes and symbols that combine letters and concepts. It’s known as the Ars combinatoria and it was heralded as a new branch of learning with universal aspirations. The use of this mechanism, which posited the unity of the various branches of knowledge of the time, was intended to lead to peace between the religions by means of deduction, demonstration and dialogue.

Llull sought to establish a complex model of reality that encompassed the world, humankind and God as if in a vast web.

Through the course we’ll discover how Llull created this remarkable theory and understand more about his other work like the Tree of Science.

Learn about the life of Ramon Llull

As well as exploring the work of Ramon Llull we’ll also look at this visionary’s life, examining the key events and circumstances which affected his work.

Finally we’ll look at the ways Ramon Llull’s work has influenced huge numbers of other thinkers: from artists and writers to inventors and theorists. In particular we’ll look at how Llull’s innovative philosophy regarding networks has contributed to modern ideas in this area.

This course is inspired by the exhibition “The Thinking Machine. Ramon Llull and the ars combinatoria” at CCCB. The exhibition is on show until December 11, 2016

0:11Skip to 0 minutes and 11 secondsCan you imagine a totally interconnected world?

0:18Skip to 0 minutes and 18 secondsWhere religions speak a universal grammar?

0:24Skip to 0 minutes and 24 secondsWhere agreement between Christianity, Islam and Judaism under the same principles is sought?

0:32Skip to 0 minutes and 32 secondsWhere the dogmas of the Incarnation and the Trinity are explained rationally?

0:38Skip to 0 minutes and 38 secondsAnd where science and religion go together?

0:44Skip to 0 minutes and 44 secondsThis is how Ramon Llull conceived reality: as a set of elements in constant connection, with God as the principle of these interactions between men and the different levels of existence, reconciling these dogmas united with the sciences. A networked world. On this course we'll travel through the Lullian universe through his life and his work, in relation to the exhibition "The Thinking Machine" at the Center of Contemporary Culture of Barcelona. Accompanied by professor of Aesthetics and Art Theory Amador Vega, we will find out about the Ars combinatoria, a universal system that Llull created to unite religions. We will see how this language is applied to the various disciplines and sciences.

1:29Skip to 1 minute and 29 secondsWe will understand his mission to convince through reason and show faith using intellect. We will discover some of the symbols he used to explain the interactions between the elements of reality. We will understand Llull’s contemporaneity as a precursor to modern logic and the principles of computing. And we will see how his system fascinated and influenced illustrious people throughout history such as Nicholas of Cusa, Philip II, Leibniz and Salvador Dalí. Extending East and West through the centuries.

You don’t need any previous experience to do this course, just an interest in philosophy. 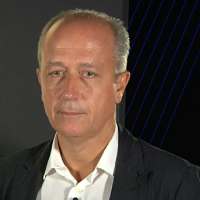 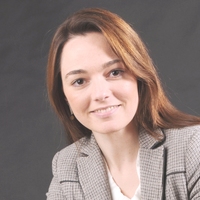 Universitat Pompeu Fabra (UPF) is a public, international and research-intensive university in Barcelona. In just 25 years, it has earned a place for itself among the best universities in Europe.

The Centre de Cultura Contemporània de Barcelona (CCCB) is a multidisciplinary institution and one of the most visited exhibition and arts centres in Barcelona.

You can use the hashtag #FLramonllull to talk about this course on social media.