This content is taken from the University of Reading & Historic Royal Palaces's online course, A History of Royal Food and Feasting. Join the course to learn more.
View course
4.6 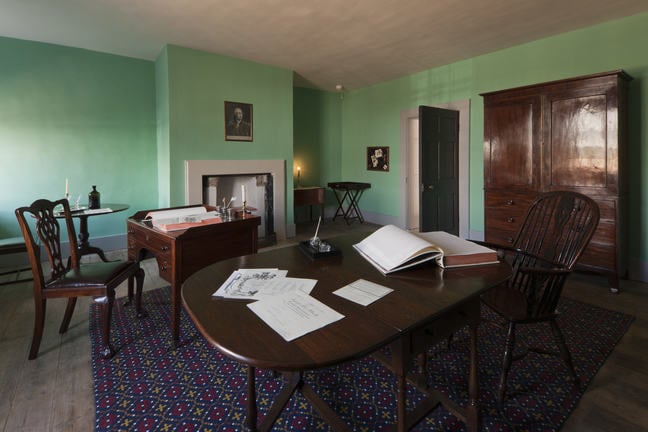 The office of the Clerk of the Kitchens

In the last Step we explored the Royal Kitchens at Kew, and how they were built to cater for the needs of the royal household. In this Step we’ll be looking at how the kitchens were staffed and run. How did the kitchens actually function when the King was at Kew?

During George’s stay at Kew in 1789, the Royal Kitchens were run by around 20 men and boys (there were no women, which was normal for professional kitchens in the 1780s). This was a small staff to cater for a royal household, but because of George’s ill health, only around half of the full complement of staff came with the royal family from Windsor Castle. Although there were no grand affairs taking place, the kitchens were still tasked with catering for the royal family and their wider court, including their equerries, pages, attendants and servants (and of course the kitchen staff). In early 1789, diners also included the King’s doctor, Dr Willis, and his assistants.

Roles and responsibilities in the kitchen were clearly defined. In 1789 there were:

While the Master Cook oversaw everything that happened in the kitchens, it was the Clerk of the Kitchen, William Gorton, who administered the purchase, storage and distribution of food. His office sat above the kitchens, and in there he (along with his assistant) recorded all incomings and outgoings. No food could be ordered without his authority. He worked with the Master Cook to prepare the menus each day, and he kept a record of each of these in his ledger. You’ll meet the Clerk of the Kitchens in Step 4.15. 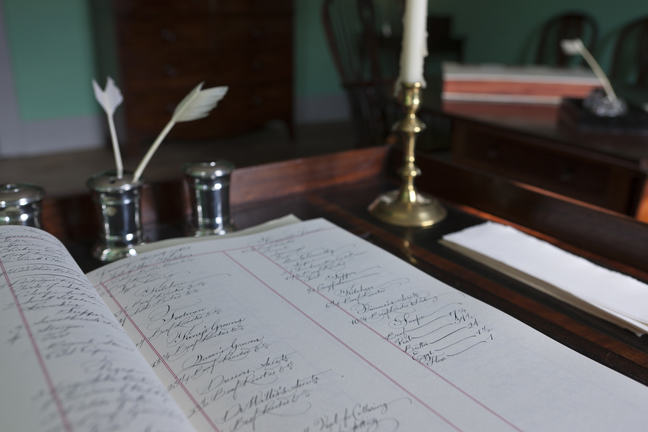 In Week 1 we saw how the Ordinances of Eltham regulated expenditure and provided rules for dining in the Tudor court. By George III’s reign, these regulations were even tighter, and the expenditure of the royal household was overseen by the Board of the Green Cloth, an archaic department of the Lord Steward’s Office (so named for the green baize cloth on which money was traditionally counted). The Clerk was responsible for reporting everything back to this body. This meant that not only were all the roles at Kew clearly defined, but their exact duties laid out in the King’s ‘Old Rules and Order’ book, a lengthy list of what each member of staff should and should not do. For example:

‘The Porter shall do the laborious business of the office and shall be obedient to the Directions he shall receive from his superior officers.’

‘The Gentleman [from the Buttery] shall report immediately to the Officer of our Board of Green Cloth attending any complaint that may be made of the badness of the beer, ale or cyder, and in case he shall neglect so to do, he shall forthwith be dismissed our Service.’ 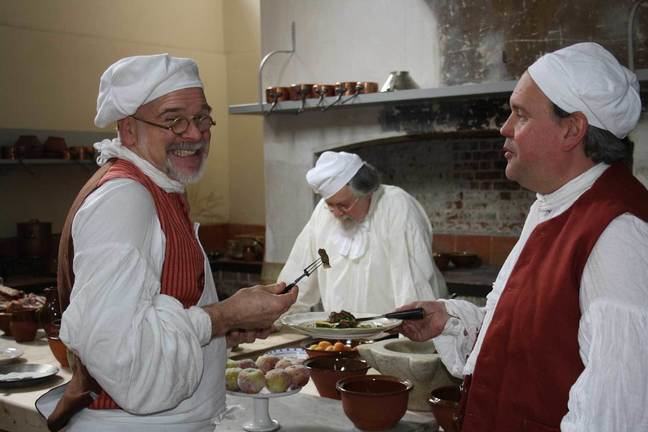 All of the kitchen staff were expected to swear an oath of loyalty to the King, and the strict hierarchy and long days may not seem enticing to us. However, working in the kitchens provided ‘a job for life’ for many of the servants, and they were provided with lodgings and food, although not the same quantity as the royal household. As status declined, so did the array of food on offer. The kitchen staff had just one course, but it was usually roast or boiled meat, a food still seen as expensive, especially when served in plentiful quantities with ‘all the trimmings’. Well cooked, good quality food was a major perk at a time when oven or roasting facilities were still outside the reach of many.

Now that we’ve met the staff, in the next Step we’ll examine where the food actually came from, and who supplied it to the court.