Chart the history of royal food in the splendour of royal palaces.

Did you know that Henry VIII ordered the first apricot trees to be planted in England because he couldn’t get enough of them? Or that chocolate was first introduced to England by Charles II to compete with the French court?

On this course, you’ll join expert historians, curators and food scientists from the University of Reading and Historic Royal Palaces, to immerse yourself in the changing tastes of successive generations of royalty and experience the splendour of their palaces - from the Tudors to the 20th century.

Explore royal food through five remarkable monarchs and their palaces

Over five weeks, we’ll explore the history of royal food through the tastes of five key monarchs, and take an intimate look behind the scenes at some of the most incredible palaces in England:

Each week, you’ll be invited to:

From University of Reading:

Week 2: Elizabeth I and the Tower of London

This course is intended for anyone with an interest in history, food and food science. It doesn’t require any reading before you start or previous experience of studying the subject. 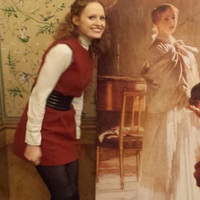 I am Professor of History, University of Reading, author of acclaimed books on royalty, royal expert for TV, food and social historian. They've even let me talk food history on Bake Off! Big HRP fan!

You can use the hashtag #FLRoyalFood to talk about this course on social media.