Hear about some of the more unusual attempts at escape by prisoners at the Tower of London in this article. 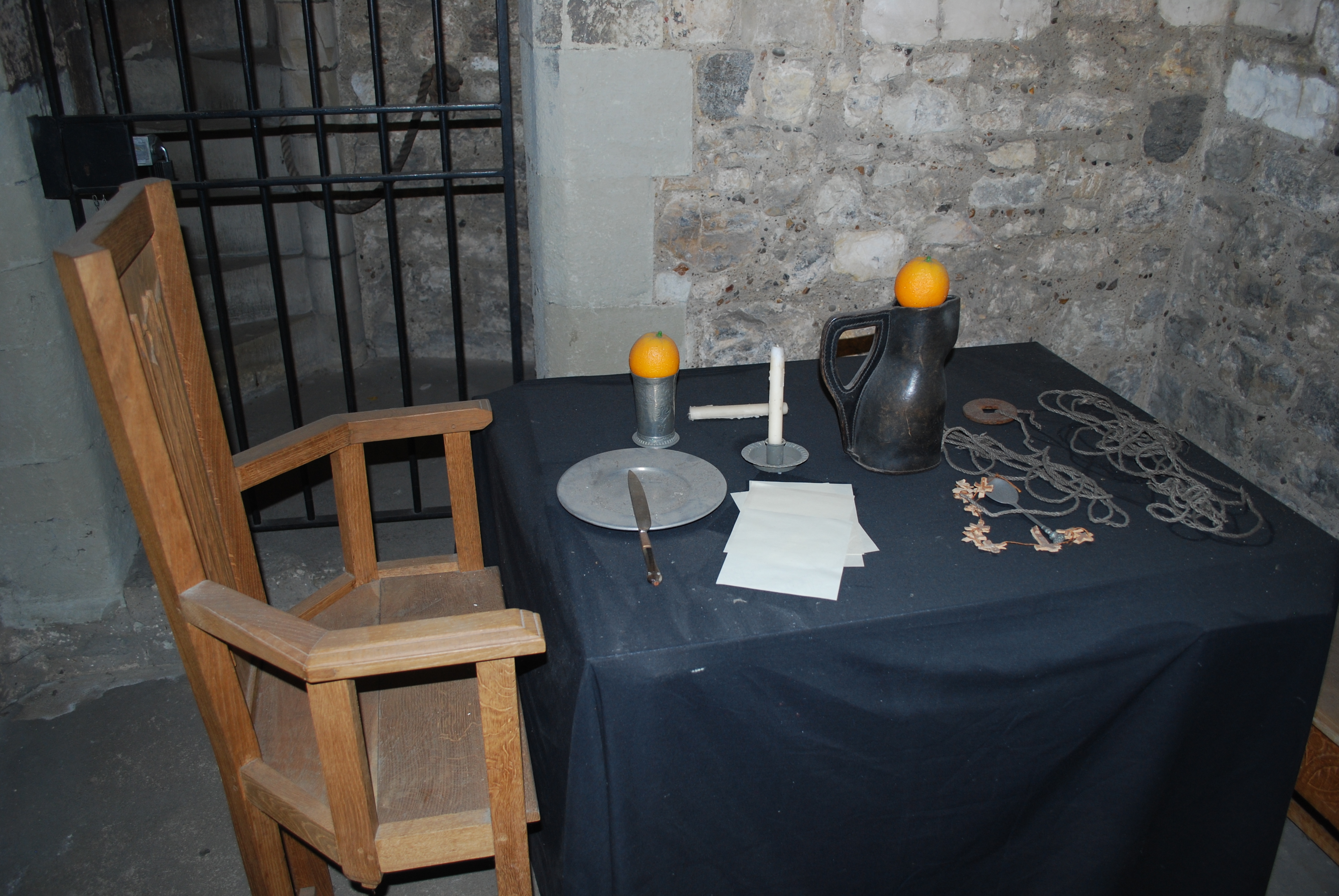 Throughout the centuries, many brave prisoners have attempted to escape from the Tower of London. These prisoners had to use whatever was at their disposal to bargain, communicate or smuggle their way out of the fortress. One of the most ingenious plans of all must be John Gerard’s ‘great citrus fruit escape’ in October 1597. Gerard was a Jesuit priest, a dangerous thing to be in Elizabethan England. At first Gerard was able to move freely among members of the gentry who continued to practise Catholicism, however, he was eventually captured in 1594 and in April 1597 he was transferred to the Tower. While in the Tower, Gerard underwent torture, often being suspended for hours by his wrists, in the hope that he would confess to treason and could be put to death. But it was also during this time in the Tower that Gerard met fellow Catholic prisoner, John Arden, who was imprisoned on accusations of his involvement in an anti-government plot. 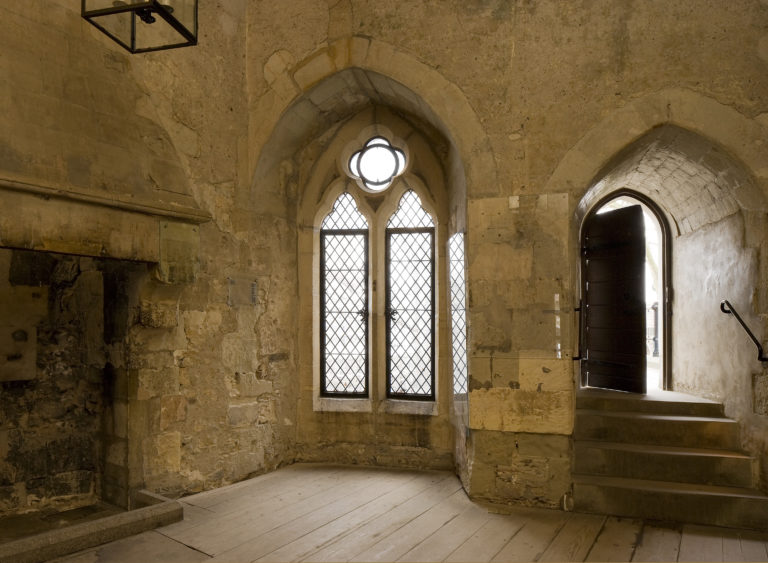 Gerard was being held in the Salt Tower, while Arden was in the Cradle Tower, and there was a garden between the two. Gerard realised that the Cradle Tower was close to the outer wall, overlooking the moat and that, with help from the outside, it might be possible to lower a rope from the Tower to the other side of the moat and escape. But how to get in contact with allies on the outside? We imagine the idea struck Gerard when he was eating his afternoon snack!
Gerard bribed the warden by gifting him some oranges that had been sent to him, and persuaded the warden to allow him to send crosses made of the leftover orange peel to friends still in the Clink – the notorious London prison. These were to be sent along with a message written in charcoal, which the warden would check first. Gerard wrote his message, but while unsupervised Gerard used the orange juice which had been saved, to write a second letter on the same paper. Once the juice dried it became invisible, only to be readable when heated. This letter was then wrapped around the orange peel crosses, smuggled out of the Tower, and delivered to Richard Fulwood, an old and loyal servant of Gerard’s, and John Lillie, a Catholic sympathiser. 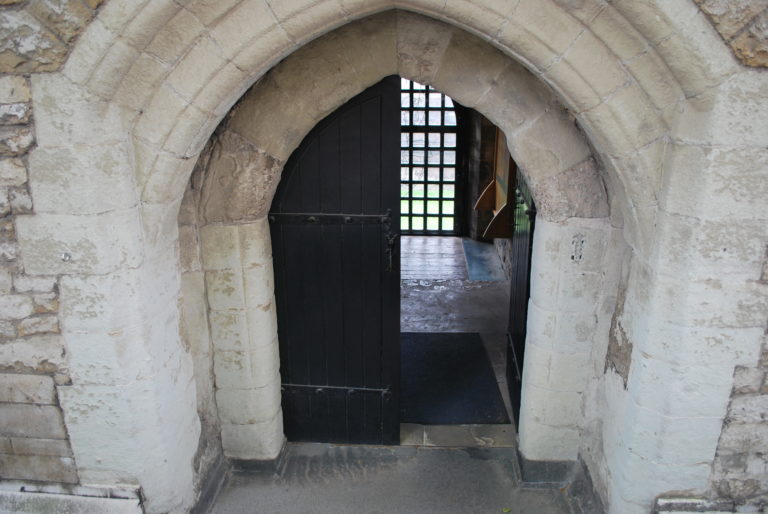 On deciphering the letter the two men helped work out a dangerous, but possible, escape plan. On 3 October Gerard and Arden were given permission to spend the evening in each others’ company. When the warden left they loosened the bolt to the roof of the Cradle Tower. Reaching the roof under the cover of darkness, they spotted a boat of three men approaching the walls. They were about to make contact when a resident presuming the would-be rescuers were fishermen, engaged them in a conversation. Gerard and Arden waited but the opportunity had been missed. The next day, some of the rescuers decided to try again. Gerard and Arden once more made their way to the roof, threw down a weighted cord and raised up a rope tied to the boat below. Arden and then Gerard were able to make their way down the rope and to freedom. Gerard remained on the continent for the rest of his life, dying in Rome on 27 July 1637, at almost 73 years old. Not bad going for a man who had once been imprisoned, tortured and threatened with execution in the Tower of London – and all thanks to oranges! Gerard wasn’t the only prisoner who had the idea to communicate in secret using the juice of a citrus fruit. Devoted husband, Sir Everard Digby, imprisoned in 1605 for his part in the gunpowder plot, wrote to his wife in lemon juice which was invisible until heated, or the paper became wet. However, unlike Gerard, Sir Digby was unable to use the lemon juice to orchestrate a grand escape and he was later executed.

View Course
Citrus fruit wasn’t the only edible product used in an escape plan. Ranulf Flambard, Bishop of Durham, was the first high-profile prisoner of the Tower. His job as King William II’s chief tax collector made him highly unpopular and very wealthy. When Henry I succeeded to the throne in 1100, he gained public support by imprisoning Flambard. The bishop wasn’t to be imprisoned for long. Using the cover of the feast of Candlemas, he hosted a great banquet where he invited his guards to eat and drink with him. Once his guards had fallen into a drunken sleep, the Bishop opened the last barrel of wine in which his steward had concealed a rope. Flambard tied the end of the rope to the column in the middle of one of the Tower’s narrow windows, and taking his Bishop’s staff with him, climbed down the rope to where his friends were waiting for him with horses. However, not all the prisoners in the Tower were quite so desperate to leave. Henry Percy, Earl of Northumberland, was given a life sentence at the Tower for treason, but he led a very grand life at the Tower. He had a large library placed within his ‘cell’ and conducted many experiments in mathematics, astrology and alchemy. He also rented Brick Tower for the use of his son, in order for him to supervise his education. Guests would flock to dinner with the Earl to feast on luxury items and delicacies such as: capons, partridges, plovers, teals, larks, woodcocks, pigeons, lings (this could be several species of fish: burbot, blue ling, cobia, common ling, pink cusk-eel or red hake), herrings, salmon, gurnets, conger eels, oysters, flounders, prawns, smelts (a small fish), apples, pears, cream, gooseberries, filberts (a member of the hazelnut family), oranges, Westphalia bacon, olives, artichokes and capers. In fact, Percy lived so well at the Tower he was apparently very reluctant to abandon his comfortable confinement.

You can see how successful John Gerard’s secret messages might have been by making some ‘invisible ink’ of your own. Organic acids work best for this, particularly lemon juice, onion juice, vinegar, and of course, orange juice: they oxidise and turn brown when heated. To do this, squeeze the juice of half an orange into a bowl, and add a few drops of water. Mix together using a spoon. Dip a cotton bud (Q-tip) into the mixture and use this to write your message on a piece of white paper. Wait for the message to completely dry, so that it becomes invisible. You can then heat the paper using a light bulb, or a candle if you want the full John Gerard effect (just be careful to not set light to the paper).
© University of Reading and Historic Royal Palaces