How was the wound treated?

The wound was cleansed with NaCl (0.9%). Honey ointment on a paraffin gauze was applied. Non-woven compresses were used and fixation using circular bandages was carried out.

A follow-up of the wound was done three weeks later, on the 27th of November 2018: 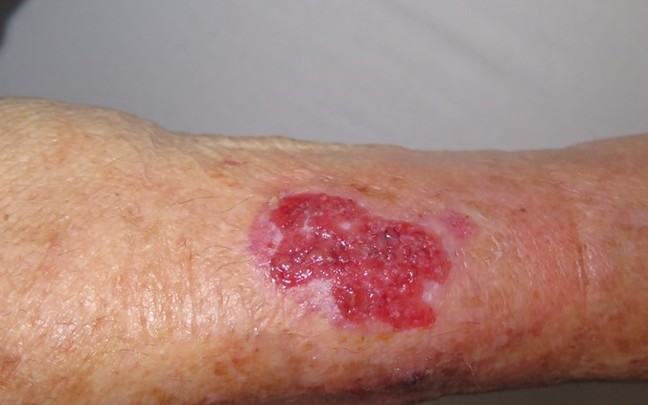 A TIME analysis (step 2.3) was done again during this follow-up: 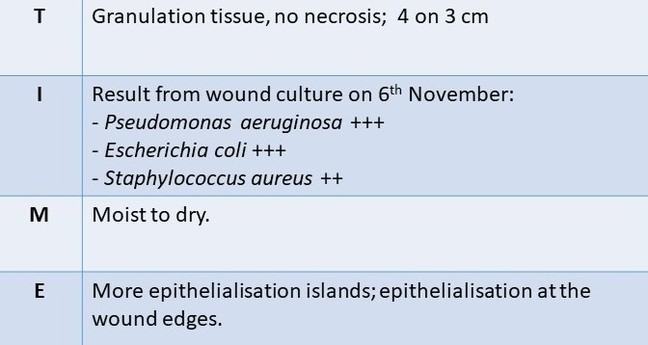 A vascular assessment showed no arterial occlusions. However, there was limited oedema of the lower leg; the patient refused to wear compression bandages.

The wound was first cleansed with NaCl (0.9%). The patient had silicone contact layers at home, so that was used instead of honey ointment. Additionally, non woven compresses were applied and fixation with circular bandages was continued for treatment. A biweekly bandage change routine was also implemented after this follow-up.

A second follow-up of the wound was done on the 8th of January, 2019, two months after the initial consultation: 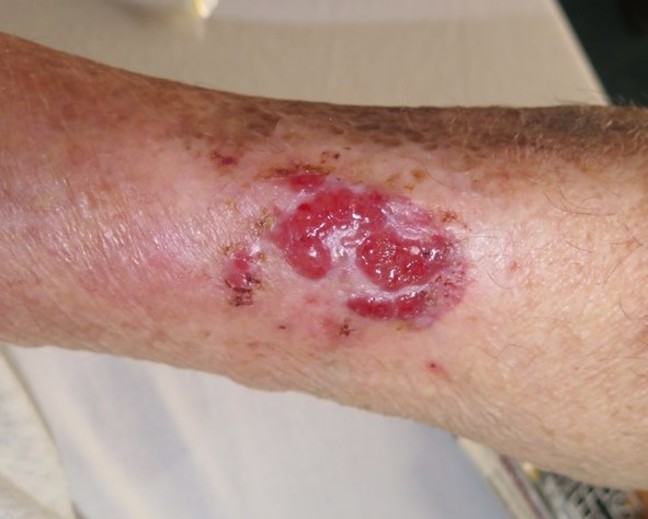 The TIME analysis of the wound now showed the following results:

There was a positive wound sample again, and it had become static. The wound was cleansed with NaCl (0.9%) and during the patient’s shower. As the wound bed was easily bleeding, a bandage that would not have to be changed daily was chosen - hydrofiber silver dressing was applied twice a week. Non woven compresses and circular bandage fixations were continued.

It showed that the wound was now closed. Hydration of the skin was ensured using lipophilic cream daily.

Explore perioperative medicine and how you can improve care for the high risk surgical patient. Join this RCoA endorsed course.

Food as Medicine: Food and our Genome

Understand the relationship between food and genetics and learn how to apply your learning to help patients.