Explore the history and significance of the Birmingham Qur'an, and its journey from late Antiquity Middle East to contemporary UK.

Learn about central aspects of multilingualism in today's globalised societies, such as cognition, policies and education.

0:08Skip to 0 minutes and 8 secondsSUSAN WORRALL: On the 22nd of July, 2015, the University of Birmingham made an announcement that captured the world's imagination. A Quranic manuscript held at the University's Cadbury Research Library had been radiocarbon dated to the early seventh century making it one of the earliest examples of the Islamic holy book in existence. The news quickly spread around the globe generating unprecedented media coverage and sparking huge interest amongst the public, both Muslims and non-Muslims. The message was clear, by holding a fragment of the Qur'an for which parchment had been radiocarbon dated to a period correlating closely with the lifetime of the prophet Muhammad, the University of Birmingham held within its collections a manuscript of global significance.

0:57Skip to 0 minutes and 57 secondsAt a time when so much of the world's cultural heritage is being deliberately destroyed or threatened, this announcement captured hearts and imaginations worldwide. This journey will tell the full story of the Birmingham Qur'an manuscript from its possible origins in the Islamic heartlands more than 1,400 years ago to its current place as part of Mingana Collection in Middle Eastern manuscripts in the Cadbury Research Library at the University of Birmingham. It's a remarkable journey. What can a 1,400 year old Quranic fragment teach us today? What stories can it share with us? How do we care for such a sacred manuscript. How can we use scientific techniques to reveal its secrets.

1:42Skip to 1 minute and 42 secondsAnd how can we assure that it and the rest of our collections are cared for and are still relevant and appropriate to people and communities today? We'll explore developments in calligraphy and the arts of the Qur'an. We'll look at these questions and many more together as we investigate the Birmingham Qur'an.

Week 1 The Journey of the Birmingham Qur’an manuscript; How the radiocarbon dating of the manuscript became a world-wide news sensation; The significance of the dating and its origins

This course is designed for anyone who has an interest in the history of religious texts, the study of Islam, manuscript culture, Islamic arts, how historic collections are cared for, and their value for research 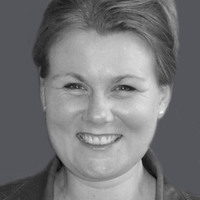 I am Director of Special Collections, for the University of Birmingham, responsible for the Cadbury Research Library.
I am the lead educator for 'The Birmingham Qur'an' course. 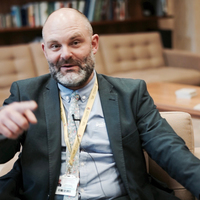 Education Consultant and Honorary Lecturer in Special Collections at the Cadbury Research Library.
Interested in community participation and the social impact of engagement with historic collections. 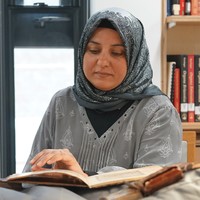 I am curator of Islamic manuscripts and a researcher at the University of Birmingham. My research involves codicology, Qur'an manuscripts, and the transmission of Arabic literature to medieval Europe. 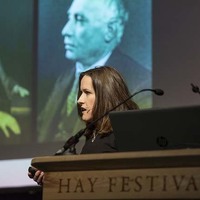 You can use the hashtag #uobquran to talk about this course on social media.