This open online course looks at the challenges of enhancing the quality of urban life as they have been addressed by projects from across the world that have received the Aga Khan Award for Architecture. All of these projects have benefited Muslim communities, but the messages they communicate are universal.

Over 115 projects have received the Award since 1980. Many of these projects directly address the urban scale and essentially are planning projects. A number of them are works of architecture that nonetheless have an impact on the urban fabric.

0:11Skip to 0 minutes and 11 secondsI am Mohammad al-Asad the Director of the Center for the Study of the Built Environment in Amman, Jordan and I would like to thank you for joining us for this Aga Khan Trust for Culture Open Online Course entitled “Enhancing the Quality of Urban Life” This course will specifically look at projects from all around the world that have received the Aga Khan Award for Architecture and have contributed to improving the quality of life for city residents Although these projects are primarily connected to Muslim communities the messages that they convey are very much universal in nature The Aga Khan Award for Architecture completed its first cycle in 1980 since then, it has gone through thirteen cycles, and is currently in its fourteenth cycle which will be concluded in 2019 Since its inception around four decades ago over 115 projects have received the Aga Khan Award for Architecture some of these projects are urban in nature some of them are architectural in nature but nonetheless have had an urban impact In this course, we will be presenting to you fifteen of these urban and architectural projects that have had an impact on the quality of life in the city We will be presenting these projects to you under seven categories The first category is public buildings that function as urban landmarks

1:53Skip to 1 minute and 53 secondsThe third category addresses projects that connect the city to the surrounding natural context

2:02Skip to 2 minutes and 2 secondsThe fourth category deals with the creation of open public spaces in the city

2:10Skip to 2 minutes and 10 secondsThe fifth category deals with improving the quality of housing for the urban poor

2:19Skip to 2 minutes and 19 secondsThe sixth category addresses the protection and revitalization of the city's built heritage

2:28Skip to 2 minutes and 28 secondsAnd the seventh and final category addresses the needs and challenges relating to post-conflict cities

2:40Skip to 2 minutes and 40 secondsI will be presenting to you ten of these fifteen projects that belong to five categories My colleague Lara Zureikat, the Associate Director of the Center for the Study of the Built Environment will be presenting to you five projects that belong to two categories As we present these projects and categories to you we would like you to keep a couple of issues in mind The first is that you will notice that a number of these projects may very well belong to more than one category However, we will be presenting those projects to you within the context of the category that we feel they are best connected to Moreover, we would like you to keep in mind that these projects have received the Aga Khan Award for Architecture since its inception, that is over a period of about four decades As a result, we will present to you information about these projects at the time they were conceived and at the time that they received the Award and obviously the condition of these projects may very well have changed between now and then Nonetheless, these projects remain as relevant today to the concerns of urban life as they were when they were conceived and when they received the Award

Architectural projects premiated by the Aga Khan Award for Architecture that belong to the following categories:

This course will be of interest to: 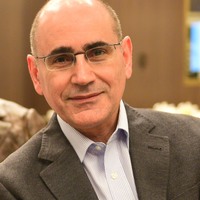 Mohammad al-Asad is the Director of the Center for the Study of the Built Environment (CSBE), and is a member of the Steering Committee of the 2019 cycle of the Aga Khan Award for Architecture. 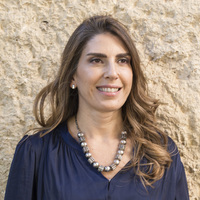 Lara Zureikat is a landscape architect and the Associate Director at the Center for the Study of the Built Environment (CSBE).

The Aga Khan Trust for Culture seeks to be a catalyst for a better quality of life through the preservation and revitalisation of cultural assets.

Center for the Study of the Built Environment (CSBE)

The CSBE is a non-profit, interdisciplinary private study and research institution that aims at addressing the challenges affecting the built environment in Jordan and beyond.

You can use the hashtag #FLqualityofurbanlife to talk about this course on social media.