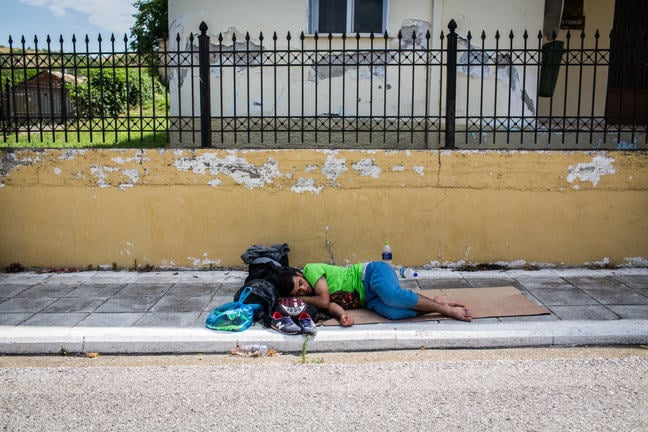 Trends in conflict and natural disasters

In order to best respond to current and future humanitarian crises, it is essential that that humanitarian actors have an appreciation of the emerging and established trends in conflict and environmental crises.

In this step, Dr James Smith reviews how conflict has evolved in recent years, highlighting the impact of widespread urbanisation, patterns of migration, and climate change on health in crisis settings.

Various research groups have attempted to identify both the scope and scale of changing trends in conflict worldwide. While global data has limited practical value, the work of the likes of the Heidelberg Institute for International Conflict Research, such as its Conflict Barometer1, the International Institute for Strategic Studies, and the Uppsala Conflict Data Programme / Peace Research Institute Oslo (with their joint Conflict Data Program)2, have all contributed to a greater understanding of the frequency and intensity of conflict crises in recent years.

Much of this research identifies a clear decline in conflict-related fatalities in recent years, as compared to the Cold War period. Consider, for example, the death toll associated with the Vietnam War and Iran-Iraq War. There has been a notable increase in the number of deaths since 2014, with this attributable largely to conflicts in Syria and Iraq. The frequency of conflict has remained relatively stable in the last two decades, with approximately 30-40 distinct conflict crises reported every year 1.

The rise of intrastate conflict

Intrastate conflict, or conflict within a country, now dominates organised violence across the world. This often involves multiple non-state armed groups and additional external state actors, and has resulted in a stark increase in associated population displacement over the last 15 years4. This poses a major challenge for humanitarian organisations, which must often negotiate with many different parties in order to gain access to crisis-affected populations. As International President of the Red Cross, Peter Maurer describes:

‘The so-called “battlefield” [can] be almost anywhere at any time, often in densely populated urban areas, where combatants and civilians mingle together and may be indistinguishable5.’

Engagement with non-state armed groups is now the norm (ISIS in Syria and Iraq, the Taliban in Afghanistan, FARC in Colombia, and so on), with fresh concerns raised over the interpretation and appreciation of international humanitarian law by armed groups, the perception of humanitarian neutrality, and the impact of counter-terrorism policies on the ability to engage with certain belligerent parties6. This has significant implications for the delivery of health services and subsequent access to healthcare in affected regions, particularly given the protracted nature of many on-going intrastate conflicts.

Returning to Maurer, we see evidence of a second trend: that of urbanisation and the rise of humanitarian crises in urban contexts. It is not surprising that we have seen an increase in the number of urban crises given the rapid global trend towards urbanisation and migration to urban centres. As Maurer suggests, the days of open battlefields and expansive refugee camps have largely been resigned to history. Aware of this changing trend, humanitarian agencies have now recognised that a substantial proportion of displaced people are, and for long time already have been, living outside refugee camps, and often in urban settings. This poses a major challenge, with established actors struggling to ensure access to basic health services beyond the camp setting7.

The mass influx of Syrian refugees into neighbouring Lebanon and Jordan has highlighted gaps in the current provision of humanitarian assistance to urban communities8, while the difficulties of accessing besieged urban areas inside Syria and direct targeting of civilians and healthcare facilities have drawn into question the usefulness of the political negotiations around humanitarian access. Such changes have prompted the humanitarian health community to radically reimagine the relationship between displacement and health, with a much broader focus on aspects of psychological wellbeing, the management of non-communicable diseases, and the social determinants of health in times of crisis.

The Syrian conflict has also emphasised the urgent need to adapt to humanitarian crises in middle-income contexts. Traditional forms of humanitarian governance and the distribution of material humanitarian aid have been widely rejected in such settings.

In eastern Ukraine, humanitarian actors have recognised the need to deliver a comprehensive package of care that incorporates mental health and non-communicable disease interventions alongside immunisation campaigns and outreach to vulnerable people, notably the elderly. In the Philippines in the wake of Typhoon Haiyan, humanitarian responders were rightly pressed to work alongside the Philippines government, and to avoid reinventing systems for governance and distribution that were already in place before the storm struck9.

Trends in environmental disasters have changed too. The number of natural disasters has demonstrated an upward trend since the 1980s, with a notable increase in climate-related events, such as floods and storms like Typhoon Haiyan and Hurricane Matthew. Predictions suggest that this number will continue to rise, fuelled by the global impact of climate change10. Concerns around climate change and the willingness of donors to fund development projects has seen a shift towards resilience and risk reduction initiatives in the hope that this will reduce the impact of future crises. It is imperative that such preventative activities recognise interventions that are beneficial to health, while at the same time ensuring that sufficient capacity exists to respond to acute health needs in the event of those inevitable crises that cannot be averted11.

Finally, concerns have been raised over the projected impact of emerging infectious diseases, for which climate change is also recognised as a key contributing factor. The recent Ebola outbreak in West Africa has led us to ask serious questions of our collective capacity to respond to such crises. Population growth, urbanisation, globalised trade and travel, and climate change are all expected to contribute to the rise of new infectious diseases and more catastrophic outbreaks of established pathogens.

With a better understanding of historical trends in humanitarian crises, an appreciation of the defining features of contemporary conflict and environmental crises, and an awareness of situations in which humanitarian actors did and did not respond in a timely and effective manner, we will be better able to design humanitarian health programmes that respond to context-specific needs when faced with crises in the future.