Examine the relationship between language, nationality and cultural identity

On this course you will analyse why language is a social construction and examine how it relates to cultural identity.

You will start by exploring what language is, how it relates to the way we think and how it is shaped by the culture it originates from. You’ll learn how language is used and explore cases of intercultural communication. You will examine the difficulties of translation and how politeness is expressed across cultures. Finally, you’ll learn about the controversial issue of language loss and examine the reasons that cause it and its implications for cultural identity.

0:07Skip to 0 minutes and 7 secondsThis course is about the relationship between language and culture. We're going to think about how the language we use affects the way we communicate. So, for example, does the particular language that we speak in a particular communication change the way in which we represent the world around us? Equally, from the other side, does the culture we live and engage in shape the language that we use?

0:38Skip to 0 minutes and 38 secondsWhat we have to think about is that when we are involved in translation, when one person is having to translate from one language to another, then they're not just actually translating the linguistic elements. They're having to translate aspects of their culture, too. And one particular example of this is the issue of politeness. So politeness is really very much tied to culture, and even microcultural contexts. So when we are speaking to somebody from another cultural context, then we have to think about the different ways in which behaviour is evaluated, and what's considered to be polite in that particular context, and with those particular people.

1:22Skip to 1 minute and 22 secondsThis course will be useful for those of you who are studying languages, or perhaps you are going abroad either to work or to study, and also for people who are involved in translation-- either as a recipient of translated materials, or in translating materials for others to use. I also hope this course will be useful for everybody, because, of course, all of us live in a globalised world, and all of us are engaged in intercultural communication on a day-to-day basis. For some of us, this might be a very large aspect of our lives. For others of us, it might be just small interactions we have with people on the street. But we are all engaged in this.

2:05Skip to 2 minutes and 5 secondsHaving learners from around the world will enrich this experience for all of us hugely. You all have intercultural communication stories to tell and share with other people on FutureLearn, and we would like to hear them. Sign up now for Intercultural Studies-- Language and Culture.

The course is for anyone with an interest in the relationship between language and culture, you don’t need any previous experience.

This course is also ideal if you are working with languages, you are preparing to move to a different country for work or study or you work with groups of people from different cultures to yours. By completing all aspects of the course you will have achieved 14 hours of CPD time. 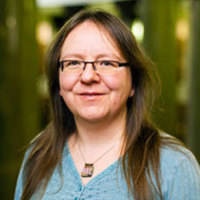 Lecturer in Linguistics at the University of Leeds. My research interests are in linguistic politeness and also critical discourse analysis (language and power).

As one of the UK’s largest research-based universities, the University of Leeds is a member of the prestigious Russell Group and a centre of excellence for teaching.

You can use the hashtag #FLlanguageculture to talk about this course on social media.

Feel empowered to protect your students by identifying and reporting signs of child abuse and neglect.