Explore the lives of men, women and children living through war and revolution and social changes that made modern Ireland.

How do people experience war and revolution? How does political change, violence, total war, affect life in its most basic ways? Looking at Ireland through war and revolution, this course considers these and other questions about Irish life between 1912 and 1923.

The course looks beyond the familiar names and the famous faces. It explores how the events that shaped the nature of modern Ireland - the Great War, the Easter Rising, the Irish war of independence and civil war - were experienced by the people who lived through them or in spite of them.

0:10Skip to 0 minutes and 10 secondsOrdinary people living through extraordinary times. Between 1912 and 1923, Ireland experienced radical changes that reverberate still. It was marked by revolution, guerrilla warfare, civil war, and partition.

0:29Skip to 0 minutes and 29 secondsThe history of this period has been told, retold, and constantly contested. But this course will attempt to do more than just focus on the familiar dates and faces. You will encounter a different kind of war and revolution with multiple voices and multiple truths.

0:51Skip to 0 minutes and 51 secondsOver six weeks, leading historians in the field will challenge your understanding and certainties about what people thought they were fighting for. Why did people fight? What was won and lost, and by whom? What were the consequences for the ordinary man and woman? I think often when you see one historian in front of the camera, that impression is almost built in to whatever they say, that they have the right answer, and that there is only one answer. And in a sense, I think what this MOOC should be about is maybe being honest enough to say sometimes we often don't have an answer and we never will have an answer. What's actually exciting about it is the pursuit of the material itself.

1:30Skip to 1 minute and 30 secondsEverybody experiences history, whether it's the prime minister or whether it's the street cleaner. History is happening to all of them. Nobody knows on Tuesday what's going to happen on Wednesday. And you have to recapture that kind of sense of being alive. The phases and changing nature of conflict will be examined. The influence of total war in Europe from 1914 to 1918, rebellion in 1916 and the British response, the IRA's ruthless guerrilla warfare, and the bloody civil war from 1922. Rich archive material will not only give you an understanding of events, but also the challenges faced by the historians working with often contradictory sources.

2:17Skip to 2 minutes and 17 secondsThe assumption that the lives of those of the great and the good and the powerful are in some ways more worthy of interest than the lives of ordinary people. And I think one of the reasons I got excited about getting into this in the first place is the opportunity actually to imagine ordinary lives in the past. The sources that we can use in the 20th century, I think the fact that people taking part in this MOOC can actually plug into those sources themselves and do things that couldn't have been done a few years ago. We can now approach history looking at original documentation and asking their own questions. Learn to engage with the past on its own complex terms.

2:53Skip to 2 minutes and 53 secondsIrish lives in war and Revolution. What will you discover when political, social, economic, and cultural histories collide?

Through videos, assignments and discussions, through innovative approaches, this course introduces you to the history of Ireland in one of its most tumultuous periods. Considering the choices of those who fought in all sorts of ways for all sorts of causes, looking at the continuities of everyday life, this course allows us to question our broader understanding of these years.

Looking at the intricate and complex tapestry of lives lived, often in the midst of chaos, we might begin to ask different questions of these years. Do we understand war better if we consider the motivations that took a single soldier to the front, whether that front was in Flanders or Dublin? Does our sense of the entire period change when we examine general social and cultural trends or when we investigate their effect on private lives?

A basic interest in Irish and modern European history as well as a curiosity about how conflict shapes civil society. No prior knowledge or expertise is required.

You can find out more about what to expect from this course in Ciarán Wallace’s post for the FutureLearn blog: “Do you know what’s going to happen tomorrow?”

Join this course as we begin to consider these and other questions.

What software or tools do you&nbspneed?

No software or tools are required. 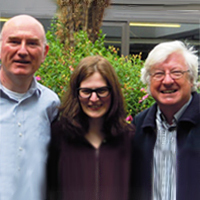 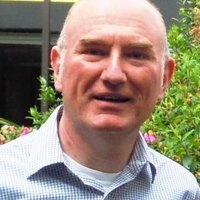 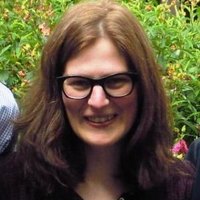 Member of the academic team of Irish Lives in War and Revolution 1912-1923 MOOC.

What does it mean to fight?

You can use the hashtag #FLirishlives to talk about this course on social media.