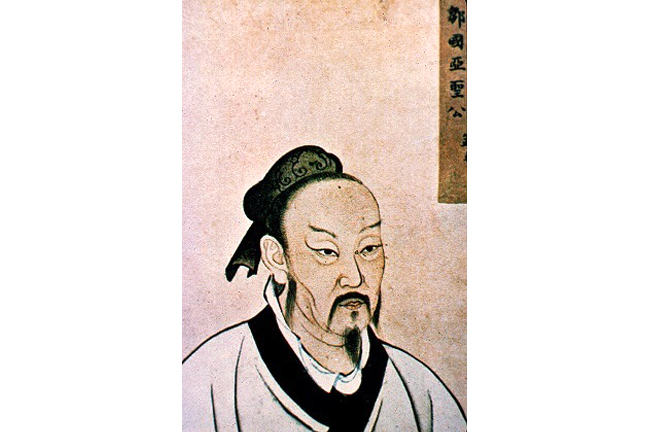 “Tributary system” is the term 20th century historians chose to describe imperial Chinese foreign relations as a whole. “Serving the great”—in Korean Sadae, in Chinese Shida—was the phrase that Chinese and Koreans themselves used as the paradigm to describe their special relationship. Where did the term originate? What did it mean, to serve the great? And what did the “great” offer in return for service?

One of the ancient texts that civil service examination students would have mastered was the Spring and Autumn Annals, along with extensive commentaries, which recorded the history of the late Zhou dynasty. The locus classicus of “serving the great” can be found in a speech recorded in the Zuo Commentary from the year 492 B.C. Although formally unified under the Zhou emperor, in reality 5th century China was a patchwork of kingdoms of constantly shifting alignments as enemies or allies. A proto-Confucian minister in this context argues that reciprocal moral obligations should undergird the relationship between states of unequal power. “It is by good faith that a small State serves a great one, and benevolence is seen in a great State’s protecting a small one,” the minister argues. “If we violate [our covenant with] a great State, it will be a want of good faith; and if we attack a small State, it will be a want of benevolence.” The weaker state, in other words, must be loyal and faithful to its greater protecting power. In return, the great power is obliged to “protect” the smaller one, and treat it with the cardinal virtue of Confucian morality—“benevolence”.

“Serving the great” features in another, even more sacred text in the Confucian canon—the book of Mencius. Mencius was a 4th century philosopher and political advisor who embraced, popularized, and expanded Confucius’ teachings. In a lively debate at court in the state of Qi, the King asks Mencius how to manage relations with neighboring kingdoms. “It requires a perfectly virtuous prince to be able, with a great country, to serve a small one,” Mencius answers. “And it requires a wise prince to be able, with a small country, to serve a large one.” Giving historical examples of the virtuous and the wise, he then tries to convince the King that a great power which properly serves small powers is able to “make the whole world secure”, while the ruler of a small power who properly serves the great can ensure the security of his own kingdom.

Today, North Korean government pronouncements frequently criticize the South for continuing to practice Sadaejui (事大主义), which they translate into English as “flunkeyism.” Of course, what North Korean propaganda means is South Korea’s alliance with the United States. Gone are the classical notions of “serving the great” as a reciprocal bond in which the great must also serve the small. In the week six of our course, let’s return to the concept of “serving the great” to think about not just South Korea’s alliance with the US, but also both Koreas complicated ties to China.