Learn how to contain disease and fight future pandemics

Plagues may seem like an occurrence of the past, but outbreaks of infectious disease exist all over the world today. This online course will look at the current and emerging threat of global health pandemics and our response to them.

You’ll explore the science of infection and the spread of infectious diseases, identifying how microorganisms spread and manifest in the body. You’ll discover the challenges that re-emerging epidemics and bacterial resistance pose to disease prevention in diverse communities. And you’ll determine how to contain disease effectively and prevent future pandemics.

This course is part of our Study with Australia collection, with free upgrades and digital certificates supported by the Australian Trade and Investment Commission until 30 June, 2020. Explore more courses from leading Australian education providers.

0:11Skip to 0 minutes and 11 secondsHumans, infection, disease. The interaction between humans and infectious disease is prominent in the history of our species. In the Middle Ages, the bubonic plague killed 1/3 of the world's population, wiping out villages and towns. In 1918, influenza infected 1/3 of the world's population, killing nearly 50 million people. In the 20th century, polio paralysed hundreds of thousands of children every year. Humans contribute to the spread of and exposure to infectious diseases across the world through travel, deforestation, agricultural practises, population growth and movement, and disputes. This has brought us global threats such as SARS, H1N1, malaria, MERS, and Ebola. Until recently, antibiotics were the magic bullet for bacterial infections.

1:15Skip to 1 minute and 15 secondsHowever, anti-microbial resistance threatens our ability to treat an ever increasing range of infectious diseases.

1:28Skip to 1 minute and 28 secondsThe drugs just aren't working. Humans don't exist in isolation from our environment, and there really is only one health. Human health is interconnected to the health of animals and the environment. In this course, we look at the current and emerging threats of infectious diseases and our response to them. Griffith University is a leader in infection prevention and control education. Our expert educators are affiliated with international bodies, such as the World Health Organisation. So join us, and together we will explore how you can be better prepared for plagues, pestilence, and pandemics, and make a difference to global health. 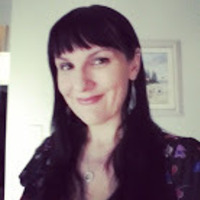 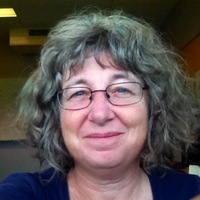 A/Professor (Dr) Thea van de Mortel is a RN and scientist who teaches microbiology and infection prevention and control in the Griffith University Graduate Infection Prevention and Control program.

Griffith University was created to be a different kind of university—challenging conventions, responding to trends and pioneering solutions through innovative teaching and research.

Griffith University are offering everyone who joins this course a free digital upgrade, so that you can experience the full benefits of studying online for free. This means that you get:

You can use the hashtag #FLpandemicready to talk about this course on social media.