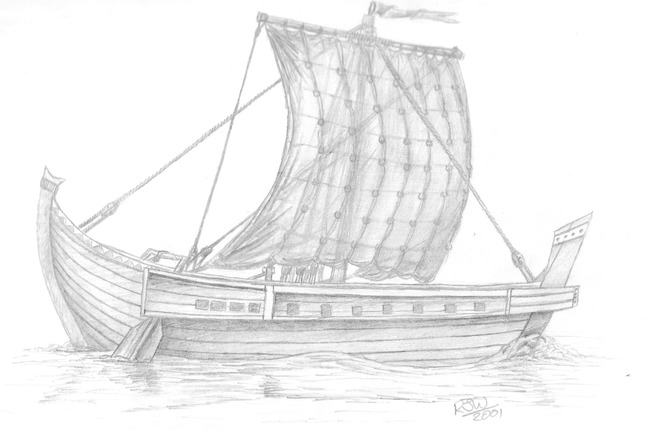 Ships, shipbuilding and sailing in the ancient Mediterranean

The Mediterranean in the classical period can be characterised by the ever increasing ability of people to use the seas and rivers as a means to communicate, travel, trade and conduct warfare. This high level of connectivity between all of the coasts and islands in the Mediterranean was underpinned by the ships and boats used at the time.

During the 1st millennium BC, vessels became more specialised, evolving from the multipurpose vessels of the late Bronze Age, to craft dedicated to a specific purpose. Such vessels would have ranged from giant long-distance merchant ships, through vessels engaged in coastal trade, to small fishing boats capable of travelling only a few miles. In addition, at different times there were a range of warships in use, all propelled by oar, some capable of laying siege to coastal cities with deck-mounted catapults while others were designed for combat with the navies of other cultures.

Closer to the shore, the ports and harbours of the ancient Mediterranean developed many different types of vessel dedicated for the service of the port itself. Barges and lighters would have been used for moving cargos from the ships to the quays, or onwards up adjacent rivers. Meanwhile, tugboats powered by teams of rowers provided a service pulling vessels in and out of harbour basins and dredging vessels were employed to keep harbours free from silt, allowing the largest vessels to use the port.

We know from the large number of shipwreck sites in the Mediterranean that ships in the classical world were built in two main ways, termed building traditions. In both traditions the builders erected the outer planking of the vessel first; each plank joined to the one above before a framework to provide additional reinforcement was then added to the inside of the vessel. The key difference between traditions lay in how the planks that formed the outer shell of the vessel were attached. In one tradition the plank edges were sewn together with cordage passed through holes drilled very precisely near the edge of the plank. In the other tradition the planks were joined together with hundreds of mortise-and-tenon joints, locked in place with small pegs. Both of these traditions were used alongside one another during the first millennium BC, but by the Roman period the shipwreck evidence indicates that the mortise-and-tenon method had become more popular. Although it was time-consuming to build ships and boats in this way, it resulted in very strong, durable vessel and this construction method was used in the Mediterranean for many centuries. 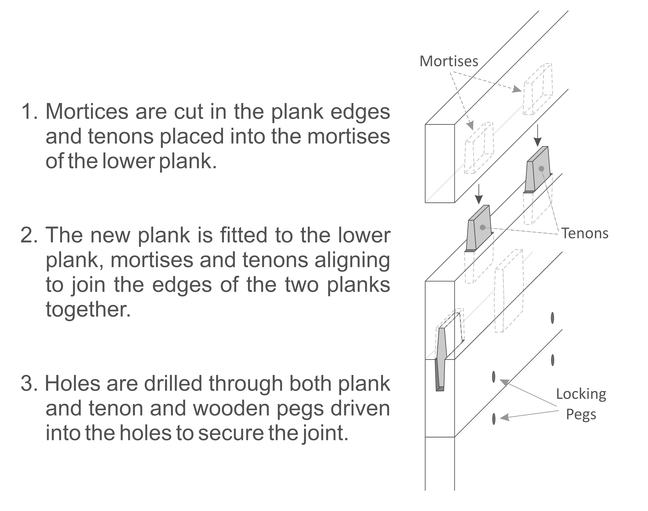 Mediterranean ships built in the mortise-and-tenon tradition could reach huge sizes. The largest excavated comes from the site of Madrague de Giens in the south of France, was over 40m in length and could have carried a cargo of around 400 tons. On its last voyage it had 7-10,000 wine amphora on board, destined for southern Gaul. The average ship was far smaller, perhaps around 15-20 metres and capable of carrying 75 tons of cargo. Finally, fishing boats have been excavated that were only a few metres in length, but which had a watertank in the centre of the boat to keep the fish alive after they were caught.

Although the method of construction was similar across the Mediterranean, the shapes of the hulls were not. Some vessels were quite flat-bottomed so that they could work in shallow water and up and down rivers and estuaries. Meanwhile, other vessels had very deep keels, shaped like a wine glass that allowed them to sail more effectively. In the Roman period many vessels carried a bird’s head, possibly a goose, on the stern of the vessel and some ships had an underwater projection at the bow, like the bow of a modern tanker, to cut through the water more efficiently.

All of the ships of the ancient Mediterranean were powered by rowing or by sailing. Remains of the sails are very rare in the archaeological record, most of the known finds come from the Roman Ports on the Egyptian Red Sea coast. But it is known from iconographic images that the majority of vessels were rigged with a square sail, usually a single large sail, or sometimes two square sails on two masts. Some smaller vessels, such as the tugboats and harbour boats used a different type of sail called a sprit-sail, that was better for working in confined spaces, like the harbour basins.

The rigging used on the Mediterranean square-sail is unique to this period in history. It consisted of many small rings, made from wood, lead or horn, that were sewn onto the face of the sail. These rings, called brail rings, guided a series of lines that could be hauled on from the deck in order to change the shape of the sail, reduce the size of it in stronger wind and to furl the sail when needed. Unlike on vessels in later periods, no crew needed to climb the rigging to trim or take in the sails. This archaeological example, dating to the 1st/2nd century AD is one of the few preserved pieces of sailcloth from the Roman period and was found at the port site of Myos Hormos on the Red Sea coast. It is shown with a number of wooden brail rings that were excavated from rubbish dumps at the site. 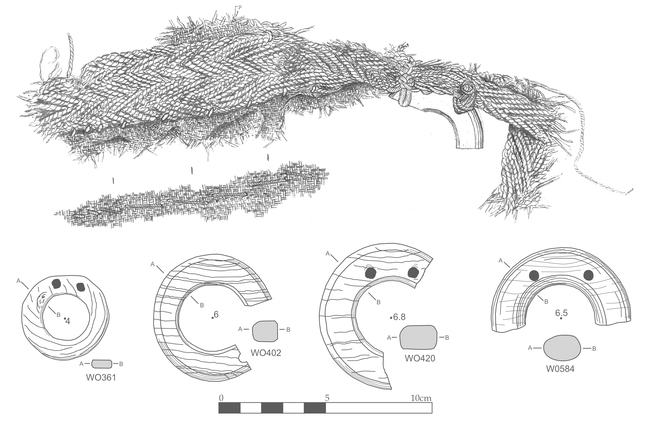 Sailing ships rigged with the Mediterranean square-sail did not need many crew. The square-sail that was used by the majority of vessels was efficient to use and archaeological remains, along with experimental archaeology, tell us that a crew of four or five people could operate a ship with a single-mast of about 150 tons. Sailing vessels were therefore the most favoured for carrying cargo because they were much cheaper to operate. Warships were usually powered by oars which meant that they were not reliant on the wind. But their large crews were expensive to maintain and their need for food and water meant that the range of warships was limited.

The Mediterranean square-sail allowed vessels to sail at a steady speed day and night. In good weather, with a favourable wind from the side or behind, a vessel could reach average speeds of between four and six knots. If the wind was blowing in the wrong direction progress was very slow and only the most well-maintained vessels with the best crews were able to sail against the wind at an angle of no more than sixty or seventy degrees. Literary sources suggest that most sailors preferred to wait in port for better weather.

Navigation in the ancient world was based on careful observation of the environment; the sun, stars and weather conditions. By doing this, and drawing upon many centuries of learned knowledge, sailors could navigate their way comfortably around the Mediterranean. They could sail on courses that took them out of sight of land and they were able to sail through the night, finding their way by the stars. The most common piece of equipment was a lead sounding weight. This allowed the depth of the water to be established, but it also recovered a sample of the seabed and an experienced navigator could use this extra information to help maintain a course or sense when land was approaching, but still out of sight.

The strong hull construction and effective, flexible sailing rigs meant that Roman ships could sail the whole length of the Mediterranean if required. There are literary records of voyages from Alexandria to Marseilles and in the Indian Ocean, Roman ships could sail directly from Africa to India across the open sea. Because of this, the Mediterranean Sea acted as major means of travel and communication, as well as for connecting trade routes, to the land around the sea. Ships could sail straight from one place to another, or they might go from port to port along the coast, picking up new cargo and unloading old cargoes as they went.

It is estimated that in the Roman period, the Mediterranean was better connected than at any point until the 19th century. The ships, boats, method of construction and the sailing rigs used were partly responsible for making this possible, but the biggest contribution came from the maritime skills and seamanship of Mediterranean sailors and navigators, utilising the traditions and techniques that were probably developed during the Bronze Age before being refined in the Classical period.