Find out about the Battle of Waterloo and explore the Duke of Wellington’s archive with this free online course.

The Battle of Waterloo was a key event of nineteenth-century European history, but why was it fought, who was involved and what were the consequences? We will use original documents from the University of Southampton’s Wellington Archive to contextualise the battle and the role of Wellington in commanding the allied forces against Napoleon. Sources from the battle itself — from official despatches to soldiers’ journals — will help you consider how different interpretations arise. You also will learn about the immediate consequences of the battle and its longer-term place in British culture.

0:09Skip to 0 minutes and 9 secondsCHRIS WOOLGAR: Hello. I am Chris Woolgar, and this is my colleague, Karen Robson.

0:14Skip to 0 minutes and 14 secondsCHRIS WOOLGAR: And we're here at the University of Southampton, the home of the first Duke of Wellington's archive.

0:19Skip to 0 minutes and 19 secondsKAREN ROBSON: This free online course on Wellington & Waterloo will enable you to discover one of the great events of the 19th century. The material from the Wellington archive will form the basis of your exploration of this.

0:33Skip to 0 minutes and 33 secondsCHRIS WOOLGAR: Celebrity is nothing new. As we mark the bicentenary of the Battle of Waterloo, we have around us, still, references in popular culture to the Duke and the battle, from street names, railway stations, through to footwear.

0:48Skip to 0 minutes and 48 secondsKAREN ROBSON: Arthur Wellesley, first Duke of Wellington, was Britain's most successful general. And he had spent his professional career fighting the French Napoleonic forces. Obviously, he succeeds. And in the aftermath of Waterloo, he plays an important role in the settlement of Europe. So I wanted to ask you what you feel makes the Battle of Waterloo so important?

1:11Skip to 1 minute and 11 secondsCHRIS WOOLGAR: Well, the important thing, as I see it, is that it brings to a definitive conclusion more than 20 years of warfare, warfare which has gone on around the globe. It offers an opportunity to reshape the international system, so that people put first an international interest, rather than national concerns.

1:34Skip to 1 minute and 34 secondsSo we look forward to you joining us to discover more about Wellington and the Battle of Waterloo.

This course is aimed at both A-level students and anyone with an interest in politics or European and military history. 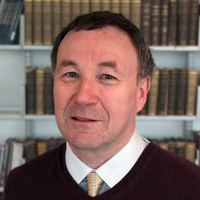 Chris Woolgar is Professor of History and Archival Studies at the University of Southampton. He has spent more than 30 years working with the papers of the first Duke of Wellington. 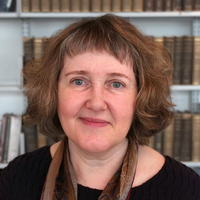 Karen Robson is the Head of Archives at the Hartley Library, University of Southampton. The archive of the Duke of Wellington has been a major focus of her work.

Southampton is a place for ambitious people keen to stretch their intellectual abilities and help change the world.