World War 1: Lessons and Legacy of the Great War

Learn how the Allies defeat the Germans in World War 1, how the memory arose that the war was futile, and why this view is untrue.

World War 1: Lessons and Legacy of the Great War

What is your understanding of World War I? Brave men led to their deaths by stupid officers? A war of trenches, mud and barbed wire in which there was no victor?

In this short, free online course, we offer you the opportunity to uncover both the mechanics and the memory of the Great War. Focusing on the Western Front, the most important and bloody theatre of the war, we will examine how the Allied armies experienced a ‘learning curve’. We will see how they integrated new training, techniques and technologies, to end the stalemate of trench warfare, defeat the German invader and liberate Belgium and northern France from four hard years of military occupation.

The course compares and contrasts the reality of the First World War - a costly and wasteful conflict, but one that ended in a decisive victory over German aggression - with our memory of it today, a war that was both senseless and ineffective. Throughout, we will focus on the experiences of soldiers in the British, French, German and American armies, as these formed the majority of soldiers on the Western Front. This includes soldiers from the British and French empires, including Australian, Canadian, Indian, New Zealand, Algerian, Moroccan and West African soldiers.

You will learn with John Connor, one of Australia’s leading military historians, and a team of international historians. They will draw on the latest historical research to offer new insights and engage with old myths, helping you understand a conflict that, despite occurring a century ago, still resonates with people today.

The course is presented in three parts:

Part 1: An overview of the Great War. We concentrate on the conflict on the Western Front, and explore the development of an unprecedented type of combat, trench warfare.

Part 2: The ‘learning curve’. In this section we compare how the British, French and German armies attempted to end the stalemate of trench warfare by developing new technology, training and tactics.

Part 3: Remembering the First World War. We explore how the social and political landscape has shaped and changed the memory of the War over the last century, and how art, poetry and novels have contributed to that understanding.

Image credit: with permission from National Library of Scotland.

0:12Skip to 0 minutes and 12 secondsJOHN CONNOR: The Germans tried five separate strategies to win the first War and each of them failed.

0:17Skip to 0 minutes and 17 secondsELIZABETH GREENHALGH: THE Germans had better artillery. They were simply better trained. They threw the French back into France.

0:28Skip to 0 minutes and 28 secondsCOLIN GARNETT: Trench raids were the kind of underbelly, where they experimented with new weapons, new tactics, throughout the War in order to overcome the German defences.

0:42Skip to 0 minutes and 42 secondsKEITH JEFFREY: And in a way, that commitment and those losses and that sacrifice feeds into a commitment to the union-- the mystical union, the political union-- between Britain and Ireland and Ulster.

0:57Skip to 0 minutes and 57 secondsJENNY MACLEOD: France's memory of Gallipoli is interesting, in that it's almost nonexistent.

1:04Skip to 1 minute and 4 secondsCHRISTINA SPITTEL: It is written by someone to whom the idea that the First World War should be the War to end all Wars is profoundly ironic. He knows that is not true. So he's writing from this long hindsight. But he's also writing as a fellow soldier.

1:22Skip to 1 minute and 22 secondsJOHN CONNOR: My name is Dr. John Connor and I'm a Senior Lecturer in History at the University of New South Wales, Canberra campus. In this introduction to the First World War, we'll discover how the War was fought and how the War has been remembered. The First World War was a conflict fought across the globe on an unprecedented scale. 65 million men served as soldiers or sailors and fought everywhere from the wheat fields of Russia and the deserts of Palestine, to the savanna of East Africa and the jungles of New Guinea. Almost 7 million civilians and almost 10 million combatants died in the course of the War. We'll concentrate on the Western Front in Belgium and France.

1:59Skip to 1 minute and 59 secondsThis is the most important and bloody theatre of War. Here, Germany had invaded Belgium and northern France in the summer of 1914, with the aim of inflicting a quick victory in the West over France, before shifting its army to fight the Russians in the East. The German strategy failed. Mobile warfare in the west ended, and was replaced by static warfare, in which German, French, and British armies dug trenches as protection.

2:27Skip to 2 minutes and 27 secondsThe popular memory of the War remains the mud of the trenches and the bloody waste of life from the bloody battles of Verdun, the Somme, and Passchendaele. For many, the dominant memory of the Great War is of a futile pointless conflict. A memory conveyed by war poets like Wilfred Owen, Siegfried Sassoon, and Sebastian Faulks' novel, Birdsong.

2:48Skip to 2 minutes and 48 secondsDuring this course, we'll explore another view of the War that better fits the historical evidence-- that the War was bloody and costly but that it was not futile and pointless.

2:58Skip to 2 minutes and 58 secondsThe Allied armies learned how to end the stalemate of trench warfare, a process we now call the learning curve. Armies developed new forms of training, new technology, and new tactics to end the stalemate. They enabled soldiers to advance, protected by their own fire power and the War ended in November 1918, with the Allies victorious over German aggression. Please join me for this course as we examine the reality of war on the Western Front, and how myth has often shaped the memory of the War.

No particular background is required; everyone with an interest in the First World War is welcome to participate in the course. 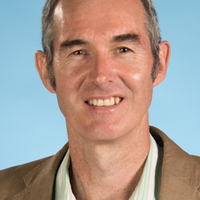 John Connor is History Discipline Head at the University of New South Wales Canberra campus. He is one of Australia’s leading military historians and has published widely on the First World War.

Working at the intersection of a leading university and a military academy, UNSW Canberra at the Australian Defence Force Academy has been educating defence leaders for half a century.

You can use the hashtag #FLww1legacy to talk about this course on social media.