This content is taken from the Trinity College Dublin's online course, The Book of Kells: Exploring an Irish Medieval Masterpiece. Join the course to learn more.
View course
3.7

The pages of the Book of Kells are filled with the tangled, contorted bodies of literally thousands of men, lions, birds and snakes. Used to form the initial letters of words at the start of significant sections of texts, or to fill decorative frames, or the backgrounds of the most ornate pages, these intricate and imaginative drawings have captured the imaginations of viewers of the manuscript perhaps more than any other aspect of it.

But what do they mean?

Although described by some scholars as ‘drolleries’ or marginalia, these small drawings are used as a form of punctuation, drawing attention to particular passages in the text. In some cases they may have had a more direct link with the text. For example, on fol. 253v, the phrase that concludes the parable of Jesus Christ and the Steward (Luke 16:13).

No slave can serve two masters; for a slave will either hate the one and love the other, or be devoted to the one and despise the other. You cannot serve God and wealth.

This is connected to the next verse.

You cannot serve both God and money

This condemns the Pharisees as followers of wealth by incorporating two men pulling each other’s beards – a depiction both of conflict and the man (below) with two masters. 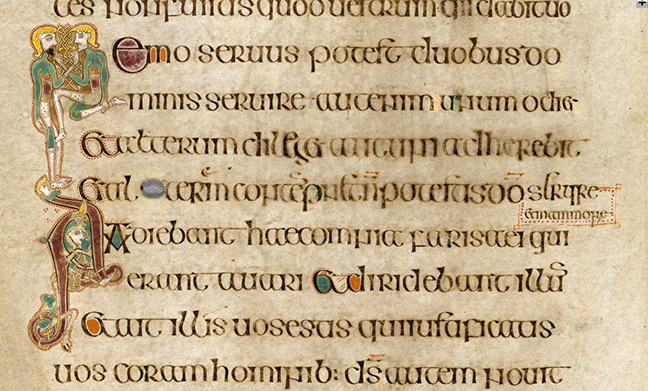 Fig 1. Detail from Folio 253v © The Board of Trinity College, University of Dublin.

On fol. 283r (Luke 23:34–39), a passage which describes Jesus Christ’s crucifixion, the line in which one of the thieves crucified beside him urges him to prove that he is Christ by saving himself.

[[34 Then Jesus said, “Father, forgive them; for they do not know what they are doing.”]][a] And they cast lots to divide his clothing. 35 And the people stood by, watching; but the leaders scoffed at him, saying, “He saved others; let him save himself if he is the Messiah[b] of God, his chosen one!” 36 The soldiers also mocked him, coming up and offering him sour wine, 37 and saying, “If you are the King of the Jews, save yourself!” 38 There was also an inscription over him,[c] “This is the King of the Jews.” 39 One of the criminals who were hanged there kept deriding [d] him and saying, “Are you not the Messiah? [e] Save yourself and us!”

In the Book, this starts with an initial ‘U’ formed by two lions with a chalice between them, perhaps an allusion to the two thieves, flanking the chalice containing Christ’s sacrificial blood.

Fig 2. Detail from Folio 283r © The Board of Trinity College, University of Dublin.

Initially it is difficult to see any Christian meaning in the dense meshes of interlace used in the frames and backgrounds of some of the more ornate pages. Although each is different in its colour and exact form, there are some consistencies – all of the human figures are male, and the creatures are typically based on lions, peacocks and snakes. The Physiologus, a (probably) fourth-century AD Greek text containing animal lore, and the seventh-century Etymologies by Isiodore of Seville, may both have helped to unlock the symbolism of the animals depicted in the Book of Kells.

The lion had many symbolic meanings. The Physiologus describes it as a symbol of Jesus Christ ‘our saviour, the spiritual lion of the tribe of Judah’ and both the Physiologus and Etymologies recount how lion cubs were born dead, and after three days, the male lion breathed life onto them – thus creating an equation with Christ, who died and was resurrected after three days. Similarly there was a belief that when a peacock died, its flesh remained intact or ‘incorrupt’, an analogy with Christ, as indeed were the ‘all seeing eyes’ of its tails when opened. The snake sheds its skin once a year, so again was seen as an analogy with rebirth and the resurrection of Christ.

Looking more at artistic traditions across the world, knots and intertwined strands were often hung or carved at doorways. The idea was that they confused the evil spirits and so acted as protection.

Could this be the reason that such intricate designs were included in the Book of Kells?

It probably depended on the how each individual viewer understood the motif. For example, commenting on what sounds like a very similar design in c. 745AD St Boniface, writing to Cuthbert, archbishop of Canterbury, criticised the

‘ornaments shaped like worms, teeming on the borders of ecclesiastical vestments; they announce the Antichrist and are introduced by his guile and through his ministers in the monasteries to induce lechery, deprivation, shameful deeds, and disgust for study and prayer’.