This content is taken from the The University of Sheffield's online course, Crime, Justice and Society. Join the course to learn more.
View course
6.9 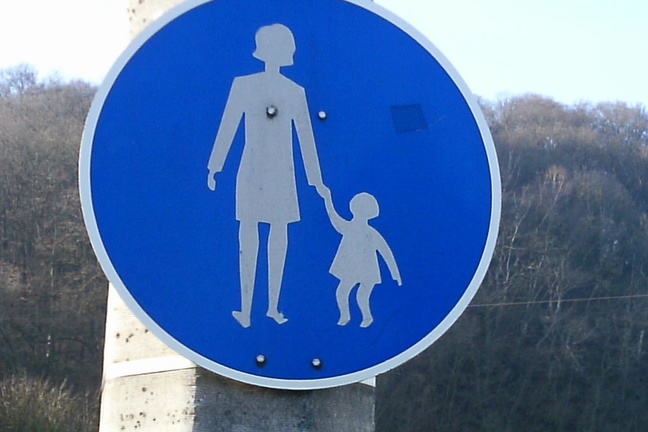 Offender supervision in Europe has developed rapidly in scale, distribution and intensity in recent years. But whilst statistics may highlight the scale and scope of supervision, they are unable to provide any insight into the experiences of the people being supervised. The emergence of ‘mass supervision’ has largely escaped the attention of legal scholars and social scientists, and the views and narratives of those subject to supervision remain unheard.

“Supervisible” is a study which aims to bridge the gap in academic knowledge of how supervision is experienced and understood by those subject to it. It uses the technique of ‘photovoice’, inviting participants to take a series of photographs, select specific ones and discuss the reasons, emotions and experiences that have guided their chosen images.

This type of visual approach can be a powerful research tool with offenders who have often had negative experiences of education and literacy, and can find traditional empirical research (i.e interviews) alarmingly similar to their experience of criminal investigation. Creative interventions can increase self-esteem and self-confidence and enable offenders to develop new skills with which to communicate to themselves and share their emotions / experiences with others.

In this step, you’ll have the opportunity to see some of the images from this study, alongside transcriptions taken from discussion with the participant, either in one-to-one sessions or group work. 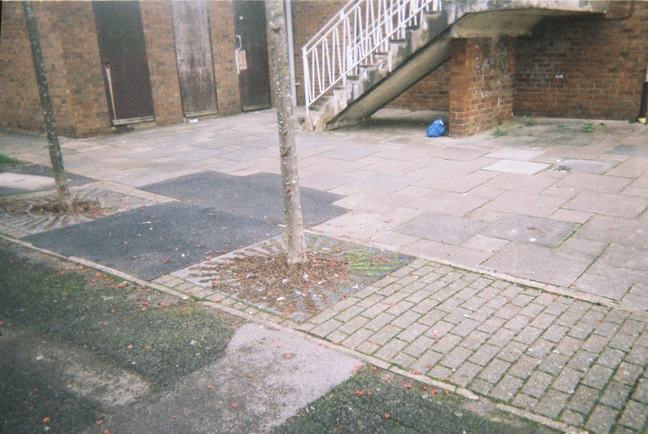 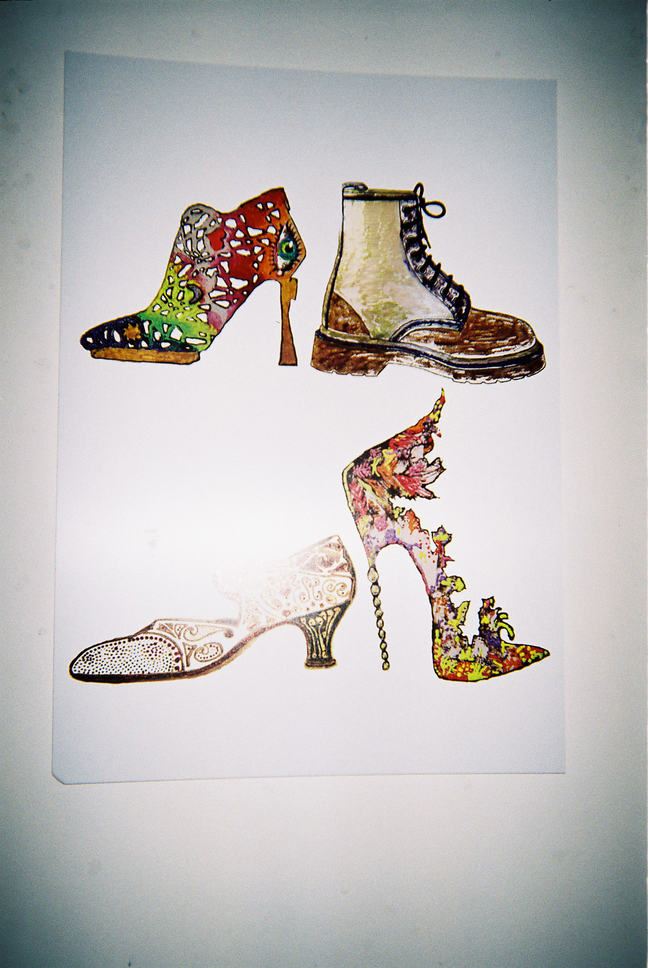 Anonymous: “You shouldn’t, you don’t know a man until you’ve walked a mile in his shoes. The thing is, I didn’t have a criminal record before now, and before I was very much of these, you know, because I was around a lot of drug addicts, I was around people who, they did it to themselves, they knew what they were doing, they play their lives the way they want and they don’t whatever else. You know, I was very judgmental about it and these people that keep going in and out of prison.

And then, just as easily, I was caught up in the same situation and ended up, you know, thankfully here as opposed to in a prison cell. But, I had always judged them and I don’t think of myself as a particularly judgemental person, but at that time, I, you know, I totally, it was their choice, they made their decision, they made their bed, they lie in it. And now, it’s like a) I was very lucky to be here as opposed to in a prison cell and b) actually it’s a lot easier than, you know, I’m from a posh, well-respected family that shouldn’t have ever been in this room but it was just as easy for me to fall into that.”

Light at the end of the tunnel 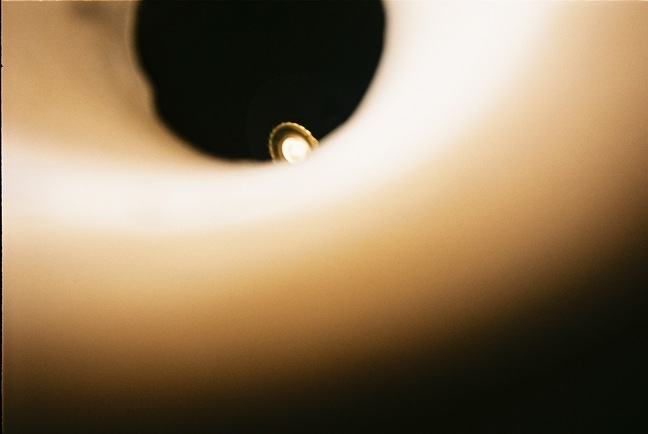 Light at the end of the tunnel by S

S: “That one came out a lot different to the way I’d thought. That was supposed to be the light at the end of the tunnel. But I quite like the way that it sort of just peeks out, rather than being there and whatever else. It’s sort of quite muddling through, it seems quite far away there, which is actually how it felt.” 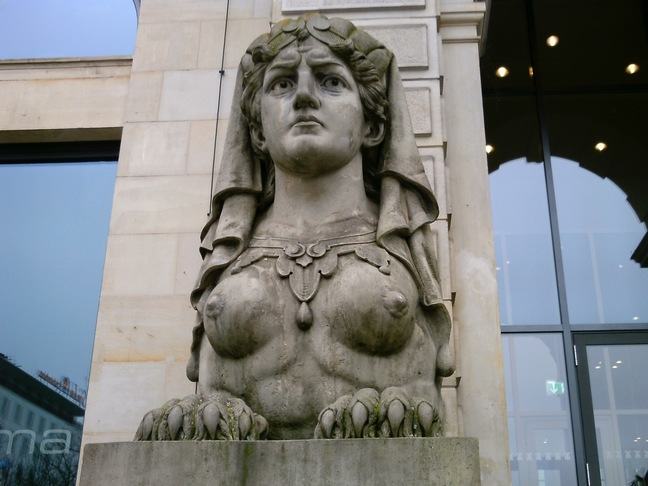 K: “Well, this is, if you are under probation and things like that, then you often feel laid bare. Sometimes like being caught or whatever.”

E: “Strong claws you must have to pull through.”

K: “Yes, this is to be steadfast, innit? To… that there is no way around that one has to remain steadfast. Must.” 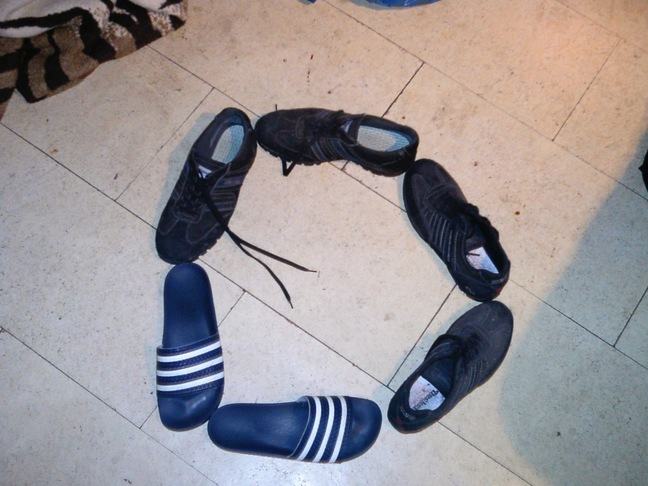 “I have these shoes they’re just a symbol, as a circle, meaning one currently goes round in circles. Well, because I feel like… not because of the [halfway] house or whatever, but in society and… currently walking around in circles.” 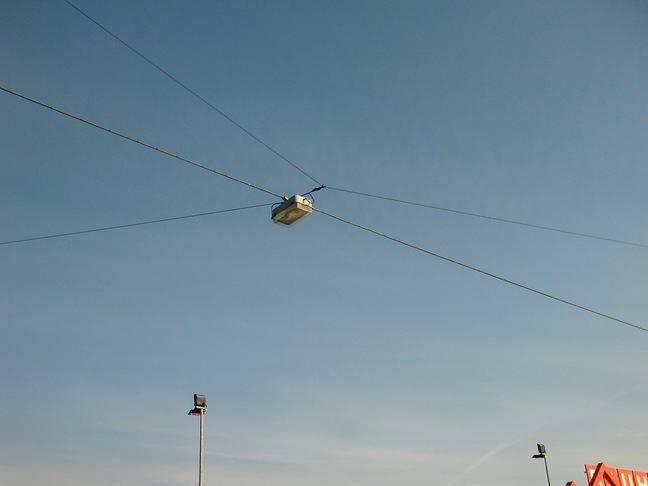 “This was a –I always have these aspirations. I would like to have such a spaceship – that will take me into outer space to a planet where I could start again.” 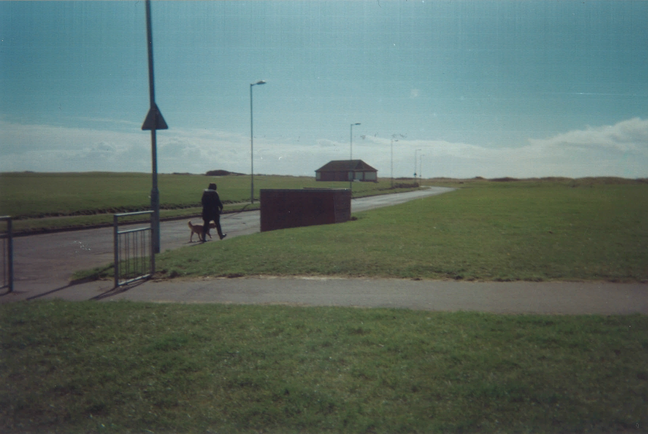 The Long Walk by Messiah 10

“My first picture is just a picture of the beach, going up to the beach right there. A woman walking her dog. For me, it kind of relates prison and probation and stuff. Whereas it’s the kind of relationship is one’s the boss. One’s the obedient one: the dog. [Murmurs of agreement from the group]. It depends how you’re treated. The dog looked happy on a walk, obviously treated well, that’s the first one.” 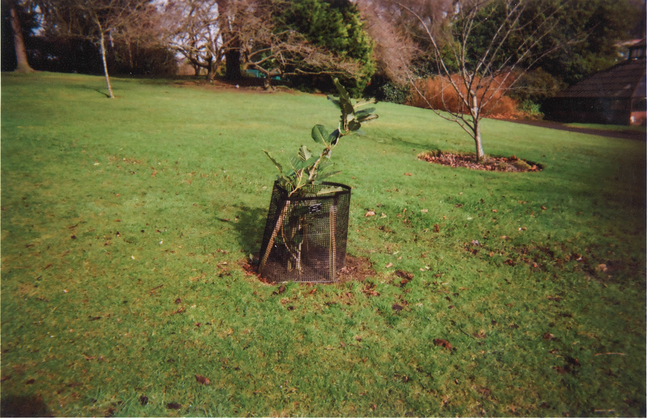 Elvis: “The wee tree in the cage is sort of being restricted to where it can go without a cage, a kind of obstacle round it. So it’s still got the walls but it’s not got its freedom.”

Elvis: “It’s confined within its areas… because it is it’s restricted and that. If you look at that (other tree) behind it, there’s nothing around that. That’s a free tree, do you know what I mean, that’s going where it’s meant to go.” 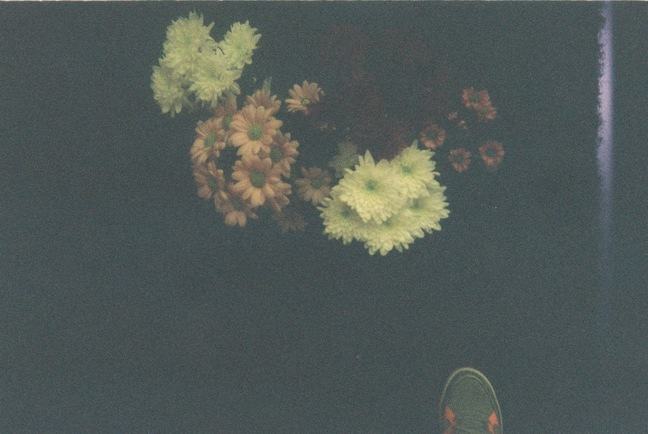 S: “This one particularly is like, to me, is like someone has gone in the attic and found a really old dirty painting and they are just sort of, just coming through, you can just see the beauty of the picture underneath, does that make sense, that’s what that looks like to me.” 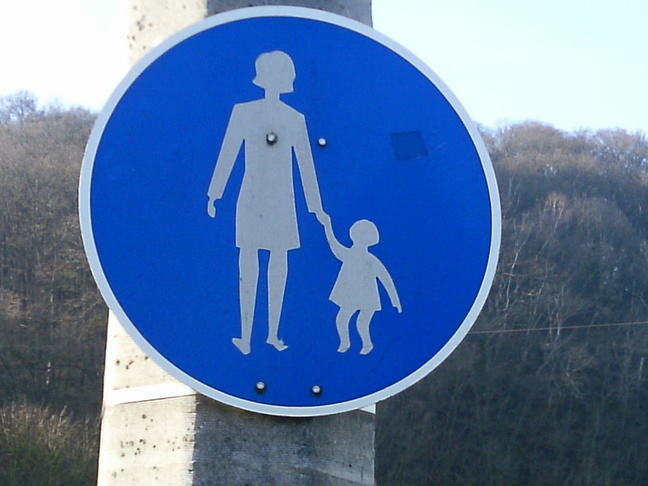 “Well, this photo I have taken because when you’re out of prison you are still directed and, ah, you are not allowed to decide on your own and so on. As if you were not allowed to have your own opinion, not your own thoughts, but just… I would say, this lady – it is Justice.”

We would like to thank researchers involved in the Supervisible Project: Wendy Fitzgibbon, Christine Graebsch, Fergus McNeill and Carolyne Kardia for their help in writing this article.