Develop your ability to understand and speak English.

A huge range of people need to be able to speak English in today’s globalised world. This means that you’ll need to understand, and be understandable to, other non-native speakers. But diversity in spoken English should also be appreciated.

In this course you’ll find out which pronunciation features are important for mutual understanding. In exercises and video’s, you will practise English sounds and stresses, and learn about other learners’ accents.

By the end of the course you will have improved your English pronunciation so you will feel confident in speaking English in different contexts.

0:17Skip to 0 minutes and 17 secondsHello, everyone. [INTERPOSING VOICES] Hello, I'm Laura Rupp. Welcome to the course English Pronunciation in a Global World here at Vrije Universiteit Amsterdam in the Netherlands. English has become the major language for international communication. It is estimated that the ratio between native and non-native speakers is currently 1 to 4, and that no less than 80% of communication happens between non-native speakers. This situation has led to much diversity in English. In fact, some would even go as far to suggest that it's no longer appropriate to speak of English in the singular but rather of English in the plural, so Englishes. Hi my name's Jasmin Palmer, I'm from Yorkshire in England. My name is Benjamin Ado Baafi.

1:05Skip to 1 minute and 5 secondsI was born in the Netherlands but raised in Ghana. I'm Yingying, I'm from China. Hi, my name's Alex Ventimilla. I was born in Mexico. But I grew up in Nevada in the United States. Hi, I'm Marieke de Rooij, and I come from the Netherlands. Hello my name is Brenda Marini, I'm from Pisa in Italy. Hi, I'm Amrita. I'm originally from India. My name is Vinod Subramaniam. I'm originally from India, but have spent about 11 years in the U.S., many years in Germany, a couple of years in England, and the last 14 years in the Netherlands. And these are only A FEW examples.

1:42Skip to 1 minute and 42 secondsA world where English is used as a lingua franca calls for a set of new and complex pronunciation skills. We have to decide what accent we want or may need to speak with, suited for different occasions. It is important to understand each other's accents, but that doesn't mean we should all adopt the standard accent. We should embrace variation. And we need to speak English and at the same time stay true to our native identity and culture. In this course, we will help you develop pronunciation skills that are both useful in international communication and appropriate for you at a professional and personal level.

2:58Skip to 2 minutes and 58 secondsLast but not least, we'll reflect on the nature of different English accents. We'll introduce you to other students in the course so that together, we can celebrate diversity. I'm your host and I look forward to guiding you through the course. We very much hope that you will enjoy it!

This course is for anyone who needs to speak English, in their studies, for work or in their personal lives. 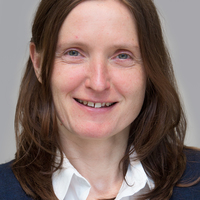 I am a Senior Lecturer in English Linguistics at Vrije Universiteit Amsterdam. My research is in grammatical variation and change. I teach courses in Global English and English pronunciation.

I am a diversity facilitator and mentor working towards inclusion in the Mixed Classroom. My research focuses on cultural mobility and literature.

You can use the hashtag #FLengpron to talk about this course on social media.