This content is taken from the University of York's online course, Exploring Everyday Chemistry. Join the course to learn more.
View course
2.14 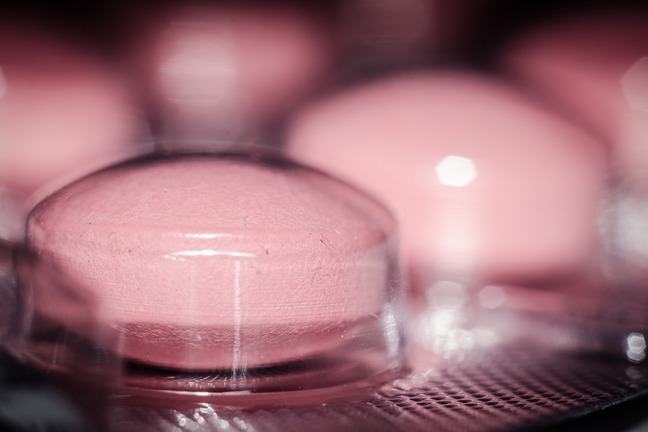 20-30 years ago, the antibiotic erythromycin was used frequently to treat acne, but now skin bacteria are uniformly resistant.

To allow the treatment of bacteria with resistances to, for example, β-lactams, there is a need for a variety of antibiotic medicines with different structures and modes of action.

We have seen that penicillins inhibit bacterial cell wall synthesis and this is the most common mechanism of action of antibiotics. But other antibiotics have been developed that inhibit protein synthesis in bacteria. For example, macrolides (which contain a large lactone ring), like erythromycin, stop the formation of peptide bonds between amino acids, which prevents protein synthesis. As ribosomes (a cell structure that makes proteins) found in our cells have different structures to those found in bacterial cells, selective antibacterial drugs that just act on bacterial ribosomes can be developed. Different classes of antibiotics have been shown to disrupt protein synthesis by slightly different modes of action. For example, tetracyclines (the name reflects the chemical structure, which has four linked rings), also inhibit protein synthesis, but they do this in a slightly different way to erythromycin, by binding to a different site on the bacterial ribosome.

Other antibiotics target nucleic acid synthesis in bacteria. Nucleic acids are the ‘building blocks’ of DNA and RNA. There is a difference in the enzymes that carry out DNA and RNA synthesis in our cells and in bacterial cells, which aids the development of selective antibacterial drugs. The antibacterials can be subdivided into DNA inhibitors and RNA inhibitors. For example, the drug rifampicin inhibits the synthesis of bacterial RNA, while fluoroquinolones selectively bind to a bacterial enzyme that stops the replication of bacterial DNA. (Replication is the process by which DNA makes a copy of itself during cell division.) These actions lead to bacterial cell damage.

Also, some antibiotics, like the polypeptide gramicidin D (which is a mixture of gramicidin A, B and Cs) and the cyclic polypeptide gramicidin S, disrupt the cell membrane of bacteria. They form small pores (acting like a cellular ‘hole-punch’) that allow the transfer of ions, which leads to cell death. Gramicidin’s initial claim to fame was as the first clinically tested antibiotic. But gramicidins also affect the membranes of our cells, albeit at higher concentrations that those of bacterial cells. They are toxic to blood, liver, kidney and brain cells, and so were rapidly superseded by penicillin. On saying that, gramicidins are still an ingredient in some modern-day lozenges for sore throats and in topical medicines to treat, for example, infected wounds.

Finally, there are drugs that function as antimetabolites. They stop the life-sustaining chemical reactions (called metabolic pathways) in bacteria by inhibiting bacterial enzymes. For example, we have seen that sulfonamides (such as sulfamethoxazole) mimic PABA and so stop the production of bacterial tetrahydrofolate. Tetrahydrofolate is used to make compounds called pyrimidines and purines, that are required for making nucleic acids and then RNA and DNA. In contrast, we obtain tetrahydrofolate from folic acid in our food. As we do not make tetrahydrofolate in the same way as bacteria, sulfonamides are selectively toxic for bacteria.

To compare and contrast the different structures of antibiotics, you are encouraged to take a look at the modes of action pdf in the downloads section below. Prepare yourself for some beautifully intricate and varied chemical structures.

Also, to further illustrate the different modes of action of drugs on bacterial cell walls, we now look at two important antibiotics in more detail.

One common alternative to penicillins is a non-β-lactam antibiotic called vancomycin (Vancocin), which was originally approved for use in 1958. After its initial introduction it was superseded by the β-lactams that provided a cheaper and less toxic alternative to treat bacterial infections. Over time, however, interest in vancomycin has resurged and it is now one of the most common non-β-lactam antibiotics in use.

Vancomycin has a very complicated structure, which contains carbohydrate groups, a number of substituted benzenes and various amide (or peptide) bonds. It has a molecular weight far above that of penicillins and most β-lactam antibiotics. As it does not contain a β-lactam ring, we can assume that it kills bacteria in a different way to β-lactam penicillins. Vancomycin binds to branching amino acid chains that make up some of the individual peptidoglycan strands. These amino acids are designed to cross-link with other amino acids, using an enzyme called peptidoglycan synthetase, in order to form strong cell walls made of many layers of interlinked peptidoglycan chains. (As an analogy, imagine closing a zip, where the teeth all link together.) Vancomycin acts by binding to the branching amino acids and preventing the synthetase enzyme from interacting with them. (The zip is now stuck and the teeth cannot link together.) So, the regeneration and construction of peptidoglycan cell walls is unable to take place and over time the protective cell wall surrounding the bacterial cell breaks down.

Resistance to vancomycin is known and relies on altering the structure of the final amino acid at the end of the peptidoglycan chain that undergoes cross-linking. It changes from …–CO–NH–CH(Me)–CO2H to …–CO–O–CH(Me)–CO2H. This very subtle structural change, from an amide to an ester, has a big effect because vancomycin no longer has a complimentary shape to this new chain. Therefore, it cannot bind to the chain and it does not inhibit the action of the peptidoglycan synthetase enzyme which, despite the structural change, is able to accept and crosslink the chain containing the ester (i.e. the zipper still works!). Bacteria that make their cell walls using this modified peptidoglycan precursor (containing an ester) are therefore resistant to vancomycin.

This ‘tail’ allows for daptomycin to integrate itself into the phospholipid bi-layer of the bacterial cell membrane as both the ‘tail’ and the phospholipid fatty acid chains are lipophilic. Once many daptomycin molecules integrate themselves into the cell membrane they begin to stretch and contort it, producing holes from which ions within the cell can leak out. Once ion leakage occurs lost ions cannot be easily replaced by the bacterium; the cell loses its ability to replicate and produce proteins essential for its survival. Daptomycin has catalogued cases of resistance, however, these are rare and the mechanism through which resistance occurs is currently unknown. As such daptomycin looks to be a valuable alternative where vancomycin resistant bacteria have developed. Thus far, clinical trials have shown equal or greater effectiveness than vancomycin in combating bacterial infections.

More importantly, studies suggest that vancomycin has a damaging effect on the kidneys through prolonged use. However, daptomycin has shown none of these toxic side effects and in some circumstances it has helped to alleviate similar kidney damage. Therefore, daptomycin could not only be a more effective form of treatment but also a safer one.

This potent antibiotic is steadily gaining popularity. In 2015 of the 6075 patients catalogued in the Cubicin Outcomes Registry and Experience database (CORE), there was an 85% success rate in treatment of those prescribed daptomycin. The CORE database was set up specifically to catalogue uses of daptomycin in a clinical setting and analyse the results. Overall these appear to be promising with less than 5% of patients reporting adverse effects from the treatment.

With further trials and study, these statistics can only improve as more effective analogues and combinations with other prescriptions are used.

At the start of 2017, a team of chemists and biologists at York reported new antibiotics of potential use for the treatment of gonorrhoea. (The World Health Organization warned that if someone contracts gonorrhoea, it is now much harder to treat, and in some cases impossible, as the infection is developing resistance to antibiotics.) They harnessed the therapeutic effects of carbon monoxide-releasing molecules – these molecules bind to the bacteria that causes gonorrhoea, preventing the bacteria from producing energy and killing it.

To help tackle antibiotic resistance, for coughs, taking honey is recommended as a first line of treatment. The main antimicrobial agent in honey is hydrogen peroxide; different concentrations of H2O2 in different honeys explain their varying antimicrobial effects. The O–O bond in hydrogen peroxide is relatively weak and breaks down to form very reactive species (called hydroxyl radicals, HO•) that react with, and damage, bacteria DNA.