Irish 102: An Introduction to Irish Language and Culture

Find out how to speak, write and understand basic words, phrases and dialogues in Irish.

Covering the last century of the Roman Republic, this course will help you to understand the Republic’s collapse and how the emergence of the Roman Empire came about. You will gain an overview of the development of the Republic, as well as exploring significant aspects of Roman society, religion, and governance.

Major key figures such as The Gracchi, Marius, Sulla, Pompey, and Caesar are covered, showing how each contributed to the eventual fall of the Republic.

This course is aimed at anyone wishing to know more about Roman society, the Roman Republic, or the development of the Roman Empire. No prior experience is necessary. 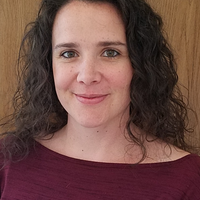 I teach several courses in Ancient Greek and Roman history at Colorado State University. My research interests include religion, women and divination in antiquity.

Colorado State University, a land-grant institution and a Carnegie Doctoral/Research University-Extensive, is one of the United States’ leading research universities.

Foundation of Rome and The Kings

You can use the hashtag #FLRomanRepublic to talk about this course on social media.