0:06Skip to 0 minutes and 6 secondsI remember at one point is that people mention how difficult is the water governance in the Mekong. Can we describe to the decision maker the complexity of water governance? So I give one simple example. And says that the water system in the Mekong is similar to the traffic system in Bangkok or in Hanoi or in Ho Chi Minh City. So it's very complex, because so many users. And each one has their purpose. Now water governance is like you're sitting at the traffic control centre. And you try to turn on the red light, the green light here and there, so that traffic and everybody can-- the traffic can going through. So this is the complexity.

1:05Skip to 1 minute and 5 secondsNow, we can see that each water user has their own purpose. And very often, it have a conflicting objective among groups, upstream and downstream. Upstream, like in Laos, they don't have a much land for agriculture, but they have a good topography for hydropower. In Yunnan in China, also similar, land for agriculture is limited. But many hills and mountains with good place for hydropower. Then they want to develop hydropower. But then it causes influence into downstream, because the water regime will be changed. In principle, it has more fresh water for dry season. And less fresh water for flood season. But that is in principle, because in real operation it depends on the demand.

2:05Skip to 2 minutes and 5 secondsThen it may be changed as the operation to satisfy the purpose of the electricity generation. But downstream for agriculture have to adapt to that new regime. And that causes the conflict in the water use. The other, for example, on the upstream, the dam or reservoir will store or will keep all the sediment with-- Many years ago this mainly fed into the delta and produce the fertility to the fields. Now they filter and store that, so less sediment goes to the delta.

2:57Skip to 2 minutes and 57 secondsSo I think that there are two concepts that come into development. One is the payment for environmental services, meaning that people who get benefits for the activity to contribute to the ecosystem, but the other has to pay for that. But that is a difficult one to organise, even within one country. For example, when we say-- with the reservoir upstream in the country, like in Vietnam, with the river upstream. The city downstream has less floods. So do the city people pay for that flood controlling effect contribution of the reservoir? Most care not much, only whenever the flood there might come, then they complain. But they're not willing to pay for that. So the other concept that comes in is the beneficiary.

4:04Skip to 4 minutes and 4 secondsThat now we think about the benefits for the whole, rather than individual groups. And comes into those idea of what I mentioned before is a regional integration. So that the benefit of all. And maybe in that regional integration, some group maybe have less, a little bit benefit. But the other a group can come with a higher benefit. But for the whole society, we accept that all will have a higher benefit. So that is a new concept. And hope that it will work in the near future.

Water resource management in the Mekong

In this video Dr. Chu Thi Hoanh, Emeritus Scientist at the International Water Management Institute (IWMI) and an SEI Associate, discusses the complexities of water management in the Mekong River Basin. One reason for this complexity is that there are so many different users, as we heard in the previous step.

Conflicts related to the needs of upstream and downstream users, electricity and agriculture objectives, and seasonal water availability are key challenges in the Mekong region and in transboundary river basins worldwide. Watch the video, and also recall the maps we saw when we introduced the Mekong, shown again below. In the comment box below, tell us: how do you think the needs of different users, both upstream and downstream, can be addressed in a fair and equitable way? 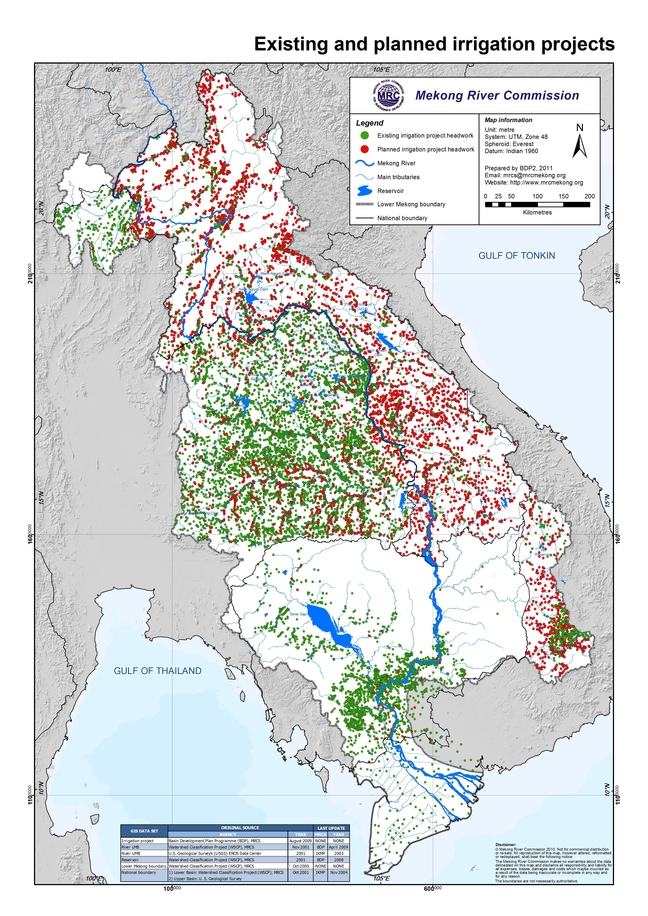 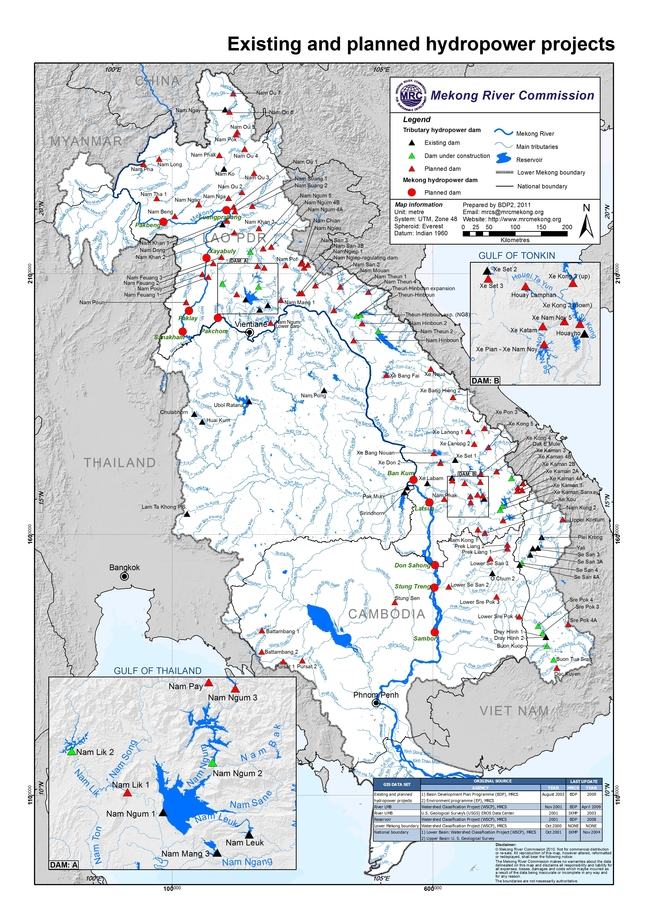