This content is taken from the The University of Glasgow's online course, Functional Programming in Haskell: Supercharge Your Coding. Join the course to learn more.
View course
6.5 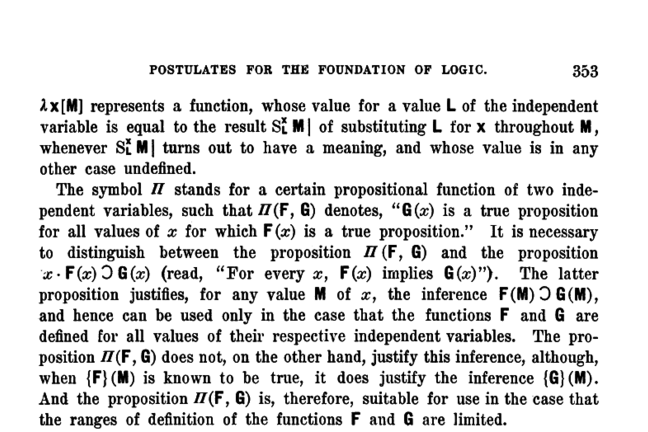 Excerpt from "Postulates for the foundation of Logic" by A. Church, 1932

Introduction to the Lambda calculus

Introduction to the Lambda Calculus

We need to be careful: the first occurrence of \(a\) is free but the second occurrence is bound.

Being free or bound is a property of an occurrence of a variable, not of the variable itself!

Try applying both of these to 50:

There is a common usage of Eta conversion. Suppose we have a definition like this:

This can be rewritten as follows:

In effect, since the last argument on both sides of the equation is the same (\(y\)), it can be “factored out”.