This content is taken from the The Graduate Institute of International and Development Studies's online course, International Affairs: Global Governance. Join the course to learn more.
View course

The future of the nation state

Nation states have been the core political entities of the last century, and at the heart of global governance. They emerged in the 17th century and progressively gained importance as solutions to processes of dissolutions of larger entities, or of lack of integration among loosely coupled smaller entities. It now seems that they have become either too small – lacking the capacity to handle pressing challenges – or too large, no longer best suited as a unit of political identification.

State borders have either lost their functions or their effectiveness. Efforts to promote cooperation and integration have had a profound impact on state borders. They have lost their protective functions, whether economically, physically (in the dual advent of digitalisation and freedom of movement), culturally (including religion) or cognitively (as collective imagined communities). The extent of those changes was impossible to anticipate.

When Western governments launched the process of market integration, first in trade, later in capital, they aimed at improving economic growth, and bolstering aggregate national income, but probably did not anticipate the challenges ahead. Of particular importance has been the impact of economic globalisation on state sovereignty and social stability. For some, economic borders have become so porous that governments have completely lost policy autonomy, leaving them at the mercy of international market vagaries. For others, states have remained in control of the process and can hit the brake in case of emergency. A careful look at empirical developments indicates that integration has produced a situation of asymmetric interdependence. In such a context, as argued in the early 1970s by political scientists Robert Keohane and Joseph Nye, states have different degrees of sensitivity and vulnerability to international transactions and events. That states can be sensitive to profound changes in the depth and intensity of flows of goods, services, capital and labour across national borders should not raise concern. It is in fact one of the main purposes behind globalisation, that is, to push a change in states’ practices so as to achieve higher aggregate welfare. If states had turned out not to be sensitive to changes in the rules of the game, the exercise would have been an utter failure. Yet, there was surely no intention to go as far as to make states vulnerable and socially unstable. 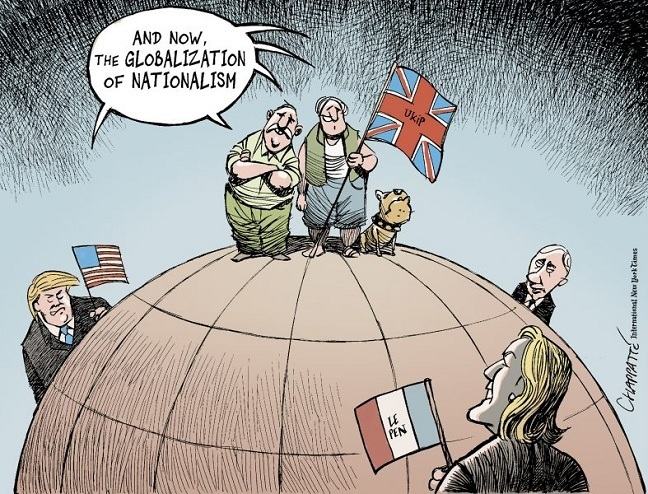 In a classical liberal vein, those who launched the movement toward globalisation considered that well-functioning markets would require the supervisory role of states that would provide sound institutional foundations for individuals and firms. Sound state structures would help mitigate market vagaries. Looking at the empirical evidence of past decades reveals that globalisation from this perspective has somehow gone out of control. States have for too long thought that they could safely cruise the new waters of international economic integration with minimal changes in their form and in their international behaviour. The weakest among them have paid a high price for such neglect in the last three decades. As a consequence, voices asking for a pause, if not a stop, to the process of globalisation have become louder, challenging not only domestic developments but also the work of the most visible international organisations, namely the International Monetary Fund (IMF), the World Bank and the World Trade Organization (WTO), or at the regional level the European Union. Those challenges have taken on a new dimension with the election of Donald Trump in the USA and with the UK citizens’ vote in favour of an exit from the European Union. Yet, it would be far-fetched to claim that globalisation will end, or even slow down significantly, in the near future.

From this perspective, short of doing a full foresight exercise, one can envisage four different trajectories for nation states. The first is the continuation of the current situation, that is, states remaining a holder of rights in international law and despite delegating some of their prerogatives to supranational entities remaining the dominant political entities. Facing economic or security threats they still have the ability to curb or restrict behaviour, although less effectively than before. They would manifest their dominance through the use of highly publicised summits. A second scenario is a situation where increasing social tensions and environmental pressure push states to pay more attention to their status of holding not only rights but also obligations towards their citizens and towards other states. This would amount to more pooling of delegation either at regional (a stronger and more integrated European Union or African Union, for example) or global level. A third situation would be one of collapse and return to either smaller political units (cities), or larger ones (empires). A return to cities would respond to a need for a stronger, yet narrower, feeling of political identity whereas the return to empires would respond to a need for some kind of economic and physical protection (albeit at a loss of autonomy). A fourth scenario would be one of deep transformation of nation states as loose confederations of small entities of different sizes (cities as well as regions) that would co-exist with strong supranational entities with specific functions – economic, military or financial.

The European Union: Crisis and Recovery

This course will develop your understanding of the recent history of the European Union and its prospects for the future.