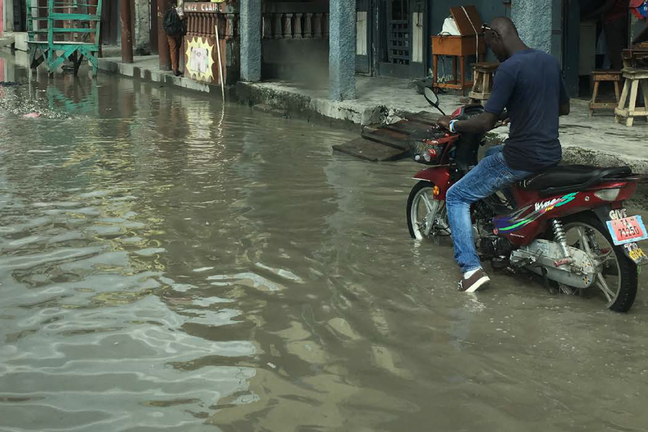 Inequalities and extreme events: the social construction of disasters

Disaster impacts are directly related to the development level of a country or territory. This report, elaborated by Alonso Brenes for the MOST Programme and published by UNESCO as a contribution to the Regional Conference on Social Development in Latin America and the Caribbean 2017, is based on the premise that disasters are not natural processes, but externalities of the same development models; and that, consequently, the way to reduce them depends on a better articulation between sectors and development institutions.

Disaster impacts have increased in the last four decades worldwide, and the region of Latin America and the Caribbean does not escape this trend. The average annual global disaster loss is estimated in between 300 and 520 billion dollars, equivalent to approximately the GDP of Chile, Denmark or Singapore. In the region, the annual losses are around 2 billion dollars, being the second developing region, after Asia, which experiences more disasters.

Each year, an average of 26 million people enter poverty due to a direct impact of disasters. Additionally, in an indirect way, disasters have serious impacts within the development strategies of the countries.

In this Policy Paper, Alonso Brenes explains that, despite being incorrect, the notion of “natural disaster” remains rooted in culture and history. Abundant evidence shows that disasters obey to social rather than natural processes. If the occurrence of an earthquake involves the destruction of infrastructure, the same episode should produce homogeneous damage in every region of the world; however, there are patterns of damage and loss. Facing the same event, some buildings resist better than others do; and the concentration of deaths also follows patterns that describe socioeconomic traits. The most excluded strata receive greater impacts and have a harder time recovering. Although there are potentially destructive phenomena, what actually determines that a disaster occurs is the social and economic situation of the territory.

In a disaster, historical dynamics of exclusion converge and manifest. It also shows the impact of environmental deterioration, and inequalities in income and opportunities. While stating that Latin America and the Caribbean is one of the most unequal regions of the planet, this also applies in terms of the distribution of security regarding potentially destructive events. Therefore, disaster is a materialization of a latent risk condition. It’s a consequence, not a cause.

For decades, disasters were considered external events that affected development. But, if the risk is a social product, that means that the disaster is a derivative of the development models that, at the same time that generates wealth and well-being, also generates counterproductive effects for broad sectors of society.

Disasters prevent thousands of people from overcoming conditions of marginality. In terms of social policy, they reduce effectiveness and sustainability in multiple ways: they destroy central infrastructure for the provision of health and education services, which has to be replaced using funds not budgeted for it and, consequently, affecting investment in other sectors.

Consequently, as Brenes affirms, it is from the correction of development models that disaster risk and its impacts can be reduced effectively and sustainably.

Comparatively, there is little that humans can do to control natural threats. However, a lot has been achieved by reducing the factors that create the social dimension of risk. The evidence in this sense is overwhelming: there is a strong relationship between high levels of disaster risk and weak social policies.

However, our region invests in social policy less than half of what the European Union invests, and about 10 points less than the United States.

Finally, Alonso Brenes makes some recommendations to increase the impact of social policy on disaster risk management. In the first place, the promotion of interaction mechanisms between the actors of social policy and disaster risk management, from an integrative approach. Additionally, we need to focus actions to strengthen social protection systems in regions identified as high risk of disaster. Third, it is essential to strengthen institutions and local management capacity through, for example, the generation of intermediate risk analysis platforms, between central government agencies and subnational governments. Finally, we must protect the existent infrastructure to prevent damages.

Disasters are avoidable. The impact suffered in the region can be reduced if the underlying drivers are reversed.

If you wish, you can deepen the reading of this report in the documents associated with this activity.