Subcultures have existed for a long time: the greasers of 1950s America, the mods and rockers of the 1960s and 70s in England, the grunge of the 1980s and 90s, to name a few. Each subculture sits within a broader ‘parent’ culture and can often give us an insight into cultural fears and hopes, especially in the youth of the population.

On this course you will get an introduction to Japanese subcultures that have developed since the 1970s.

Japanese subculture has been long considered as ephemeral youth culture compared to authentic traditional culture. It contains, however, subversive power which encourages younger generations to re-create the world they live in. We mainly focus on the significance of immaturity and vulnerability of youth which eventually give permission to younger people (in other words, minorities) to stay as they are.

In this course, together with three other specialists, Professor Niijima, Professor Takahashi and Professor Ohwada, we will explore girls comics, boys comics, the Hatsune Miku vocaloid, cosplay, and J-pop idols, focusing on the themes such as Love, Battle, Technology and Fan culture, in which you’ll learn about the different cultural creations that underpin Japanese subcultures. With materials for cultural analysis, you’ll develop a basic knowledge of key Japanese subcultures, learning the recognisable traits of each.

On the course you’ll discover historic background of youth culture in Japan, and understand the enormous impact of World War II.

Learn about Japanese subcultures and the youth of Japan

Finally, this course will give you a new perspective on the young people of Japan, exploring how they can be seen to elaborate the world of “immaturity” and “vulnerability.” You will see the reason these characteristics of Japanese subculture attracts “global” attentions.

0:09Skip to 0 minutes and 9 secondsHello I am Hisayo Ogushi, the lead educator of this course about Japanese Subculture offered by Keio University. Are you familiar with Japanese Subculture? Shojo-manga? Shonen-manga? Japanese pop music, vocaloid and many more? You may have been interested in Japanese subcultures, but wondering where to look first. On the other hand, you may have already dived into some of them, looking for more insightful perspectives. Or, you may have just wondered why Japanese subculture fascinates your friends and families. Well, seek no further! This course will be a perfect gateway to the world of “Cool Japan” In the last two decades, Japanese subculture has gained worldwide acceptance and popularity.

0:56Skip to 0 minutes and 56 secondsIts market is expanding, and there are various sub-categories for which many, may have been difficult to follow. I, along with three other co-educators, will introduce new vision of Japanese subculture looking into several genres along with weekly theme, such as “Love,” “Battle,” “Technology,” and “Fan culture.” Through this process, we will have fun redefining the meaning of “immaturity” and “vulnerability” in the Japanese youth culture from the 1970s. These keywords will, no doubt, shed a new light to these cultural phenomenon in Japan.

1:35Skip to 1 minute and 35 secondsTogether with Isamu Takahashi, an expert of Shonen-manga, Toshiyuki Ohwada, an awarded music critic and scholar, and Susumu Niijima, a science fiction scholar as well as French literature, let’s together discover and explore new ways to travel around the world of Japanese subculture.

This is an introductory course and is open to anyone with an interest in Japan and Japanese culture.

Some of the course videos will be in Japanese with English subtitles. 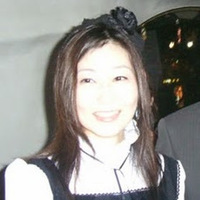 I am Hisayo Ogushi, a Professor of English at Keio University’s Faculty of Letters. I’m the lead educator of the course, “An Introduction to Japanese Subcultures.”

Keio University is Japan’s first modern institution of higher learning, and since 1858 has established itself as a leader in Japan through its continued commitment to education, research and medicine.

You can use the hashtag #FLjpsubculture to talk about this course on social media.