This content is taken from the Keio University's online course, Japanese Culture Through Rare Books. Join the course to learn more.
View course
3.15 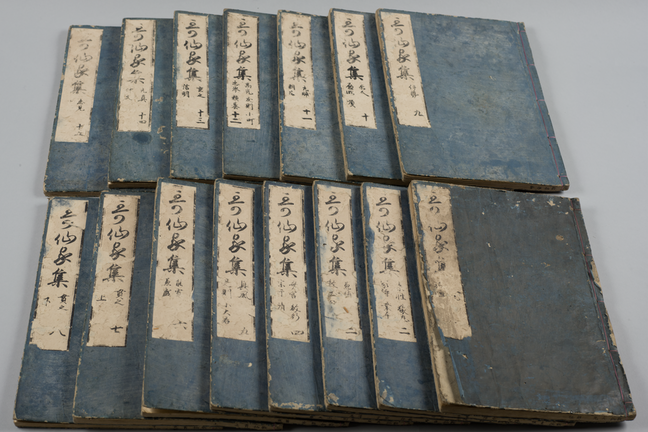 One of the great scholars of the period was Keichū (1640-1701), a Buddhist priest of the Shingon sect. In many ways, his scholarly approach was perfectly suited to the age. Keichū’s magnum opus is the Man’yō daishōki (Fig.1), a commentary to the Nara-period poetry collection Man’yōshū (Collection of Ten Thousand Leaves, mid-8th c.).

[English translation]
“Why did Tōno Tsunenori [late-medieval warlord and poet] create the “Secret Transmission of the Kokinshū” (Kokin denju)?” “Here is the answer: at the time, the Japanese classics had never been published. It is only in recent times that they have been published. Up to that point, they were only available as manuscripts. With the turmoil of the late Muromachi period, a lot of books were lost to fire. Tōno Tsunenori had a rich collection of books, which included works unknown to the public, such as Kokinshū commentaries like Teika’s Kenchū mikkan. He used these works to fabricate a set of theories which were known as the Kokin denju. At the time there were few books and ancient works were especially rare, so Tsunenori’s theories sounded authoritative and were believed to reflect the teachings of Kokinshū compiler Ki no Tsurayuki himself. But today the classics are readily available in printed version and it is very easy to research the past if one wishes to do so. It is obvious to anyone who reads the classics that these so-called “teachings” are nothing but later fabrications. And yet, somehow, few seem to care much about this and the “Kokin denju” is still considered authoritative.