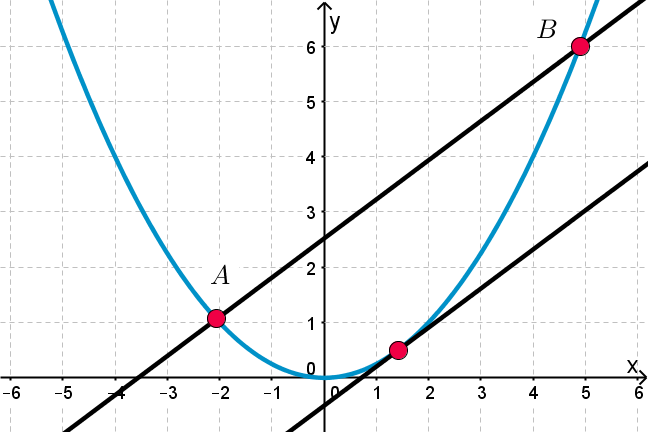 A secant of a parabola is a line, or line segment, that joins two distinct points on the parabola. A tangent is a line that touches the parabola at exactly one point. Finding tangents to curves is historically an important problem going back to P. Fermat, and is a key motivator for the differential calculus.

In this step we will see how to algebraically find both secants and tangents to a parabola. The latter might be a bit of a surprise–because without calculus we are going to obtain a key calculus formula!

Here are two interesting challenges for you. Let’s see if we can derive some interesting aspects of the geometry of the parabola. The second one will require some thorough thinking. You will need to know that two lines are perpendicular precisely when their slopes multiply to \(\normalsize{-1}\).