The Qur'an Between Judaism and Christianity

Get an introduction to the history of the Qur'an, and its relationship with Judaism and Christianity.

The Qur'an Between Judaism and Christianity

Learn about central aspects of multilingualism in today's globalised societies, such as cognition, policies and education.

Irish 105: An Introduction to Irish Language and Culture

Deepen your understanding of Irish culture and language, exploring new conversational subjects such as the family and pastimes.

Explore the relationship between the Qur'an, Judaism and Christianity

This online course will illustrate how the Qur’an situates itself as part of, and as a correction to, the religious discourse of the Jewish and Christian communities of Late Antique Arabia.

The course will use the Qur’an, as well as Jewish and Christian historical documents, to reconstruct the religious landscape to which the Muslim scripture reacts in a pointed, precise and nuanced way.

This will give you a historically more informed understanding of nascent Islam, and will allow you to reconsider many of theological and cultural tenets of Late Antique Judaism and Christianity.

0:11Skip to 0 minutes and 11 secondsPeople hold starkly different views about the Qur'an. Some approach it reverently. Some historically. Some try to combine both approaches. Yet no matter who we are and what we believe, we can all agree on two things. First, the Qur'an remains the scripture of Islam, inspiring the lives of over a billion people, whose values continue to shape the world in which we live. The Qur'an matters. Secondly, the Qur'an contains a highly developed view of Judaism and Christianity. This view continues to shape the Muslim views of Jews and Christians on the one hand, and non-Muslim views of Islam on the other. Understanding how the Qur'an relates to Judaism and Christianity allows us better to understand the past as well as the present.

1:03Skip to 1 minute and 3 secondsWe invite you to join a team of international experts in exploring what we can know about the Qura'n's relationship to Judaism and Christianity. We will learn about the history of the study of the Qur'an in traditional Islam and in Western universities. We will probe the unique Arabian character of the Qur'an and trace what Arabian culture in turn may have shared with Judaism and Christianity.

1:34Skip to 1 minute and 34 secondsWe will try to understand why the Qur'an is similar to the bibles of the Jews and of the Christians, and how the Qur'an differs from these scriptures in specific and meaningful ways. We will explore the laws laid down in the Qur'an in light of the laws of late antique Jews and Christians and in light of the laws of later Islamic communities. Most importantly, we will try to understand the continuities between Judaism, Christianity, and the Qur'an, and in this continuity, try to appreciate the Islamic difference.

2:12Skip to 2 minutes and 12 secondsThis course invites you to develop and to reassess the question and to deepen your own views of the Qur'an, no matter what they are. And we will discuss what we learned in focused debates. You will have the opportunity to interact directly with many of the scholars teaching the course. What drives us is the vision that the more we learn about the Qur'an in its historical context, the more we will understand the significance of Islam. And the more we know about Islam, the more we equally learn about Judaism and Christianity. This is a unique course, and we hope that you can join the conversation.

This course is open to anyone who is interested in the history of the Qu’ran. It will be of particular interest to educators, clerics, journalists, lawmakers or scholars. 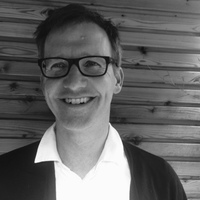 I teach Late Antique Religions, with a special focus on Judaism and on its relationship to Christianity and to the Qur'an, see https://www.divinity.cam.ac.uk/directory/dr-holger-zellentin 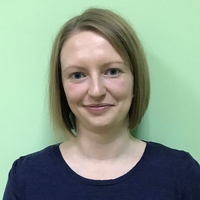 Rachel is a PhD student at the University of Cambridge. Her research focuses on the role of angels in the Qur'an. Rachel has worked alongside Holger Zellentin to design and build this course. 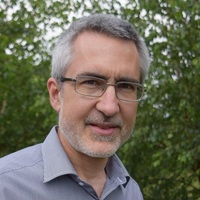 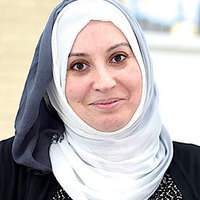 I am a lecturer in Islamic Studies at Lancaster University, UK. My research covers
the classical and pre-modern intellectual and textual traditions, particularly Qur'an hermeneutics and ritual law.

You can use the hashtag #FLQuran to talk about this course on social media.