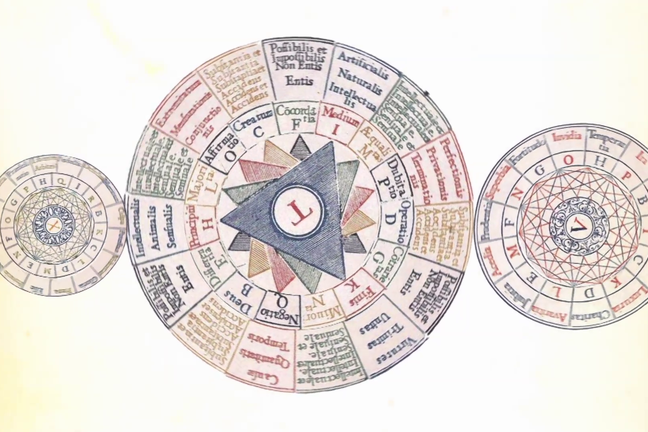 In the context of the crusades, Ramon Llull proposed fighting not by force but with arguments, as he believed that Jews, Christians and Muslims looked to God in a similar way and could find common elements.

He gathered what he called “the dignities of God”, universal rational principles, acceptable to all three religions. At first, Llull articulated his discourse on the basis of 16 dignities, but over the years he reduced them to nine: goodness, greatness, eternity, power, wisdom, will, virtue, truth and glory.

His logical demonstrations used a system of algebraic notation and figures, which have been a source of inspiration for philosophers, theologians and artists, who have used the combinatorial method for their creations. Without a doubt, Llull is a figure full of controversy, admired and rejected by some of the most illuminated minds of European culture. Today, he still attracts debate about models of the transmission of knowledge that are based on relationality and connectivity.