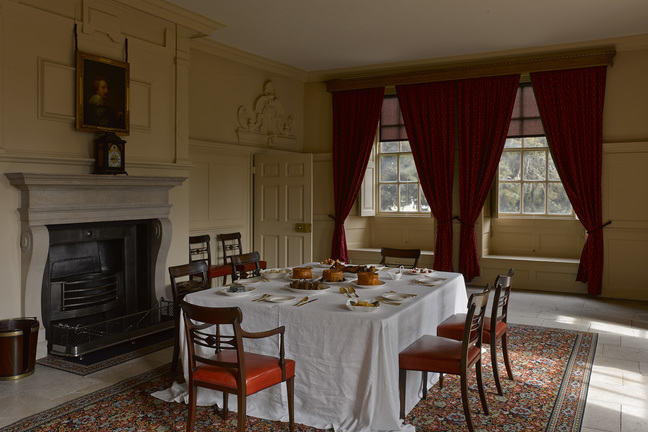 The King's dining room at Kew

In the last Step you saw how George III and Queen Charlotte were mocked for their restrained eating habits. But what were they actually eating? Was it just eggs and salad? Luckily the Clerk of the Kitchens recorded every meal served to the royal family at Kew so we can investigate George’s eating habits further.

Despite the severity of George’s illness, when the royal family stayed in Kew between November 1788 and March 1789 it was business as usual in the kitchens. We must remember, when looking at what was served to George and his family, that they were still the ‘royals’. The suppliers used were the finest in England, and despite popular thinking today, ingredients could be sourced out of season (for example, menus feature asparagus available in December), and new, exotic foods were available to them. Italian dishes were becoming particularly popular at this time, and we find ‘maccarony’ (macaroni) on the menus from this period, as well as vermicelli and parmesan cheese on the monthly orders. You can see one of the menus from this period at the bottom of this step, which not only features asparagus out of season, but also mentions an imported ingredient: rice. 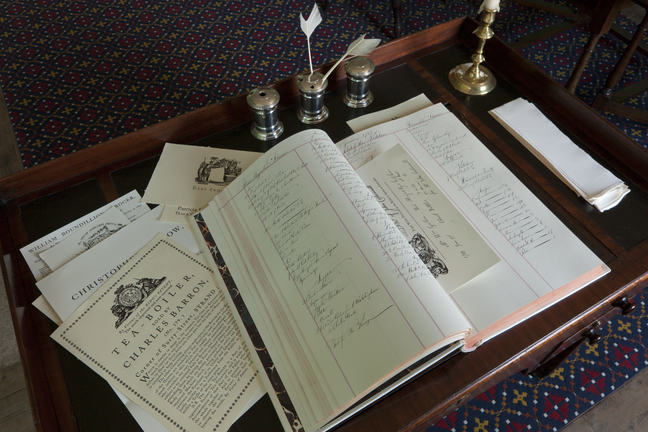 Dinner was served each day between 4pm and 5pm, when covered dishes of food would be taken from the kitchen by liveried servants, and arranged on the table for the diners to help themselves. There could be as many as eight different dishes on the table at any one time: this was called service à la Française. You helped yourself to what you fancied from the range of dishes on offer (similar to a buffet style today), and when this course was removed, all the dishes for the next were set out. The problem for contemporary historians is that we do not know exactly what was eaten from this selection. We know what was served, but diners could have as little or as much as they wanted, and any leftovers were generally reused for meals served the next day. However we do know that the Princesses were often served small roasted birds, such as blackbirds and larks. During George’s illness it is unlikely he was able to eat the majority of what was being served, perhaps he managed just the broth and jellies on offer.

The first course always consisted of soup, with additional dishes of meat stews and pies, poultry and usually fish. Sometimes ‘Removes’ were served, which were dishes which replaced one element without disturbing the others. Generally, because soup was eaten first, it was the dish to be replaced. The ‘Remove’ which replaced it was usually a large meat or fish dish, beef and mutton being the favourites, although venison was also popular. The second course would consist of both sweet and savoury dishes (although sometimes sweet dishes were also still featured in the first course at this time): poultry, cream tarts, fruit dishes, jellies and vegetables may all have been served. One example of a second course consisted of a blancmange and gateau de millefeuille served alongside stewed asparagus, spinach, potatoes and anchovy salad with roasted pheasant or truffles. You can find out more about à la Française dining later in the course. 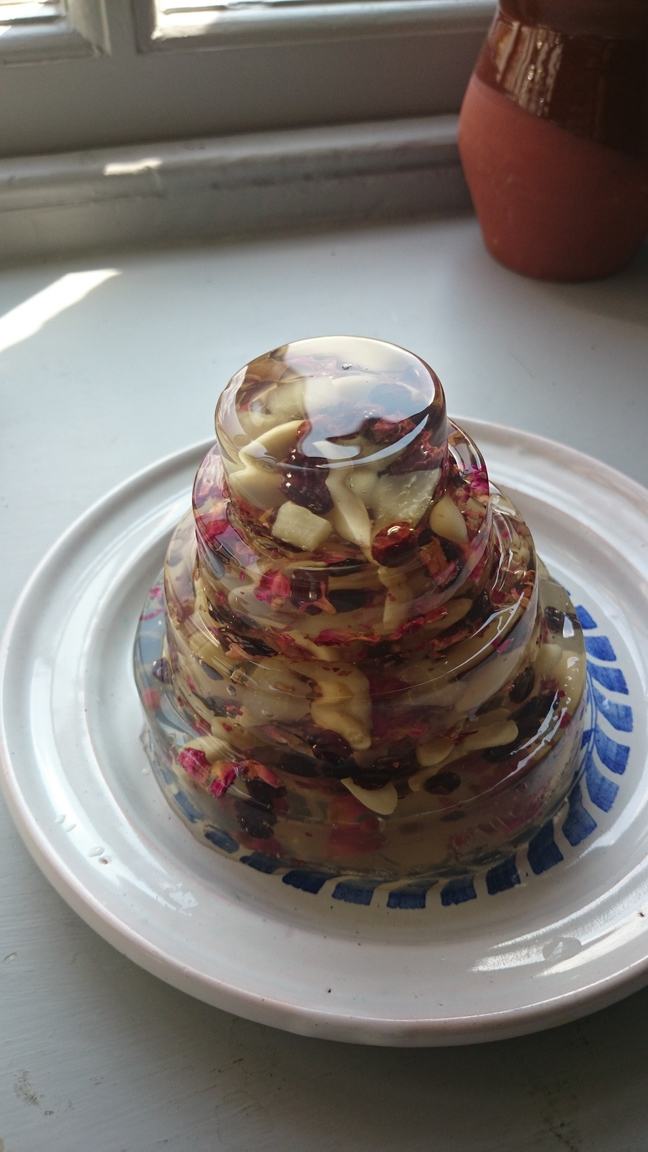 Variety was the order of the day to allow the Royal Family a bit of everything they fancied. For example, the menu for dinner on Christmas Day 1788 included stewed pike, pork, mutton cutlets and turkey. This was then followed by a large Christmas pie and roast beef, then roast pheasant, duck and mince pies.

Most dishes were served with a sauce made with butter, which might be flavoured with anchovies, oysters or shrimps. Over 700lbs of butter were used at Kew each month. Vegetables were served at every meal; these were generally served stewed, including those which we now eat raw today. The menus from George’s stay at this time record broccoli, lettuce and even cucumber stewed – the menu featured at the bottom of this Step has celery in a béchamel sauce as one of the vegetable accompaniments.

Late in the evening supper would be served, a ‘light’ meal to ward off hunger pangs until the following day. The royal family always had warm chicken broth as part of their supper, but generally supper would be served cold. It would consist of foods such as poultry, eggs, seafood, tarts and blancmange. At this stage, the Princesses resident at Kew were separately catered for by the kitchens, so they would eat elsewhere. The King’s sons had their own establishments. The Prince of Wales lived at Carlton House, dining on income from his own Duchy of Cornwall estates as well as loans and handouts from the King.

Of course, when the King was well, they could have guests (such as the Prime Minister, or visiting dignitaries) and there would be large scale state dinners when the King assumed a public role again. The same staff were responsible for those banquets. However, Kew’s Royal Kitchens were almost certainly not large enough for this. Those large scale entertainments, which might see the Prince of Wales or the Duke of York coming to dine with their father, tended to be at Windsor Castle. 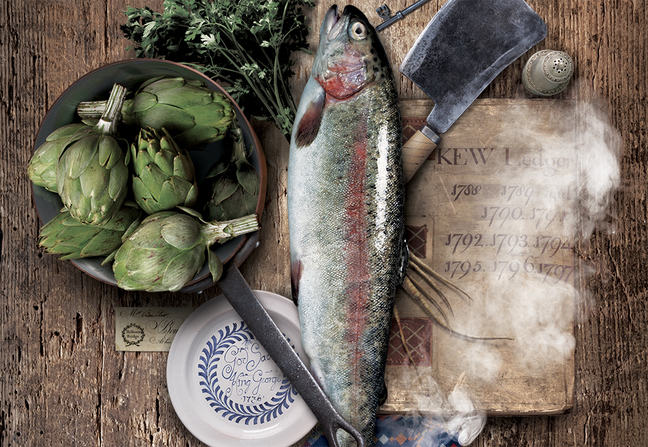 In the next Step you’ll be able to discuss whether or not George really was frugal, so to help you, have a look at this menu from December 1788. If you would like to see the menu for the rest of the household we have added a PDF at the bottom of this Step.