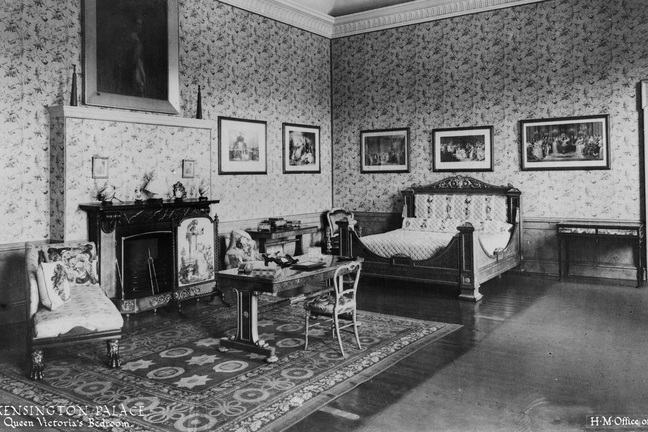 A 20th century image of Queen Victoria's childhood bedroom, which she shared with her mother

In 1836 Princess Victoria celebrated her 17th birthday. She had come through the dangerous childhood phase during which so many Victorians died, and was only a year away from reaching 18 (her majority), at which point she would be deemed an adult, and be able to rule by herself, without a regency. Her relatives were eager to find her a suitable husband: one who would support their interests and help to keep her on their side.

We don’t have a great deal of evidence for what happened on Victoria’s birthday, including what she ate. We do, however, have her own account of the day, for she wrote a lengthy entry in her journal. It starts:

‘Today I complete my 17th year; a very old person, I am indeed! I am most thankful, that I was brought through this year safely’

She had been seriously ill the year before, and in Victorian Britain childhood mortality was high, not just among the poor. Victoria would have been well aware that, at 17, she was through the most dangerous phase of her life, and on the verge of official adulthood. There was no longer any doubt that she would become queen, and within her family tensions were high: her mother and John Conroy had not given up trying to coerce her into making him an official part of her personal entourage, while from Belgium, Uncle Leopold wrote reams of letters, half-loving and half-worried, full of declarations of support, and advice for the future.

As with most days, the Princess woke at 7, got up at 8 and breakfasted at 9.30am. She exchanged personal gifts with her mother and Lehzen: these were private presents. They included a box for her letters from the Duchess, and some antique prints from Lehzen. In return she gave her mother a brooch with a lock of her hair in it, and Lehzen got a seal. After breakfast she turned to her official presents, which were laid out on a table. Throughout her life, birthdays were marked with present tables, often garlanded with greenery and always laid out with everything on display (no wrapping at that point), and she was always excited by them. Victoria was very careful to list all of her presents, and who they were from – she also had extra things given to her throughout the day by a host of aristocratic well-wishers, including Queen Adelaide – saving her warmest praise for the presents given to her by Uncle Leopold and his wife Louise, who she greatly admired for her elegance and fashion sense. Most of the day was taken up like this, along with a gentle walk and journal writing.

In the evening, however, Victoria had one of her rare excursions outside the confines of Kensington. 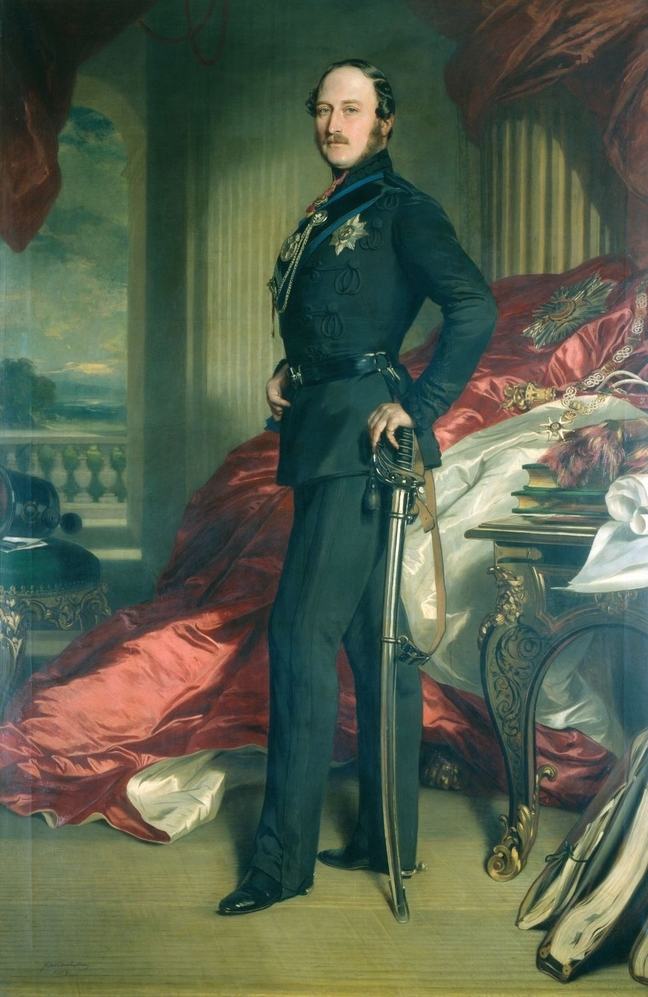 At this point there was a steady stream of eligible young men being offered for Victoria’s consideration. Most of them were cousins, both from Britain and abroad. The hope of her family, both the Duchess and Uncle Leopold, was that she would marry someone from their side of the family. They had settled on their brother’s second son, Albert of Saxe-Coburg-Gotha, as their candidate. He and his older brother Ernest were currently staying at Kensington, and it was clear for what purpose. However, while Victoria wrote enthusiastically of both brothers, and told Leopold that she much preferred them to any of the other unspoken candidates for her husband, she and Albert didn’t seem particularly well-suited. She was keen to escape the stifling atmosphere of Kensington, describing herself as, ‘fit for a great deal of dissipation’. He, on the other hand was described in her journal on her birthday as:

‘….poor, dear Albert, who had not been very well the day before, looked very pale & felt very poorly’.

He didn’t have the stamina for court life, going to bed early and having issues with the rich food. This exciting birthday excursion was a chance for him to wow her with his dancing, but it was not to be:

‘At a little after 7 we dined with Uncle Ernest, Ernest, Albert, Charles, Count Kolowrat & Baron Alvensleben. I sat between my dear Cousins.’

So far, so good, but the meal was probably too much for him. No record has survived of the menu, but there are clues as to what might have been served. We’ll explore this further in the next Step.

It, and the late hour, seem to have been too much for the Prince.

‘At ½ past 9 we went to a ball at St. James’s with Uncle Ernest, my Cousins, Charles the Dss of Northumberland, Ly Catherine, dear Lehzen, Count Kolowrat, Baron Alvensleben &c. Poor dearest Albert, who was very unwell when he went, after having been but a short while in the ball-room & having only danced twice, turned as pale as ashes, & we all feared he might faint; he therefore went home’.

Victoria did not come home until 2.30am.