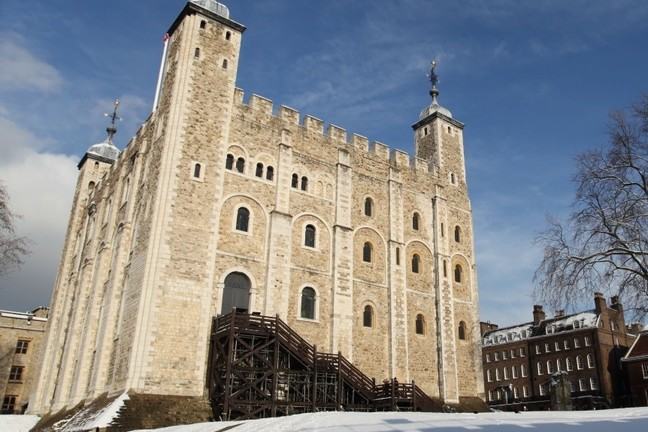 The White Tower in the snow

The Elizabethan Christmas was little changed from that of Henry VIII, despite England’s significant religious upheavals that had occurred. Christmas was becoming increasingly focused on hospitality, and the social inversions of the early Tudor Christmas were long gone, but the Twelve Days and their boisterous festivities continued.

‘What season then better of all the whole year, thy needy, poor neighbour to comfort and cheer.’

(A Description of Apt Time to Spend)

The Advent fast remained in place, and fish or fast days were promoted to help English fisherman. Christmas day at court was a day of religious devotion, as well as feasting, and Elizabeth was renowned for her morning and evening prayers as well as her small appetite for food and drink.

Compared to the Tudor Christmas, from the 25 December to the 6 January, the Elizabethans now only celebrated five official feast days – those of St Stephen (26 December), St John (27 December), Holy Innocents (28 December), the Circumcision (1 January) and the Twelfth Night. Following on from Henry, present-giving took place on the 1 January, while gifts, including gold, frankincense and myrrh, went to the chapel to celebrate Twelfth Night. Elizabeth operated a system whereby many of the gifts given to her were accepted by others on her behalf, so even if you were forced to buy the Queen an extremely expensive gift (compulsory if you’d fallen out of favour in the past year), you were unlikely to meet her face-to-face.

At court, entertainment centred on music, including songs and carols as well as plays. The Lord of Misrule was replaced by a Master of Revels during Edward VI’s reign, and was charged with organising an extravagant programme of plays, masques and processions. Commoners often attended the theatre, or went to festive events such as bear-baiting, which was especially popular at Christmas. Houses, including the palace, would have been decorated with evergreens, and some people brought in a yule log which was decorated and then set on fire. This custom may well pre-date Christian times, but the first recorded references to it date from the 17th century.

There was an increasing concern that Christmas was losing its devotional aspect, and becoming an excuse for bad behaviour and commercialism. There were even complaints that orange sellers had put up their prices for Christmas. Gentlemen (those who were not titled, but still of a decent standing in society) were now urged to return to their estates and spread their wealth around their counties for the good of all. Hospitality was seen to be the mark of a true Englishman, which included opening up one’s house to ensure that one’s tenants and dependants were all fed and clothed, with enough fuel to last them through the winter. Landlords and estate owners were obligated by tradition and morality to give gifts of food, wood and clothing to the poor who depended upon them. Most frequently these gifts included extra portions of beer, beef and bread.

Father Christmas appeared at some stage in the late Tudor or early Jacobean period as well, as a representation of Christmas. Clad in a mantle and usually depicted as an elderly and vulnerable – but wise – grey-bearded man, he was used by broadsheet writers who showed him being turned away from rich men’s doors, until he found shelter with a less fashionable but more hospitable gentleman in the country.

‘For brawn and souse they have in the house,

With goose and capon also.

For brewer and baker they care not a couple of flies,

Yet they will have ale, both nappy and stale,

(From The Englishman’s Christmas: A Social History, by JAR Pimlott)

The most significant addition to the Christmas table during Elizabeth’s reign was plum pottage, first recorded in 1573. Related to the later plum pudding, which in turn would become Christmas pudding, it was a sort of soupy stew based on beef, raisins, currants and bread, with spice if you could afford it. Pottages were a staple food for rich and poor alike, differing only in their contents. It would have been served with a number of other dishes, eaten throughout the winter season, but increasingly identified with Christmas. Meat remained the focus after a meatless Advent, especially as it denoted wealth and largesse. One writer, Nicholas Breton, commented that:

‘now capons and hennes, besides turkies, geese and duckes, besides beefe and mutton, must all die for the great feast, for in twelve days a multitude of people will not bee fed with a little’.

Brawn was eaten, or boar’s head at court, served with mustard and pickles, along with the great Christmas pies of the Henrician court. Mince pies were increasingly common as well, still mainly made of meat, and richly decorated.

The Wassail ritual was also still thriving, and Ronald Hutton, a diarist, described in 1555 how, at a gentlewoman’s house:

The after-dinner habit of banqueting was a new innovation, and reached its height under Elizabeth and her immediate successors. It was a separate course to the rest of dinner, consisting purely of sweet things, which were expensive, elaborate and often decidedly theatrical (sometimes the plates and glasses were made of sugar too, so that they could be smashed and eaten). Subtleties, made of sugar or marzipan, formed the centrepiece: Elizabeth’s included a chessboard and a model of St Paul’s Cathedral. Some grand houses had special banqueting houses constructed on rooftops or in gardens, specifically for the display and consumption of this extravagant course. With all the spice and potential for showing off, the banqueting course quickly became an important part of the aristocratic and royal Christmas. 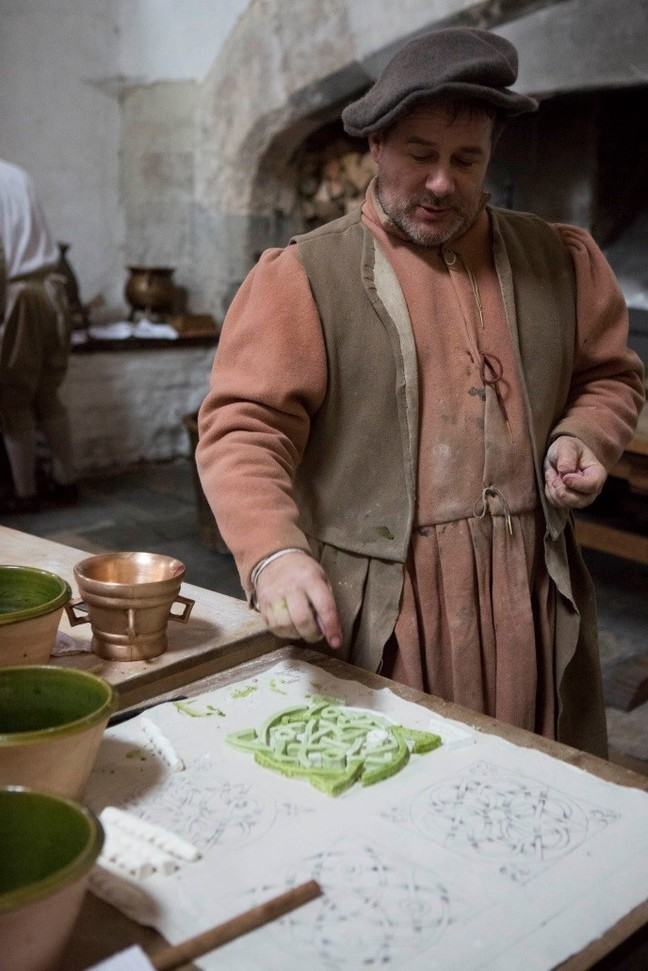 Edible gifts were very popular, along with jewels, and silver and gold plate. Among the Queen’s edible goodies were ‘eighteen caged larks’ in 1579, and a quince pie which she was given by John Dudley, her Sergeant of the Pastry. She regularly received items for the banqueting course, including marmalades (solid set fruit purées, usually moulded, gilded or with a pressed design on them, to be eaten with a spoon), marzipans, preserved fruit and jellies.

Twelfth Cake continued to be a staple of Twelfth Night celebrations, and combined showmanship with fun. Until the early Georgian period, the cake generally contained a dried pea and a dried bean. Whoever found them would then play the Twelfth Night Queen and King, in a typically medieval inversion of the social order. We’ve included a recipe for a traditional Twelfth Cake, why not try it at home and introduce your own game. You can share a photo of your finished dish on the Padlet Wall and/or tell us about the game you’ve chosen in the comments area.