This course will explore what inequalities are and how they can be reduced through health and social care.

This course explore the ways that health and social care service design can lead to, but also address, inequalities. Inequalities are caused by very similar factors everywhere, they just look a little different, depending on the setting.

We are using Scotland as a case study to allow us to engage in a manageable discussion of the issues. Scotland is a small but varied country, with densely populated cities and almost uninhabitable mountain ranges. There is wealth and there is poverty. It is a great example of country that faces its challenges head on, and aspires to eliminate inequality.

0:16Skip to 0 minutes and 16 secondsSPEAKER 1: It is a much quoted fact that the gap between the haves and the have-nots is expanding. We've all heard that the rich are getting richer and the poor are getting poorer. But very little has been said about how the inequalities can be addressed in our societies. Let's take Scotland as an example. Scotland is a small country, but one that has an enormous breadth of different environments. From densely packed cities to sprawling rural areas, from barely inhabited mountain areas, to isolated islands with small communities. The distribution of population in Scotland is extreme to say the least.

0:53Skip to 0 minutes and 53 secondsYou realise how access can affect health inequalities, and how the environment can be of consequence, and that the demands on hospital services will vary widely. In Fife, you'll find the most expensive street in the country overlooking the famous St. Andrews old course, where the average house price is 2.2 million pounds. But just 20 miles away are areas that are in the 20% most deprived in the country. Poverty and deprivation influence health outcomes. The three most common causes of death here are cancer, heart disease, and stroke. Whether you survive one of these three illnesses has a lot to do with where you live.

1:35Skip to 1 minute and 35 secondsA person from greater Glasgow and Clyde is nearly twice as likely to develop lung cancer, for example as someone from Grampian, and once they have developed the illness, will be nearly twice as likely to die from it as a patient from the Borders. The percentage of adults who smoke is 11% in the least deprived areas, versus 40% in the most deprived areas along with eight times as many hospital admissions for alcohol-related problems. Often the blame is put at the door of poverty, but this does not illustrate the whole narrative at play here. There are multiple complex factors that occur in Scotland, and where and how people live.

2:14Skip to 2 minutes and 14 secondsAnd, at a wider scale, this is the same for all countries in the world. In this free online course we will consider the causes of health inequalities, and we'll explore projects aimed at addressing these national, regional, and local levels.

The course is aimed at those working in health and social care who are interested in reducing inequalities and addressing inequity in their own context. While the course is designed to give professionals the practical tools needed to deliver more equitable outcomes, it is also suitable for anyone who is interested in health inequalities wherever they might be. 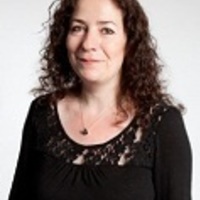 I am a midwife of 20 years and am a Senior Lecturer at the University of Dundee, responsible for internationalisation in the School of Nursing and Health Sciences. I am a lead educator with the SISSC

University of the West of Scotland

University of the West of Scotland is one of the country’s largest modern universities, and aims to have a transformational influence on the economic, social and cultural development of the region.

You can use the hashtag #FLhealthinequalities to talk about this course on social media.