Sorry, this course will not run again. Browse other courses.

Learn the fundamentals of Taoism and how to apply it with this free online course.

Taoism, although its origins lie in Ancient China, has a far ranging global influence even to this day. Laozi offered inexhaustible truth for everything on earth in just 5,000 words. Taoism also enjoys equal popularity with the bible. On this course we’ll explore exactly how Taoism is being applied in today’s world.

Understand Taoism across the world

As Taoism has spread it’s been interpreted in many different ways. We’ll have a look at how European and Western cultures are using and applying the various beliefs of Taoism. Plus we’ll learn more about one of the key texts about Taoism: Lao Zi, the Chinese cultural epic.

Learn about Taoism in a variety of ways

Throughout the course you’ll learn about Taoism through vivid and interesting examples and different types of media helping you to explore Taoism fully.

Explore how to apply Taoism

In a hectic modern world full of distraction applying Taoism might seem difficult. This course will offer you some hints and tips on how to apply Taoism in modern society and benefit from the truth Taoism has to offer.

There are no special requirements for this course but an enthusiasm for discovering new ways of thinking might be useful. 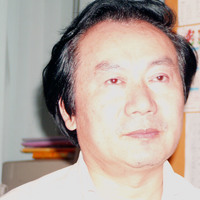 Ph.D., Professor & former director, Institute of World Literature of Peking University，Co-President of the International Association for Comparative Studies of China and the West (IACSCW).

DeTao Masters Academy (DeTao) is a world class educational organization focusing on innovation and the revolution of education, devoted to new education models that go beyond conventional approaches.

You can use the hashtag #FLtaoism to talk about this course on social media.