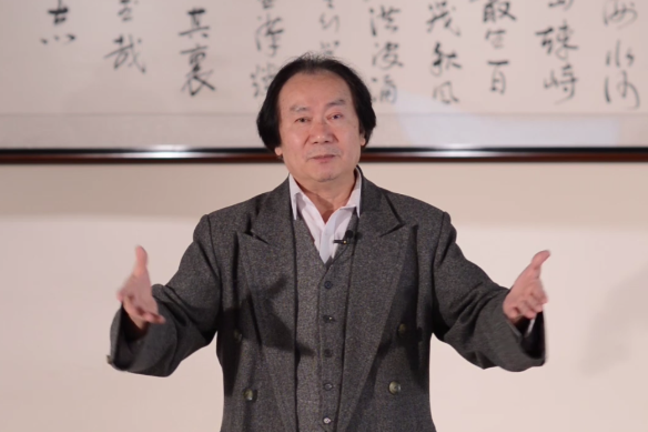 Professor Gu Zhengkun, the leader educator of this course

Welcome to the course. I’m Gu Zhengkun. My friends and I will explore the Dao De Jing with you in this course.

Tao Te Ching or Dao De Jing, one of the masterpieces in Chinese literature and philosophy written by Laozi (or Lao Tzu) more than 2,500 years ago, is widely acknowledged as the most influential and well-known Taoist text. Both Laozi and Tao Te Ching have been commonly recognized in China and other countries.

Confucius, a teacher, editor, politician, and philosopher in ancient China, praised Laozi as “a learned and visionary sage with quick wit”. Friedrich Nietzsche, a German philosopher, cultural critic, poet and philologist, described that “the book (Tao Te Ching) by Laozi embodies so much wealth of ideas that reading it is like fetching water from a well that has endless replenishment”. The former German Chancellor Gerhard Schroder advised that each German family should read Tao Te Ching to help themselves out of doubt and confusion. The British scientist, historian and sinologist, Joseph Needham, a fellow of the Royal Society, considered Taoism to be the “source of intuitive scientific philosophy in China”. William Durant, the American writer, historian, and philosopher, held that Tao Te Ching is the sole work one needs to attain knowledge and collect wisdom from.

In modern and ancient times, there are numerous versions of translation and explanation of Tao Te Ching in both Chinese and other languages, among which many are revelatory and insightful. However, for the interpretation of this classic book in the new era, Taoism shall be expounded in a systematic way so as to be accepted by the general public. This is the task assumed by this course. In combination with contemporary society, culture, life and other spheres, this course is aimed at making common people benefit from the unprecedented masterpiece.

I’m in the lead in this course and will be glad to respond to your questions and comments.

This course is also designed and produced by over six experts on different fields, to name just a few, Professor and Doctoral Tutor at Peking University in China, Roy Ascott (De Tao Master of Technoetic Arts), a pioneer of technoetic arts and a professor and doctoral tutor at University of Plymouth in United Kingdom and Roger T. Ames, Professor of Philosophy at University of Hawai’i and Co-director of the East-West Center’s Asian Studies Development Program in the United States.

All of these experts have new and interesting visions of the Dao De Jing. This must be a unique and worth trip. Enjoy it!