Explore fascinating Scottish history by learning about the Highland clans and how clanship has changed across hundreds of years.

Discover the important history of the Highland clans

The Highland, Gaelic speaking clans are a vital part of Scotland’s history. They also shape how the world imagines Scotland today.

This course uses the expertise of University of Glasgow academics to explain the structure, economy and culture of the clans. It covers the centuries between the fall of the MacDonald Lords of the Isles in 1493 until around 1800, when the clans dissolved away as a result of social economic change. It then discusses how the legacies of clanship shaped global images of Scotland up until the present.

0:30Skip to 0 minutes and 30 secondsANDREW MACKILLOP: The Highland clans are today one of the most instantly recognizable of Scottish icons, from the literary influence of authors, such as Sir Walter Scott, to the current TV phenomenon that is Outlander, the clans-- or more properly, perhaps, our ideal of the clans-- retain a constant fascination. The word clan derived from the Scots Gaelic word "clann," meaning children. Ideas of kinship, both real and imagined, and of common family heritage, lay at the heart of what it meant to be a clan.

0:59Skip to 0 minutes and 59 secondsRightly or wrongly, a long extinct form of social organization associated with the Gaelic speaking highlands and islands has become one of the major ways in which millions of people across the world imagine Scotland and come to identify with it. This modern global profile is all the more remarkable for being overwhelmingly inclusive and positive, in marked contrast to the clan's historic reputation. Throughout history, the clans were often be seen by lowlanders and outsiders, at least, as uncivilized, warlike, treasonous, and even criminal in character. DR.

1:32Skip to 1 minute and 32 secondsSIM INNES: Meanwhile, Gaelic-speaking Scots had their own understanding and their own vision of what clanship meant for them. The landscape, seascape, and their natural resources were seen as potent symbols of an idealized world view. Gaelic poets literally sang the praises of their chieftains as the source of legitimate political and legal power, physical protection, and the guarantors of a natural, balanced social order, in tune with both God and monarch. DR.

2:04Skip to 2 minutes and 4 secondsANDREW MACKILLOP: For the people that lived under their authority, perhaps the ultimate purpose of the clans was to try and make this ideal a lived reality in the harsh climate and environment of the north and west of Scotland. Negative and positive mythologizing and stereotyping were therefore woven together to give us one of the most powerful and immediately recognizable images of Scotland and Scottishness. These cultural understandings have continued to evolve long after the clans themselves have slowly dissolved away as a meaningful form of social community. DR.

2:35Skip to 2 minutes and 35 secondsPAULINE MACKAY: This University of Glasgow three week course helps you explore the fascinating history and the equally fascinating afterlife of the clans. It stretches over 500 years, from the fall of Clan Donald's lordship of the isles in 1493, to contemporary representations of the clans in theatre, TV, and film. DR.

2:56Skip to 2 minutes and 56 secondsRONNIE YOUNG: Drawing on the University of Glasgow's unique range of experts in the archaeology, history, religious history, language, and literature of Scotland, it gives learners a broad but critical introduction to the clans and the multiple cultural legacies they have left us. DR.

3:12Skip to 3 minutes and 12 secondsCATRIONA MACDONALD: Above all, this online course helps you understand how the clans existed as dynamic, adaptable, living communities. We will critically assess the myths and stereotypes that sprang up after their demise. The large number of clan and Highland societies, Highland Games, and the love of all things tartan that developed in the nineteenth and twentieth centuries has often been dismissed as inauthentic, but these are a vital part of the story. DR.

3:41Skip to 3 minutes and 41 secondsANDREW MACKILLOP: The course will help you think in new ways about the historic origins, persistence, and the ongoing evolution of these modern and contemporary visions of the clans.

This course is for anyone interested in Scottish History, Gaelic culture, and the way Scotland is represented in the modern world. No prior knowledge is required; all learners are welcome. 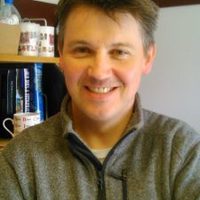 Andrew is a specialist in Scottish History at the University of Glasgow. He studies the eighteenth- and early nineteenth century Highlands and their incorporation into the British state and empire.

You can use the hashtag #HighlandClans to talk about this course on social media.