Find out more
Home 12 Black history pioneers with careers that will inspire you
Published on October 9th, 2020 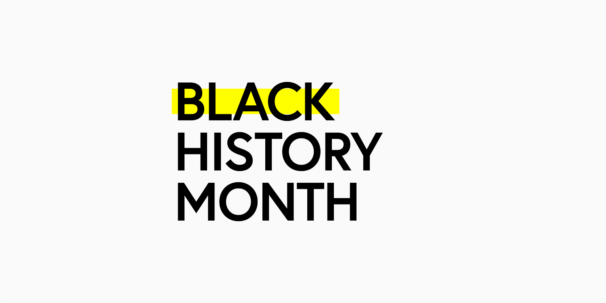 In this post, we’re exploring the black icons who chased a dream and changed the world. Featuring inspirational life and career stories spanning science, education, healthcare and business, prepare to be all-at-once humbled and inspired…

Descending from a background of slavery, it was an office role in a patenting law firm which led Lewis Latimer to the lightbulb moment that changed the face of science. Bored of the menial office job, Latimer taught himself the art of mechanical drawing and went on to patent an improved method for the production of carbon filaments in light bulbs. This marked the beginning of the widespread use of lighting.

Brighten your career prospects in the industry of inventorship with our free, online course on learning to prototype for business. Designed with future scientists in mind, this popular course guides you through the process of creating, developing and pitching your own prototype. What will you invent?

Picture this: it’s 1973 and an African-American woman is studying particle physics at university; a setting fraught with racial bias and gender inequality. That woman was Dr Shirley Jackson and she was the first African-American female to earn a doctorate at the Massachusetts Institute of Technology (MIT). Dr Jackson later contributed to the invention of the portable fax machine and caller ID; both key technological advancements that shaped communication as we know it today.

If you’re keen to join the physics movement and educate a new generation of young scientists, you may enjoy our free online course on teaching primary science physics. By the end of the course, you’ll be equipped with all the relevant subject knowledge from the primary curriculum and have a toolkit of practical activities for engaging students through your lessons.

Each time we congratulate ourselves for reacting to an online chat with the perfect GIF, we should also be celebrating the genius animation skills of Lisa Gelobter. As well as inventing the Graphics Interchange Format (GIF), Gelobter was involved in bringing animation and video streaming software to life – think Shockwave and HULU. Gelobter has since combined her technology talents and personal experiences of discrimination to launch teQuitable; a company aimed at making workplaces more equitable, through technology.

From software engineers to roboticists, the careers landscape for artificial intelligence is booming. If you’re inspired by Gelobter’s journey to making the world a better place through technology, take a look at our Artificial Intelligence and Robotics courses. In particular, the free course on designing a feminist chatbot teaches you how to use AI to create a chatbot that stamps out gender stereotypes.

Black Icons with Careers in Education

Born into a peasant farming family in the Carribean, Augustine ‘Gus’ John overthrew the common roadblocks set out for black men of his time, to chase a strong education and thriving career. Having migrated to the UK in 1964, he later became the first black Director of Education and Leisure Services in Britain. His campaigning for education and human rights has transformed the lives of marginalised young people in Britain’s cities.

If you’d like to learn more about the laws that change lives, we think you’ll like this free human rights online course. You will learn the core principles of human rights and how they have influenced international criminal law. By the end of the course, you’ll have gained the knowledge and techniques needed to form debates around this topic.

Yvonne Connolly was Britain’s first black female headteacher. Moving to Britain in August 1963, Connolly proved popular with her pupils and was later appointed as headteacher of what was referred to as “a white man’s school”. Angry letters from the public ensued, along with threats to burn the school down. Yet, Connolly’s determination has seen her become a key figure in black history, celebrated for her passion for teaching and her contributions to making education more equal.

Teaching changes lives. If you’d like to be a part of the movement, our Teacher Training PGCE assists in finding the most suitable pathway into teaching for you. This online training course will help you to build the confidence and skills you need to educate children in an engaging and inspiring way.

For a true tale of transformation in both education and healthcare, Susie King Taylor is a notable icon. Taylor ignored the boundaries that restricted African Americans from learning openly; instead, she taught herself to read and write in secret. Taylor later became the first black army nurse in the Civil War. She also transformed the education landscape, as the first African American to teach openly in a school run for former slaves in Georgia.

If you’re interested in nursing or developing your knowledge of healthcare, we think you may enjoy this free introduction to nursing course. This will develop your understanding of the roles of nurses, from personal care and supporting families, to public health and infection control.

With a white father and black mother, Mary Seacole and her family were banned from public professions. Seacole applied to the war office to assist in nursing the wounded during the Crimean War, yet she was rejected. Relentless in her pursuit, Seacole levelled-up her leadership skills and funded her own trip to Crimea where she set up a successful “British Hotel”; here, she nursed many of the wounded back to full health and went down in history as a key black figure in healthcare.

Proving that great things are often achieved under tough circumstances, Alexa Canady is an example of why we should never give up on what we’re passionate about. As a black female, Canady was subjected to years of discrimination in education. After losing her confidence and almost dropping out of college, Canady carried on, to become the first female African American neurosurgeon in the United States. She’s become a key figure in pediatric neurosurgery, celebrated for her ability to change – and save – lives through first-class care.

1943 was a notable year of advancement in healthcare, as Dr Charles DeWitt Watts became the first board certified African American surgeon in North Carolina. His contribution to the medical industry didn’t end there. Amongst other achievements, Watts was one of the key figures involved in making healthcare accessible to the poor.

If you’re keen to contribute to the improved quality of healthcare, then you may enjoy the Quality Improvement in Healthcare course, where you will explore new and better ways of organising health and social care services. This free course is CPD certified, which means it can be used to provide evidence of your continuing professional development.

Behind the sequins and spotlights of the MOBO awards is one inspiring story of black entrepreneur, Kanya King MBE. King founded the MOBO awards in 1996 to champion music of black origin and, with limited support, has since admitted to having remortgaged her home in a fight to keep the MOBO legacy alive. Now, having challenged the norms of the music industry, King’s business has become a powerful force in fighting racism in music and celebrating black culture.

If you’re looking to set up your own business, you may find this free course on business management useful. This introductory-level course will teach you about the key aspects of business management: managing money, people, information and of course, yourself.

Challenging the norm can change the world and Oprah Winfrey is a case in point. Winfrey has spoken openly about her impoverished upbringing, multiple accounts of sexual abuse in her childhood and her experiences of racial injustice. Yet, her entrepreneurial spirit led Winfrey to start her own production company. She’s since become North America’s first black multi-billionaire. Known for her talents as a talk show host, television producer, actress, author and philanthropist, Winfrey is often named as the most powerful woman in America and the most influential black person of her generation.

Whether you’re looking to innovate in your personal or professional life, this free course on investigating innovation will have you exploring the importance of thinking differently, particularly in an entrepreneurial setting.

From orphan, to America’s first female self-made millionaire, Madam CJ Walker took African American hair care from the sidelines and into the spotlight. Having suffered with severe dandruff and other hair-related ailments common amongst African American women of her time, Walker developed a formula that worked for herself and began selling it to others. As an advocate of women’s economic independence, she later opened training programs for her sales agents, employing female managers and paying healthy commissions.

Fundraising for Start Ups is a free, online course that covers the basics of funding a start-up business. You’ll explore the importance of financial backing and how to attract – and negotiate with – investors.

Knowing the past, shapes the future and we couldn’t help but feel inspired by these black inventors, healthcare professionals, teachers and entrepreneurs from different walks of life; all united in pushing through racial injustice to change the world. What will you go on to achieve next? In the words of Madam CJ Walker, “don’t sit down and wait for the opportunities to come. Get up and make them”.