Find out more
Home Digging deeper into life in the time of Richard III
Published on November 21st, 2013

Deirdre O’Sullivan, the lead educator on the University of Leicester’s free online course, “England in the Time of King Richard III,” talks about what learners can expect to study. 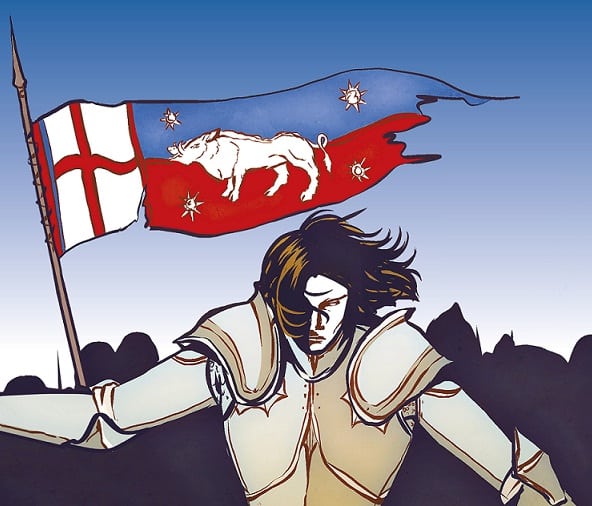 There has been worldwide interest in the discovery of the skeleton of King Richard III in a car park in Leicester. We decided to draw on this popular interest and create a course that would expand people’s understanding of the times in which he lived.

The course covers a range of themes and deals with different aspects of 15th century life. In developing it, we wanted to give learners a deeper understanding of Medieval England and to engage with some of the deeper processes of change and innovation in the period.

Looking beyond the Wars of the Roses

The “Wars of the Roses” conjures up a picture of brutal tribal conflict, and for many, the period fits the caricature of “big men and battles” history.

This is the kind of history writing that preoccupied Shakespeare, who has been very influential in how the period has been viewed. But it is only a small part of the story.

One of the themes we look at in the course, for example, is the long-term changes for peasants and farmers in the countryside in the aftermath of the Black Death, which caused a dramatic population fall in the middle of the 14th century.

The ensuing labour shortage created opportunities, and increasing prosperity, but it also resulted in very basic changes in attitudes to property, breaking up the system of common rights that underpinned medieval farming.

The birth of printing

The 15th century is also sometimes presented as a period of decline. But the most influential technological innovation in the West before the industrial age – printing – appeared in the later 15th century. From slow beginnings, it went on to transform how knowledge was transmitted all over the world.

So another theme we deal with is the genesis of printing in England, looking at how the first books in the new medium were created and used, alongside manuscripts.

Other themes focus on the everyday – one deals with medieval food and cooking, for example, another with beliefs and the commemoration of the dead.  The final theme reviews the discovery of Richard’s body, and the analytical techniques now available.

In each theme we will encourage you to discuss and debate aspects of the course.  I really hope you do – it will be really interesting to see how such a large cross-section of people engage with the different topics.

Exploring Leicester and its surroundings

The team have been able to draw on the resources developed for the Richard III project, but we have also stepped beyond this, going out and about to collect material. In the food episode, for example, we go to the beautiful manor house at Donington le Heath in Leicestershire, where the medieval kitchen is still more or less in working order – though not now available for catering purposes!

We have also drawn on the recent work at Bosworth Field and Towton, where archaeological investigation has shed detailed insight into how battles were fought on the ground. The burial pit at Towton illustrates the physical courage needed to face the brutal tactics of medieval close combat – no knights on horses here!

Want to know more about this fascinating period? Join “England in the Time of King Richard III” now.